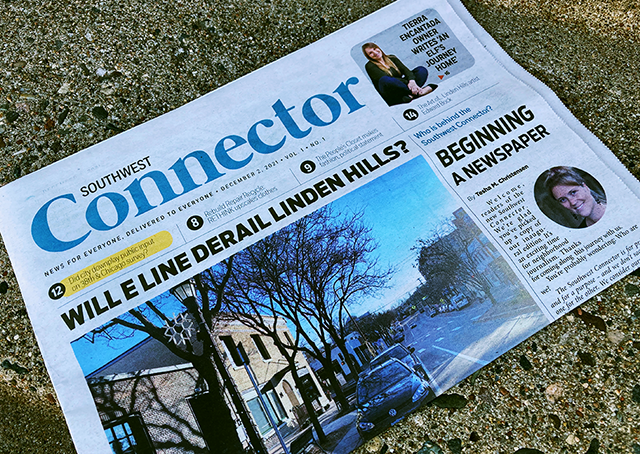 Even with COVID-19 still with us, 2021 has turned out to be a much better year for Minnesota journalism than 2020, with much more positive developments and signs of optimism going forward.

1. The Star Tribune wins a Pulitzer

The Strib’s ongoing reporting of George Floyd’s death in 2020, with police reporter Libor Jany writing or co-authoring three of the five articles, brought journalism’s greatest honor to the world’s largest news gathering organization of Minnesota. The Pulitzer jury praised The Strib “for its urgent, authoritative and nuanced coverage of the death of George Floyd at the hands of police in Minneapolis and the reverberations that followed.” The full entry included photos and an interactive graphic.

This was the newspaper’s fourth Pulitzer since the Morning Tribune and the Afternoon Star merged in 1982, and the first since winning two in 2013 – Steve Sack for editorial cartoon and Brad Schrade, Jeremy Olson and Glenn Howatt for local reporting.

The St. Paul Pioneer Press won three Pulitzers from 1986 to 2000. The last one, written by sports journalist George Dohrmann, exposed academic fraud in the University of Minnesota men’s basketball program that led to NCAA sanctions.

So what is CherryRoad Media, and why is it buying Gannett papers in Minnesota and five other states?

CherryRoad is part of a technology company based in northern New Jersey. Last year she acquired the Cook County News-Herald in Grand Marais, and in July she launched the Rainy Lake Gazette in International Falls shortly after the closure of the International Falls Journal. The most recent acquisitions include the Crookston Daily Times, Granite Falls Advocate-Tribune, Montevideo American News, Redwood Falls Gazette, St. James Plaindealer, Sleepy Eye Herald-Dispatch, and the Tri-County News of Cottonwood.

For those of us in journalism, any owner is better than Gannett, or the vulture hedge fund Alden Global Capital which runs Pioneer Press. Both companies have reduced their staff and stripped their properties to the bone to maximize profits. So far Jeremy Gulban, CEO of CherryRoad, has been saying all the right things about the importance of local newspapers.

â€œWe look forward to supporting the communities our newspapers serve in any way we can,â€ he said in a statement to USA TODAY Network. â€œThere are many exciting initiatives on the horizon with this new venture, with much more to look forward to in the months to come. Please continue to support your local newspapers and journalists. They serve to remind us where we have been, as well as where we are heading. “

Last year we told you about the Star Tribune’s effort too address the diversity of its editorial staff and improve relationships with journalists and color editors. In 2021, that included hiring Myron Medcalf as the newspaper’s first Black Metro columnist and appointing nighttime photo editor Kyndell Harkness as associate editor for diversity and community.

As Harkness recently noted in the Strib, this work is in progress, but there has been progress. Harkness reports that half of recent newsroom hires are journalists of color. One is columnist Laura Yuen, an Asian American woman hired by Minnesota Public Radio.

In the sports arena, this year Twins defeated writer La Velle E. Neal III became the first black general columnist in this section, breaking his long list of middle-aged white men (Patrick Reusse, Dennis Anderson , Jim Souhan and Chip Scoggins). The Strib and Pioneer Press have long lagged behind many of their peer journals in the diversity of sports columnists, so that helps.

Newspaper layoffs and shutdowns dominated media headlines in 2020, with City Pages and the Southwest Journal among the Twin Cities metro losses. In 2021, new companies began to fill some of the gaps.

Four City Pages alumni launched Racket, an art and entertainment website in the cheeky spirit of pre-Strib CP. Like all good alt-weeklies, Racket mixes seriousness with idiot, and doesn’t hold back. Its recent ranking of local pizza “chains” has caused a predictable decline in readers. offended to see their favorites wildly.

These add to a media landscape that has seen the Minnesota Reformer, Sahan Journal, Axios Twin Cities and Eden Prairie Local News join the online mix for the past three years. All of them are doing a wonderful job. More is better.

Local TV news is another area where diversity lags behind the rest of the country, especially in sports. When Mark Rosen retired in January 2019, WCCO-TV hired Norman Seawright III, who is black, as the weekend sports presenter after he promoted Mike Max to Rosen’s athletic director. Seawright is WCCO’s first black sports presenter since Bob Rainey died of colon cancer in 2008.

KARE-11 did a better WCCO, bringing in Reggie Wilson from WCPO to Cincinnati as athletic director when Eric Perkins left the station. Wilson is considered to be Black TV’s first sports director in this market. Wilson offers a more conventional sports broadcast than the wacky Perkins, but his airy styling and engaging on-air personality fits in well with the KARE-11 anchor desk.

Speaking of KARE-11, Huppert’s news blood cancer diagnosis hit colleagues and viewers hard. Huppert’s Minnesota-based â€œLand of 10,000 Storiesâ€ series never disappoints, winning a shipment of local Emmys for its folk style and cornless storytelling. My all time favorite? The one about the truck driver and his domestic duck.

The son of a Wisconsin farmer, Huppert, 59, will continue to work from his home in Edina while undergoing chemotherapy.

Our MinnPost.com colleague, a staple of the Twin Cities arts and entertainment scene, died on September 26 of a stroke. She was 70 years old. Susan Albright, Former Editor-in-Chief of MinnPost heartfelt recollection praised Espeland for “a lively and curious mind and a kind and generous mind. Espeland wrote Artscape for a decade. She passed away at her home in her office, preparing for interviews the next day.

MinnPost’s detailed and independent news is accessible free of charge to everyone, without paywall or subscription. Will you help us continue this way by supporting our nonprofit newsroom with a tax-deductible donation today?