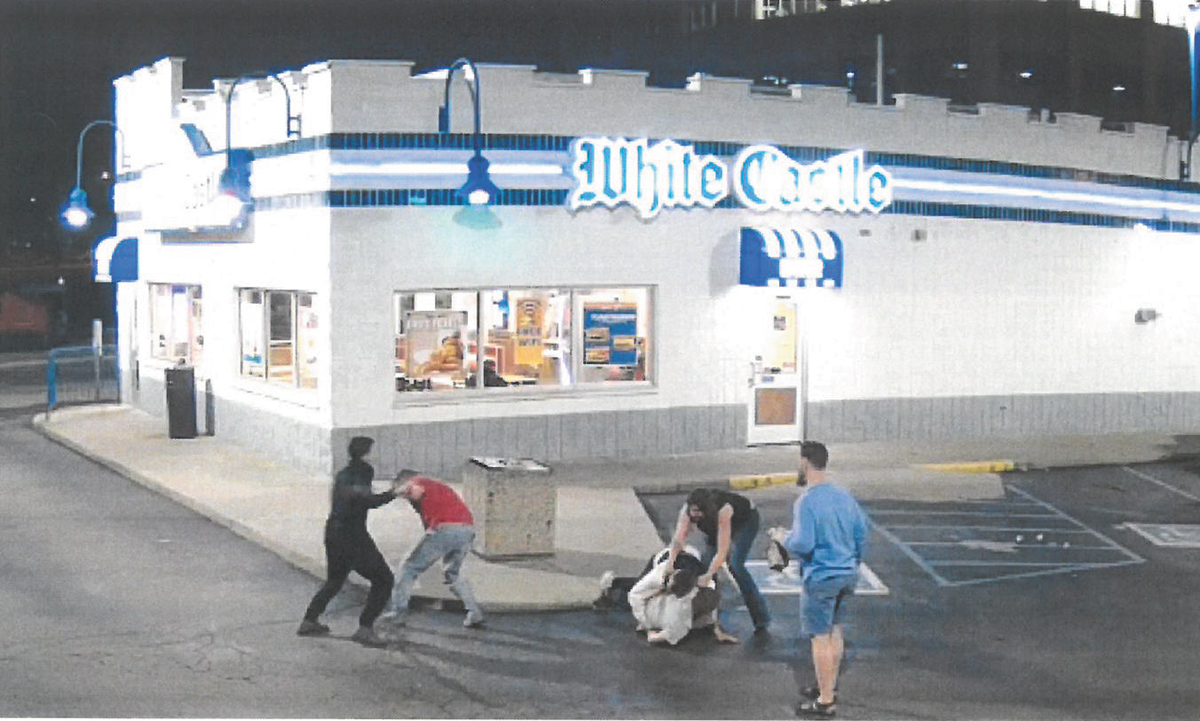 One by one, witnesses to the May 2019 shooting that landed two southern Indiana judges in hospital spoke last week to recall what they saw at the scene of the shooting in a downtown Indianapolis restaurant White Castle and in the days that followed. These witnesses, testifying for the prosecution, ultimately led to the conviction of Brandon Kaiser, the man who shot Clark County Judge Bradley Jacobs and former Judge Andrew Adams.

Kaiser was found guilty in Marion Superior Court of multiple counts of assault and battery and one count of carrying a handgun without a license on September 21. His nephew, Alfredo Vazquez, previously pleaded guilty to aggravated assault in connection with the fight, as did Adams. .

Each of the four judges involved in the shooting – Adams, Jacobs, former Crawford County Judge Sabrina Bell and Clark County Magistrate Judge William Dawkins – spoke for the prosecution, recounting the events of the 30 April and May 1, 2019.

Kaiser himself spoke in his defense, but Indiana Lawyer was not present for his testimony and his attorney, David Margerum of Indianapolis, did not respond to a message requesting information about the defense case. . Margerum indicated at the start of the trial that Kaiser would pursue a claim of self-defense.

Third-party witnesses who testified for the prosecution filled in many blanks about the shooting, creating the most comprehensive picture to date of the near-fatal incident.

The shooting happened around 3 a.m. on May 1, 2019, while the judges were in Indianapolis for the spring judicial conference. They arrived at the White Castle on South Street after a night out drinking in local bars and restaurants.

Kaiser and Vazquez arrived at the White Castle shortly after the judges after drinking a beer each at Kilroy’s Bar & Grill, according to Vazquez, who also testified for the prosecution.

Dawkins was the only judge to enter the restaurant, leaving Adams, Bell, and Jacobs waiting outside.

A central dispute in the case has been the question of what actually caused the fight that turned into a shootout in the parking lot. Bell and Adams testified that their conversation with Kaiser and Vazquez began when Bell told the men they should use the restaurant’s front door because the side door was locked and the conversation escalated from the. But Vazquez testified that Kaiser whistled at Bell, prompting Adams and Jacobs to shout profanity.

There was also a question about who physically started the fight. Adams testified that he remembered Vazquez running towards him and then being hit, while Vazquez testified that Adams first charged towards him, so Vazquez responded in kind.

Either way, a fight ensued and Kaiser is eventually seen on surveillance video shooting Adams once in the abdomen and then shooting Jacobs twice in the chest area. / of the abdomen.

Across the parking lot from White Castle, manager Jeanne Benefiel was taking her break from her truck when an employee came on the helmet to tell Benefiel about the fight.

Benefiel went inside to use the restaurant’s hotline, which automatically calls a security company. But when shots were fired, she immediately called law enforcement.

Benefiel is first seen on surveillance video standing in the doorway watching the fight. After Kaiser opened fire, she came out to deal with Jacobs. She remembers getting towels to apply pressure to Jacobs’ wounds while another employee tried to remove part of his uniform to stop the bleeding.

After the gunshots, Vazquez and Kaiser returned to Vazquez’s SUV. Benefiel saw them off, Kaiser making a parting comment to the effect of, “I told you not to mess with me.”

Benefiel is also seen briefly dealing with Adams before she and the judge walk over to Jacobs.

One of the first people to respond to the scene that morning was Indianapolis Metropolitan Police Department Patrol Officer Joshua Hasseld, who was sitting in a patrol car in another parking lot about a block away. of houses. Hasseld recalled trying to get a statement from Bell, whom he described as “visibly upset” and “in an almost hysterical state.”

Kaylee Schellhaass of the Marion County Crime Lab was also called to the scene to document and collect evidence. His testimony included photos of a blood-soaked parking lot, three pairs of broken glasses, bloody towels, a fired casing and a fired bullet covered in blood.

Schellhaass then went to the shock ward of Eskenazi Hospital, where she found the white shirt Jacobs was wearing, soaked in blood on all sides. She also found a fired bullet cartridge on the floor near the shirt.

Det. IMPD Ronald Clayton – who sat with prosecutors throughout the case – was the lead aggravated assault detective at the scene, and he called homicide detectives for help.

Adams was taken to Indiana University Health Methodist Hospital in Indianapolis, where he was seen by Dr. Jonathan Kirschner.

Kirschner said Adams was admitted as “Trauma One”, which he described as the “upper trauma” level. When a patient is Trauma One, the case not only involves medical professionals, but also other professionals such as a chaplain and a social worker. Clayton also said Trauma One patients had a “good percentage of deaths.”

Adams was conscious when he arrived at the hospital and described his pain as a 25 on a scale of 1 to 10. He had been shot in the colon and his large intestine was severed. So he underwent emergency reconstructive surgery or, according to Kirschner, he faced infection or even death.

Photos taken at the hospital showed Adams with a swollen, black right eye, multiple scratches and bruises, a knot in the back of his head and tubes running down his neck.

The former judge would spend 16 days in hospital – a longer stay than normal for this type of gunshot wound, according to Kirschner. He suffered an internal leak after the initial surgery, resulting in sepsis and subsequent procedures including colostomy, colostomy reversal and ileostomy.

Meanwhile in Eskenazi, Jacobs was suffering from a liver injury. He said a bullet had “nicked” his liver and added that both bullets had missed his vital organs.

Even so, Jacobs was intubated and had broken ribs, a broken nasal bone, facial injuries and back muscle spasm. When he tried to eat, his stomach wouldn’t digest any food, which meant he had to be sucked in, leaving him unable to retain nutrients.

Additionally, Jacobs told his doctors that he didn’t want strong painkillers based on his experience running a drug treatment program.

Jacobs’ initial hospital stay lasted about two weeks, during which time his doctors “removed everything” from his abdomen to check for any debris. When Jacobs was released, he was told he would likely catch pneumonia and, in fact, had to be admitted to Clark Memorial Hospital in Jeffersonville for one night for treatment for pneumonia shortly after returning home. .

Photos of Jacobs in hospital showed a long line of staples in his abdomen where doctors cut him open for surgery. There was also a photo of a very large, very dark bruise on his back, which he now believes to be a liver bruise.

After speaking with nearby witnesses and locating Vazquez’s receipt from Kilroy’s, law enforcement obtained a search warrant for the duplex Kaiser shared with Vazquez. Officers attempted to serve the warrant on May 4, 2019, according to Clayton, but were unsuccessful in getting Kaiser out of the house using a speakerphone and a phone call.

Thus, the police began to deploy tear gas. It took six rounds of tear gas and almost four hours of negotiations with the SWAT team before Kaiser got out.

Law enforcement then photographed Kaiser and Vazquez, who each had a few scratches. They also seized Vazquez’s SUV, but the weapon was never found.

In the years that followed, Vazquez and Adams pleaded guilty and received suspended sentences – Vazquez was given probation – while the three judges were suspended without pay, Adams for 60 days and Bell and Jacobs for 30 days. Dawkins has not been criminally charged or sanctioned.

Adams lost his bid for re-election in 2020, while Jacobs ran unopposed that year.

Bell was a candidate for re-election in November, but ended his campaign in the spring and resigned from the bench following a felony charge in a separate criminal case. She agreed never to hold judicial office again.

Adams is listed on the Indiana Lawyers List as working at the Adams Law Firm in Jeffersonville.

Kaiser will be sentenced on October 21.•