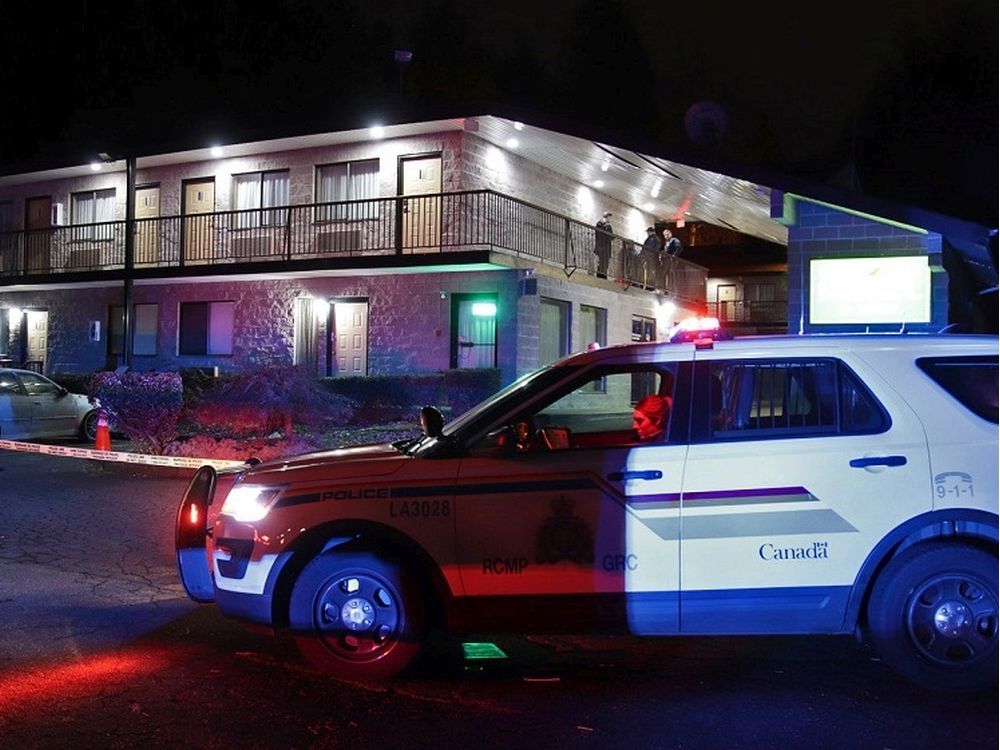 One man died in Langley, while another was injured in a targeted shooting in Surrey. These two attacks follow a separate gang-related shooting in Coquitlam on Friday afternoon.

It was a busy Friday night for crime detectives in Metro Vancouver, following the death of a man in an apparent homicide in Langley and another injured in a shooting in Surrey.

The overnight police incidents followed another homicide in Coquitlam on Friday afternoon.

Shortly before 9 p.m., Langley RCMP were called to the Highway Hotel near the 20400 block of 88 Avenue in Langley to treat an unconscious male.

Upon arrival, constables said they found a man in medical distress, suffering from life-threatening injuries. He died while being treated by paramedics, according to the RCMP.

Langley RCMP suspected foul play and called the Integrated Homicide Investigation Team and Coroner. Langley Mounties did not say how the man died. They ask anyone with information to contact IHIT at 1-877-551-IHIT (4448) or by email at [email protected]

An hour and a half later, Surrey RCMP were called to a targeted shooting in the Whalley area. The appeal concerning a possible shooting in the region of 13303 Central Avenue entered at 11:30 p.m., according to the RCMP.

The Surrey Gang Enforcement Team attended the scene and found evidence of a shooting. Shortly after, a man arrived at a nearby hospital with non-life-threatening injuries.

The Surrey RCMP General Investigations Unit has now taken charge of the case. Officers are in the area collecting evidence, including CCTV footage.

We apologize, but this video failed to load.

It is believed to be a targeted shooting related to the ongoing gang conflict in the Lower Mainland.

The Surrey shooting follows another drug-related shooting on Friday afternoon in Coquitlam. In this targeted attack, a man was taken to hospital with non-life-threatening injuries after a shooting at around 3:30 p.m. in the 1600 block of Chickadee Place.

Shortly after, a vehicle fire was reported in the 2200 block of Hope Street in Port Moody and was believed to be linked to the shooting.