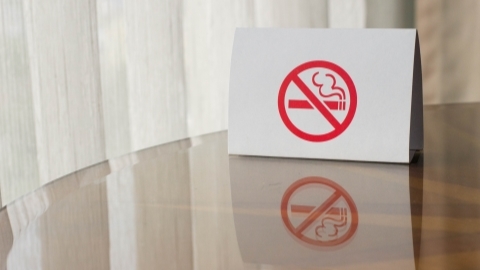 Internet cafes and restaurants are the main violators of the city’s smoke-free laws, health officials said Thursday as they blacklisted 15 poorly classified places following a wave of unannounced inspections.

The authorities imposed penalties on the violators.

During inspections, officials said most public places have posted “no-smoking” signs, but there are ashtrays and cigarette butts on the floors of some.

Shanghai has launched anti-smoking campaigns in recent years and has seen consecutive declines in adult smoking rates over the past seven years. The rate was 19.4% last year, one of the lowest in China.

To further control smoking in public places, local health authorities began in 2019 to conduct on-site investigations and publish a blacklist of places of greatest concern.

Public transport hubs, entertainment and sports venues, hotels, internet cafes, restaurants and office buildings are the areas with the highest number of complaints.

Officials said local residents can report violators and offer advice on smoking control violations through the health cloud, or Jiankangyun, the application and the Shanghai WeChat non-smoking account. The authority will investigate and impose sanctions, if warranted, after inspection.