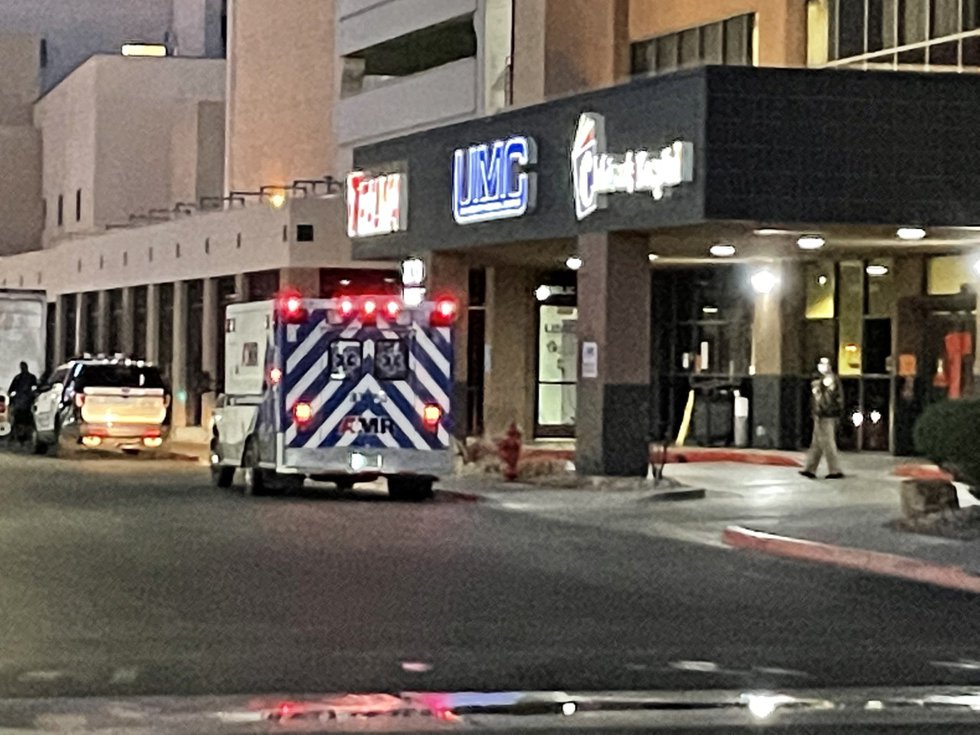 LVMPD said the incident happened around 1:50 a.m. on June 23 in the UMC psychiatric ward. The initial call to police was to report a person with a knife.

LVMPD said a psychiatric patient, a man in his 40s, came out of his room armed with a knife. The patient entered the hospital room of the first victim, a man in his 20s, and stabbed him, LVMPD said. The victim was in soft restraints at the time.

Police said the suspect then walked out of the room and stabbed another patient who was in a hospital bed in the hallway of the ward. This patient, also a man in his twenties, was able to escape. LVMPD said he should be fine.

LVMPD corrections officers who were at the UMC with another patient heard the commotion and were able to respond within a minute, the LVMPD said. The suspect ran back to his room when he spotted the officers, police said. The suspect was eventually taken into custody.

Police said it was unclear how the patient obtained the knife. Police also said the suspect was not restrained prior to the incident.

Police did not say why the suspect was hospitalized or whether the man had a criminal history.

THE ROOTS AND REVERBERATIONS OF LOS ANGELES COUNTRY-ROCK, PRESENTED BY CITY NATIONAL BANK