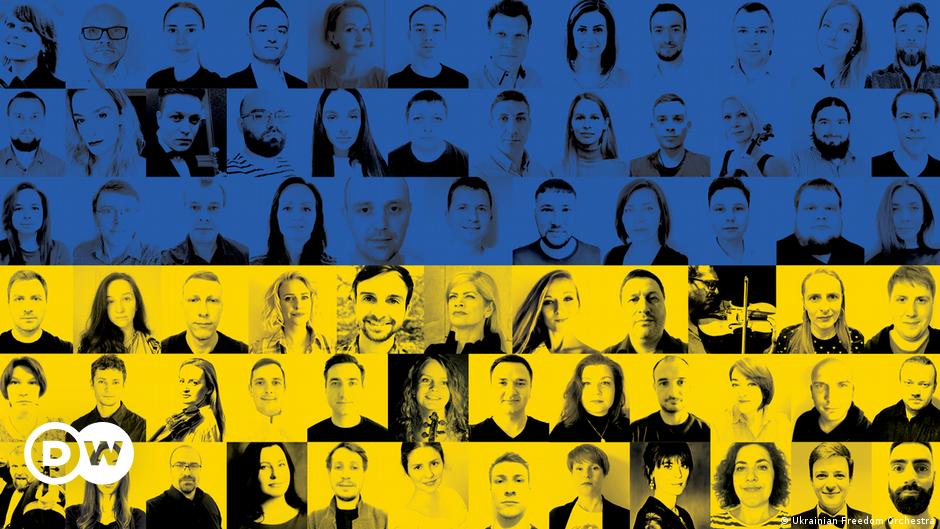 The Ukrainian Freedom Orchestra was founded in solidarity with the victims of the war in Ukraine.

Conductor Keri-Lynn Wilson told the world in a Youtube video earlier this year that she decided to turn the horror she felt “during the invasion of Ukraine into action, uniting the Ukrainian musicians into an artistic force to aid in the struggle for their freedom as a nation.”

They come together in solidarity to make music for Ukraine’s freedom as a nation, Wilson said.

The orchestra is on tour in Europe and the United States from July 28 to August 20. Guest concerts are planned in Munich, Berlin and Hamburg in August.

The conductor has Ukrainian roots

The creation of an orchestra that would make a statement against the war dates back to an initiative of the Metropolitan Opera of New York and the Polish National Opera.

The idea, however, goes back to Keri-Lynn Wilson, who has Ukrainian ancestry. The Canadian maestro grew up in Winnipeg, a Ukrainian hotspot in Canada.

His great-grandparents were among the Ukrainian immigrants who settled there in the early 20th century.

Wilson looks back on an international conducting career spanning more than 20 years, working with some of the world’s most renowned orchestras, including the Los Angeles Philharmonic Orchestra and the Bavarian Radio Symphony Orchestra. She has also conducted at major opera houses, including Covent Garden in London, the Bavarian State Opera in Munich and the Bolshoi Theater in Moscow.

The Ukrainian Freedom Orchestra rehearses at the Polish National Opera

“Defend the sovereignty of my country”

The orchestra has 75 Ukrainian musicians, some of whom have been allowed to leave Ukraine with special permission from the government.

Others have joined orchestras across Europe to perform with their compatriots. Wilson’s goal was to bring together the best Ukrainian and foreign orchestral musicians to demonstrate artistic unity.

Several members of the orchestra commented on the project in a moving video blog on the Metropolitan Opera website.

Roksolana Kalynets, from Lviv who plays the viola, said she joined the Freedom Orchestra to support her country “in this difficult time”. I want the whole world to hear through the music that we want to experience in our beautiful and free country,” she said.

“Music is a language for everyone. It is a language of peace and good, friendly communication and support,” said Oleg Moroz, a clarinetist from Kyiv. “I would like to dedicate our concert tour to all those who defend the sovereignty of my country.”

Ostap Popovich, principal trumpeter at the National Theater in Warsaw, said “Music leads to victory. Despite the terrible events in Ukraine, we must continue to live and create, to be active.”

Iryna Solovei, a violinist who fled Kharkiv with her daughter, hopes “this tour will show the world that Ukrainians are a very talented, hardworking and highly educated people”. 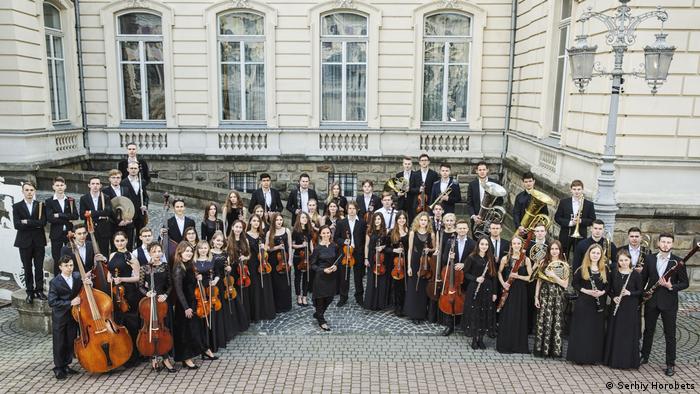 The orchestra spreads the “language of peace” on the world stage

“There are now many, many spontaneously organized projects. One of the biggest of them is Keri-Lynn Wilson’s Freedom Orchestra,” she told DW.

The members of the orchestra are young musicians who have received training, she said.

“However, they are currently unable to regularly participate in the repertoire or work professionally in Ukraine. That is why it is wonderful that Wilson had the idea of ​​playing this great symphonic program,” Lyniv said.

Orchestra members also give many interviews to communicate the reality to everyday Ukrainians.

“They are given a platform to tell their personal stories and experiences,” Lyniv said. “It is important that people in Europe and around the world judge the situation in Ukraine not only through the mainstream media and through the actions of politicians, but also through the personal stories of the people and families who are affected.”

The orchestra’s program includes the Seventh Symphony by Ukrainian composer Valentin Silvestrov and Piano Concerto No. 2 by Frédéric Chopin, with Ukrainian virtuoso Anna Fedorova. The decision was made not to play Russian works.

Ukrainian soprano Liudmyla Monastyrska, who sang the role of Turandot in Giacomo Puccini’s opera of the same name at the Met this spring, will sing the grand aria “Yo monster! Where will you go?” from Beethoven’s Fidelio — a hymn to humanity and peace in the face of violence and cruelty.

This article was originally written in German.

‘Hijrah’ moment: Coming out of the dark side of payday loans – Universities