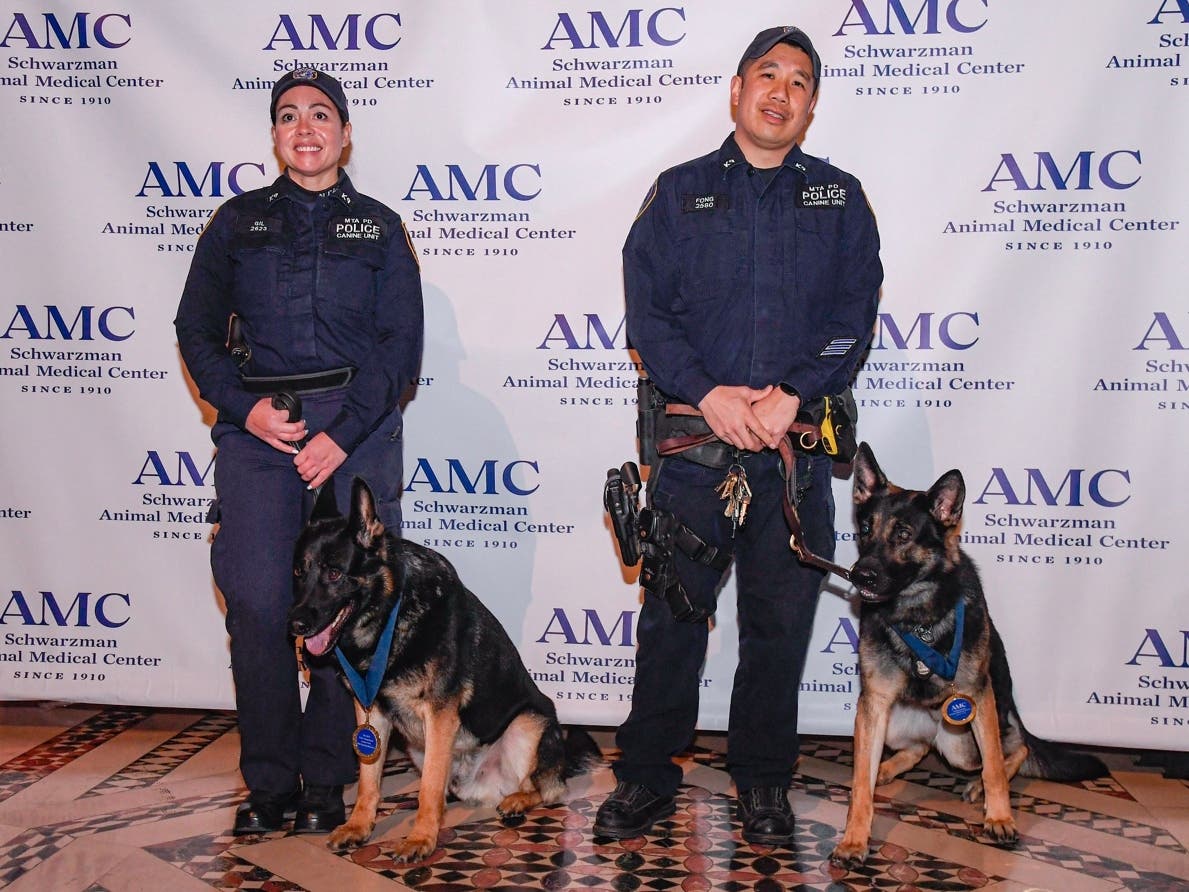 The Top Dog Award is presented to a group of working dogs in honor of their commendable service.

“We are proud of the work our canine teams have done from the start of training through to day-to-day operations,” MTA Police Chief Joseph McGrann said in a statement announcing the honor. “This recognition is a reminder that our canine unit is also front line workers, who serve and protect alongside a police officer.”

The MTA PD Canine Unit currently has 36 teams whose mission is to deter terrorism and prevent crime on the Long Island Rail Road, Metro-North Railroad, Staten Island Railway, and at respective transportation terminals and facilities.

The MTA PD canine unit reinvented canine training to be effective in preventing terrorism in a transit environment after September 11, 2001. They implemented a combination of unique patrol, intelligence and detection tactics. explosives and have learned to adapt to different threats as they develop.

The MTA PD has one of the largest canine explosives detection forces in the country, according to law enforcement.

In June 2015, the MTA PD Dog Training Center (CTC) was opened in Stormville in Dutchess County to better enable the in-depth training required. The main building measures 20,000 square feet on 71 acres and is recognized as the most advanced and largest police dog facility in the country. The training center is equipped with 26 indoor / outdoor kennels, a canine medical room, real-world simulated training grounds including rail cars, rail tracks and level crossings.

“This award rightly highlights our canine teams who undergo extensive training,” said Lt. James Chirillo. “Most people don’t realize how difficult it can be to train a dog for a transit environment – to get used to noise, crowds and even extreme weather conditions in certain situations. MTA PD’s canine is truly a special dog. “

Cases climb and memories of 2020 come back