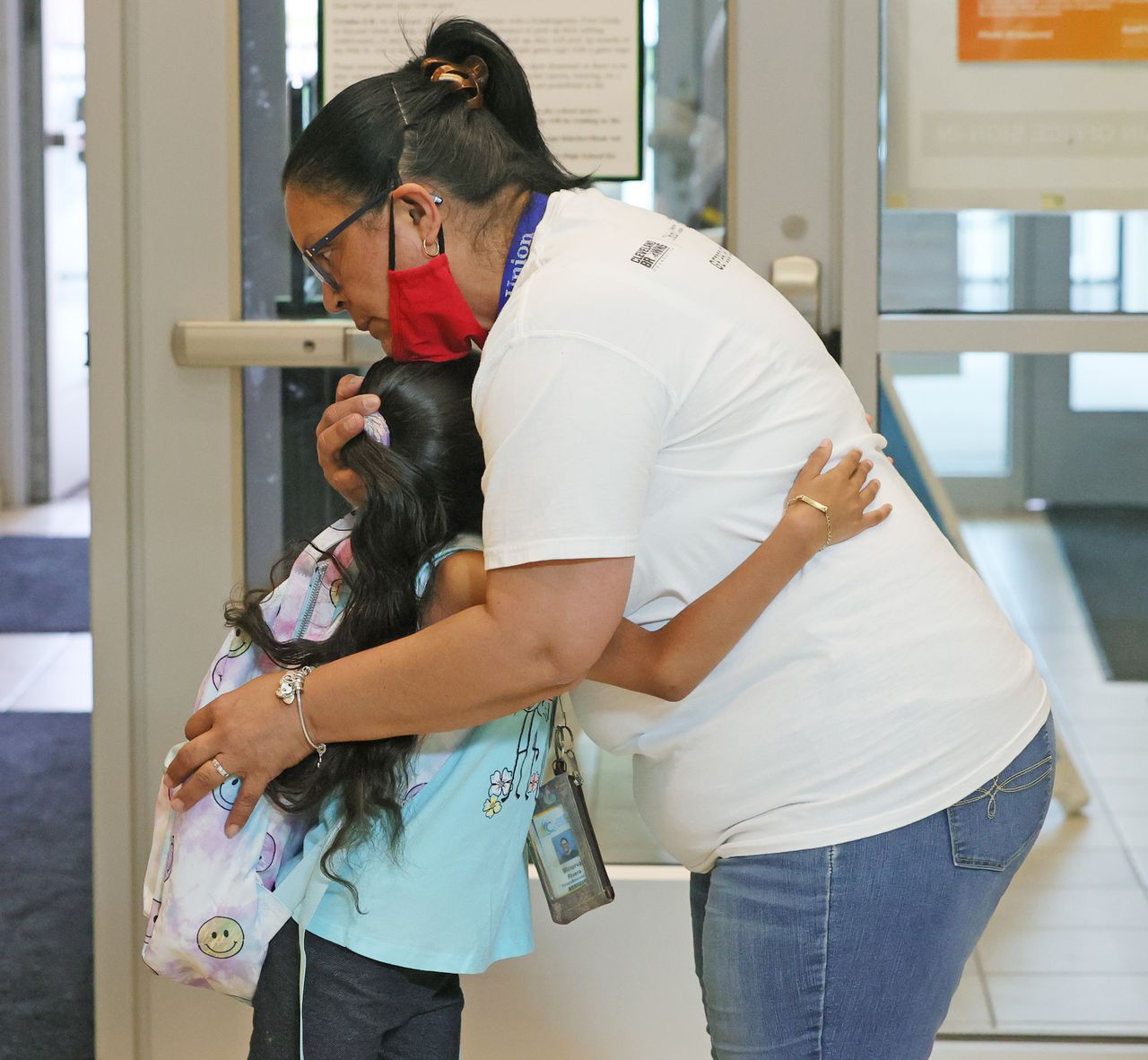 The Cleveland Promise: Discover the Challenges of Children and Teachers in the Classroom: The Revival of Tuesday, September 20, 2022

Subscribe to Alarm Clock, cleveland.comThe free morning newsletter from , delivered to your inbox weekdays at 5:30 a.m.

We all care about public schools.

They spend our tax dollars, educate our children and prepare the next generation of workers and leaders. But unless you’re a child or a teacher, it’s hard to see what’s going on inside them.

Now, cleveland.com takes readers into a Cleveland fourth-grade classroom to meet students, teachers, and administrators — and experience challenges many kids could never fathom.

Northeast Ohio Weather Forecast Tuesday: Sunny with chance of showers at the end of the day

The Cleveland Promise: Over the past year, the Cleveland Metropolitan School District granted Hannah Drown and Cameron Fields unprecedented access to Almira Elementary School to give readers an up-close view of the enormous challenges of educating children in poverty and what the school district is doing to overcome them. The first story highlights the school’s emergency response team, created to help children deal with family trauma, including sisters whose parents were arrested one morning before school.

Today in Ohio: The two men vying to become Cuyahoga County’s next executive, Democrat Chris Ronayne and Republican Lee Weingart, shared very different philosophies and policies of government that they would pursue if elected. We talk about their heated debate with the cleveland.com editorial board on Today in Ohio, cleveland.com’s daily half-hour podcast.

Ninth district: Toledo Democratic Rep. Marcy Kaptur’s congressional district has changed dramatically and she faces a new challenger: Republican nominee JR Majewski, a nuclear industry veteran from Port Clinton who aligned himself with the former President Donald Trump. Sabrina Eaton reports that if Kaptur defeats Majewski, she will become the longest serving woman in the history of either house of Congress.

Hydrogen market: Ohio and six other Midwestern states on Monday announced a coalition designed to help develop a hydrogen market in the region, with the goal of creating more jobs and reducing carbon emissions and other pollutants, reports Jeremy Pelzer. Governor Mike DeWine and his counterparts in Illinois, Indiana, Kentucky, Michigan, Minnesota and Wisconsin have created a Midwestern Hydrogen Coalition to work together to create a “robust Midwestern market” for hydrogen. hydrogen and ammonia produced with little or no greenhouse gas emissions.

Holocaust Memorial: The United States House of Representatives on Monday approved legislation that would give the Kol Israel Holocaust Memorial in Bedford Heights the status of a national memorial, reports Sabrina Eaton. The bill’s sponsor, U.S. Democratic Representative for Warrensville Heights Shontel Brown, said that “in a time of rising anti-Semitism, remembering the history of the Holocaust is more important than ever. and learn from it”.

Illegal dumping: The City of Cleveland will work with Case Western Reserve University and Cleveland State University on a solution for illegal landfills that is powered by artificial intelligence. The end product will ideally provide new city-owned technology that Cleveland could use to identify those responsible for the spill, Courtney Astolfi reports.

IT projects: After years of delays and millions of dollars in overruns, Cuyahoga County settled for a version of a major IT project as “doable” on Monday, when it announced its intention to abandon another. Kaitlin Durbin reports that the Enterprise Resource Planning project to streamline county payroll and connect all county offices online will require more work and money going forward, but is otherwise complete, but The Harris System project to overhaul the county’s property tax system was halted because “too many problems have arisen.

Fall alerts: Up to 1 million Americans across the country experience falls in hospitals, putting them at risk of fracturing bones and sustaining head trauma. In Columbus, a hospital reduced falls to zero for a select group of patients by giving them smart socks that detected when they stood up unaided, reports Julie Washington.

The judge continued: A Summit County judge argued and shoved a court-appointed psychologist inside the downtown Akron courthouse, leading sheriff’s deputies to attack and use a stun gun on the man for walking through an employee entrance to the courthouse, a lawsuit alleges. Adam Ferrise reports that psychologist Curtis Williams II accused probate court judge Elinore Marsh Stormer of lying to investigators by saying Williams pushed her.

RV rocker: Jeff and Patti Kinzbach, Northeast Ohio’s favorite RV couple, are having their trips held up a bit due to repairs, reports Marc Bona. Then they head southwest.

“Shop of Horrors”: It takes a mischievous sense of humor to appreciate “Little Shop of Horrors”, reports Joey Morona. It is now in Playhouse Square until October 9 as part of the opening show of the Great Lakes Theatre’s 2022-23 season.

— Organized by Laura Johnston with contributions from Cliff Pinckard

Jury convicts Ohio man of impersonating African prince in attempt to steal over $800,000