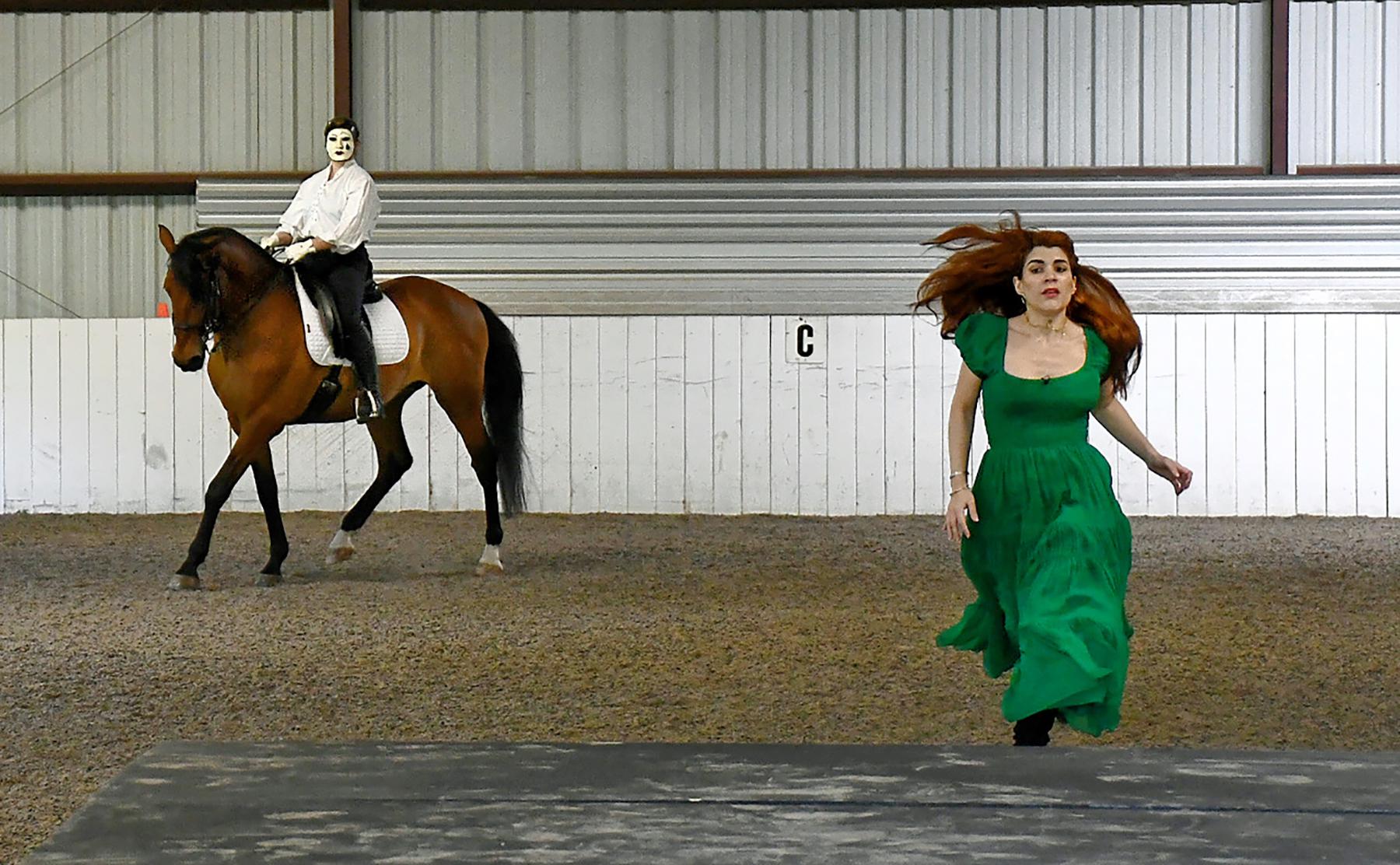 OLD LYME – Imagine watching a troupe of Spanish and Lusitano horses dance to the highlights of a beloved and tragic opera performed by world-class opera singers.

On Saturday, September 10 and Sunday, September 11, Connecticut’s Opera Theater will stage “The Passion of Carmen,” a one-act event featuring a collaboration of opera and dressage at High Hopes Arena in Old Lyme.

The production, which the OTC presents with Patricia Norcia Dressage and High Hopes Therapeutic Riding, is unprecedented, according to Alan Mann, Artistic Director of the OTC.

“We’re pretty sure that this collaboration, at this level of integration of opera and dressage, hasn’t been done anywhere in the United States,” he said. “And it’s right here on the shore.”

The event is the brainchild of Patricia Norcia, owner and dressage trainer at Idlenot Farm in Clinton. It all started when Norcia, at the time a professional actress and director in New York, saw performances of the opera Carmen at the Metropolitan Theatre.

“They usually had horses, but they just stood there and went,” Yale School of Drama-educated Norcia told Hearst Connecticut Media in June.

She remembered the Spanish horses in the bullfighting scene of the film “Carmen” and began to dream of a Carmen where “the horses can dance to this fantastic music”.

Two decades later, this dream is getting closer to reality.

Mann recalled the excitement that attended a preview in June at Idlenot Farm.

“The audience was thrilled when the horses passed within yards of them and the operatic voices filling the arena capped it all off perfectly,” he said.

Carmen will be played by Rebecca de Almeida, a decorated Brazilian mezzo soprano with a “lush voice and warm timbre,” according to a Tribuna CT review and, in this case, a horsewoman. She will make her Carnegie Hall debut later this year.

Mann said the two-legged and four-legged performers will be dressed in brightly colored costumes, with a nod to Spain.

“There will be a grand military entrance, training for a bullfight, as well as drama, passion, unrequited love and tragedy,” he said.

The one-act event will be presented on Saturday September 10 and Sunday September 11 at 3 p.m. at the High Hopes Arena in Old Lyme.

For more information and to order tickets, visit operatheaterofct.org or call 860-669-8999.

The performance will be COVID compliant with the guidelines then provided and audience members may be required to remain masked in the arena.

Toddler dies after accidentally shooting himself in the head