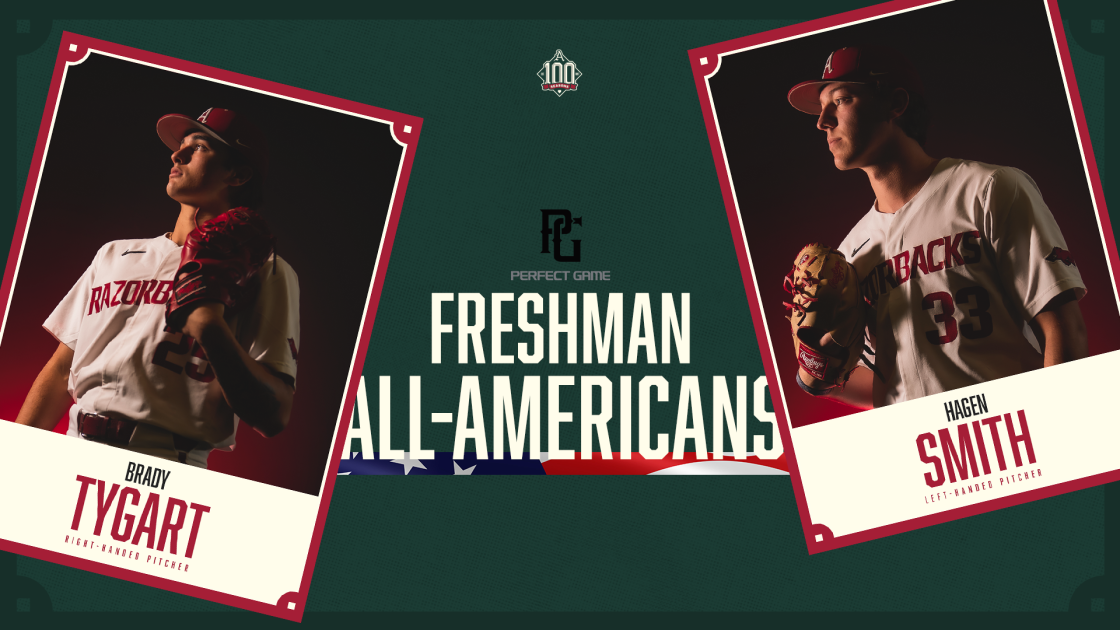 It’s the sixth straight season the Razorbacks have had at least one freshman earn All-America honors.

Smith has made 19 appearances with 14 starts on the mound this season, going 6-2 with a 4.85 ERA and two saves in 72.1 innings. The southpaw struck out 82 batters while limiting opposing batters to a .240 batting average. Smith’s six wins are tied with Jaxon Wiggins and Zack Morris for second on the team.

Tygart, meanwhile, has been one of Arkansas’ most reliable arms this season, emerging as the Hogs’ closest principal. The right-hander has a 3.82 ERA with 51 strikeouts in 37 1/3 innings of work with a team-leading eight saves on the year.

The Hernando, Miss., native dominated SEC play during the regular season, recording a 1.91 ERA and seven saves while stoking 40 and holding opposing hitters to a tiny .160 batting average in 28 1/ 2 sleeves. Tygart, like Smith, landed on the Freshman All-SEC team.