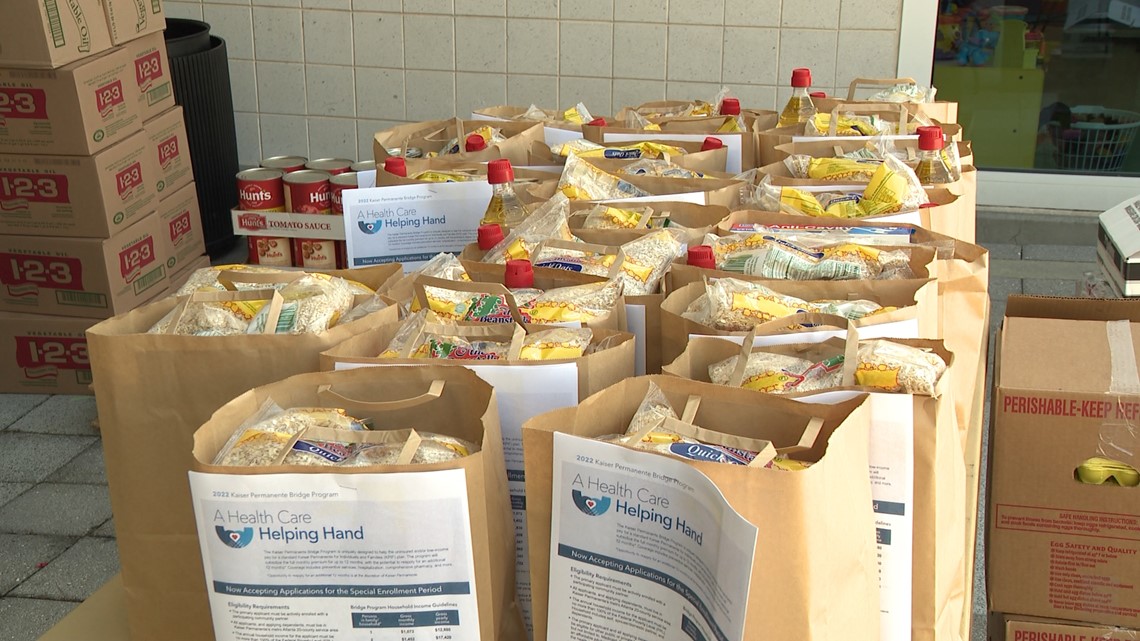 Since the start of the pandemic, the local YMCA has donated one million meals

The event took place at the East Lake Family YMCA where volunteers came together to deliver food boxes to local families in need.

ATLANTA — The YMCA of Metro Atlanta reached a milestone Thursday by donating its one millionth free meal since the pandemic began.

When the pandemic began, the organization decided to use its resources to meet the pressing needs of Atlanta communities. They saw that hunger and food insecurity were a big problem for local families and decided to park food distribution points in the Atlanta metro area, organizers said.

Director of Social Impact for the Metro Atlanta YMCA, Allison Toller explained how the organization scaled up, even when the pandemic shut them down.

“Since the start of the pandemic, it was March 16 for the Y when we closed, a week later we began to transform all of our branches into one large food distribution network, and so since that day so far we have distributed one million meals,” she said.

Families and individuals received food boxes containing “a balance of items” designed to help them create about two to three meals for a week.

While this is a great achievement for the organization, they are still aware of the issues facing the community as rising commodity prices have made it more difficult for many families.

“Food is a basic necessity and from what we hear from members and volunteers, and communities in the Metro Atlanta area, there is still a huge need, and we want to be here to meet the needs of the community,” Toller said.

She believes that despite the Y’s 65 partners, it’s the volunteers who really keep the initiative alive.

“We couldn’t do this work without the help of our volunteers. Here at East Lake we have volunteers who come in week after week and they are the backbone of this operation. They make it happen,” she said.

The next food distribution event will be in two weeks at the East Lake Family YMCA.

Cities and states are easing Covid restrictions. Are theaters and the arts next?