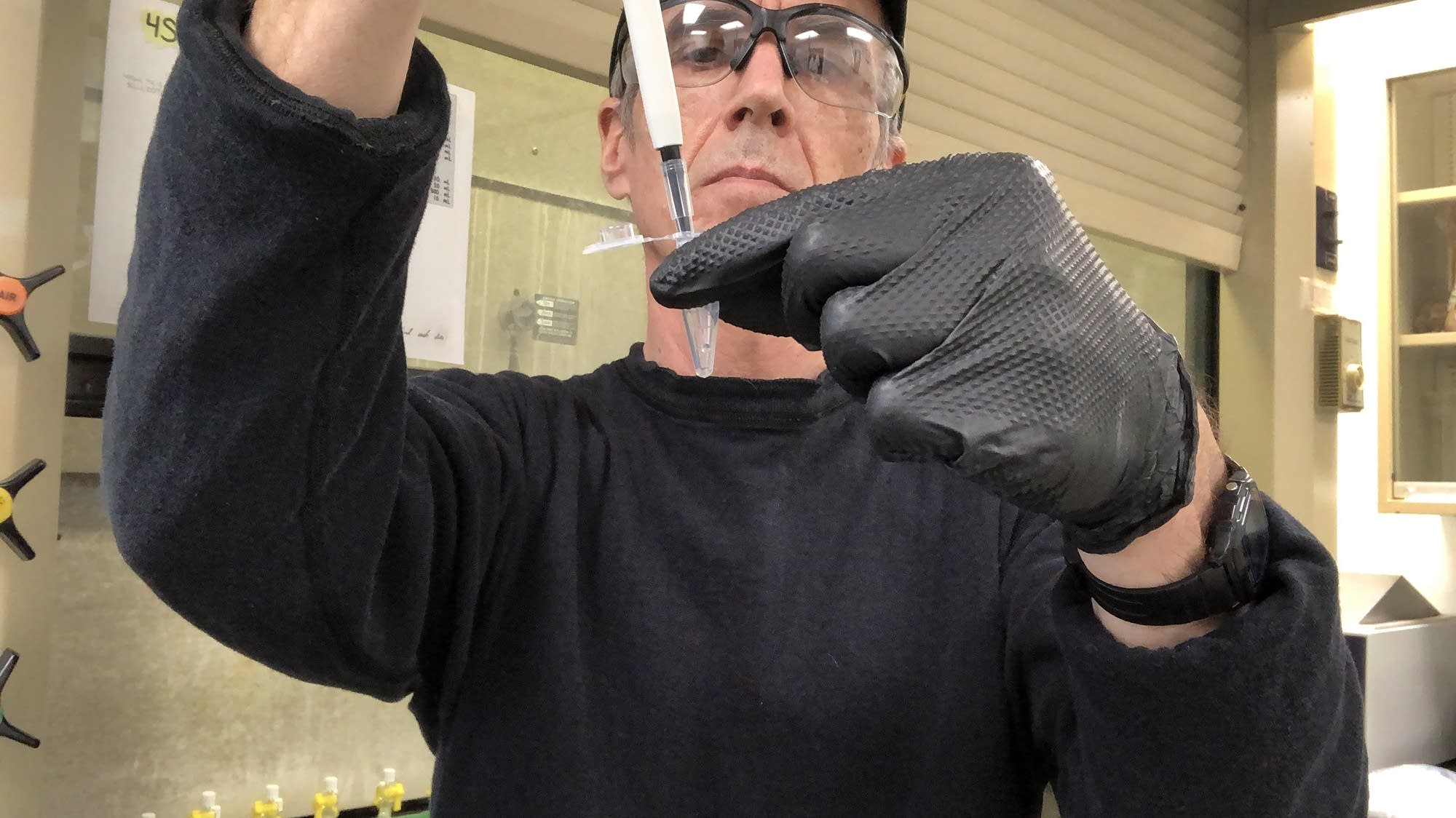 As our roundup of the week’s data will show, we have a second straight week of mostly hopeful new information about COVID-19, as seen in everything from sewage data to cases to cases. by hospitalizations.

This could be the beginning of the end of the plateau-like wave that kicked up in the spring and hasn’t come down since. We take a look at the state’s hospital metrics during this wave.

However, we are far from off the hook on this. The Minnesota Department of Health is reporting nearly 2,300 deaths from COVID-19 this year, including 31 confirmed so far in August. This is more than the number of deaths reported for the same period last year at 2,040.

In addition, this week, the New York Times reported that, driven by a heavy death toll from COVID-19, the average lifespan of Native Americans has shrunk by nearly seven years. And of our own Color of Coronavirus projectwe know that Minnesota Natives are dying from COVID at an even higher rate, when adjusted for age differences, than is the case nationally.

With that in mind, let’s return to this week’s rather bullish data.

Is momentum building up on our downslope?

With the usual caveat that this pandemic has been nothing if not unpredictable, current trends in non-ICU cases and hospitalizations are pointing in the right direction. Cases continue to decline in all areas of the state, and non-ICU admissions have fallen from a peak of 73 per day in mid-August to more than 50 per day a week ago (data from this week always arrive). Intensive care admissions have hovered around eight a day since mid-July.

Among the otherwise encouraging signs this week is a sobering trend of rising deaths over the past two weeks. This data hasn’t been finalized, and it’s a little hard to see the dotted line of incomplete data, but it looks like the July peak, which was a seven-day rolling average of seven deaths per day, has been reached. if not eclipsed in late August. We can hope that the recent drop in hospitalizations will soon translate into a decrease in deaths.

The most recent sewage analysis from the state, the Metropolitan Council and the Genomic Center of the University of Minnesota, shows a second straight week of falling COVID levels. There was an 11% drop for the week ending September 5, following the 19% drop reported last week.

Although the time of the most recent sewage analysis coincides with the Great Minnesota Get-Together — the state’s fairgrounds are serviced by the Metro plant — a spokesperson for the Metropolitan Council said that there was “no indication of an effect on our numbers” from the State Fair.

Perhaps equally good news from the Metropolitan Council’s summary: “BA.5 constituted 90% of the viral RNA entering Metro, and BA.4 and BA.2 accounted for 6% and 1%, respectively, of the total load of viral RNA. We test BA.2.75 but haven’t seen it in influential Metro. In other words, at the moment they are not detecting any new strains that could push the trends up.

The latest data from the University of Minnesota SARS-CoV2 Surveillance Study in Wastewater, tracking data from seven regions through August 24, shows a mixed picture. The larger region, the Twin Cities, is basically stable, while monthly and weekly increases were seen in the central and southeastern treatment plants. COVID levels have declined in the South West region over the past week and month, while the North East and North West have only seen a drop in the most recent week.

Minnesota is even greener than last week, CDC says

In the Centers for Disease Control and Prevention’s latest weekly “community-level” COVID-19 assessment, even more counties are classified as low risk than was the case last week: 67, up from 55. greenest space we’ve seen on this map since early July.

The CDC’s analysis puts only two Minnesota counties in the high-risk category this week: Lincoln and Martin, both in the southwest of the state. Advice from the CDC for residents of these counties includes masking in indoor public places.

The CDC’s “Community Level” map takes into account both COVID-19 case rates and hospitalizations. However, if we only look latest weekly case rates, 55 of Minnesota’s 87 counties meet the CDC’s high transmission threshold (more than 100 weekly cases per 100,000 population). Lincoln County has the highest rate in the state, with 390 officially reported cases per 100,000 for the week ending August 31. Weekly case rates exceed 200 per 100,000 in five counties: Koochiching, Mahnomen, McLeod, Redwood and Traverse.

As we keep our fingers crossed that the current downward trend continues, what does the data show about which places saw the most hospitalizations and pressure on hospitals during this summer’s peak wave?

The CDC releases hospital admission and bed utilization rates for COVID at the “health service area” level. Below, we’ve charted these rates since April 1, 2022 – the approximate start of this plateau-like wave. (Note: Although the data is mapped by county, it is calculated by health service area, which you can see by hovering over the maps below.)

The highest average bed utilization (5.5% to 5.7%) extends from Mille Lacs and Kanabec counties in the north, around the east side of the Twin Cities metro, to Rice County in south. The rest of the metro as well as the health services area with Faribault and Freeborn counties are not far behind at 4.9% and 5%, respectively. The western flank of the state had lower overall bed utilization in comparison. Admission rates, however, have a somewhat different regional pattern, with the highest rates in the southern part of the state.

We also looked at some of the ups and downs of these metrics across the state.

For the use of COVID hospital beds:

And finally, there has been only one health service area (Betrami and Clearwater counties) with steadily increasing hospital admissions over the past two weeks.

MNG Airlines has received the second A330-300 passenger-cargo