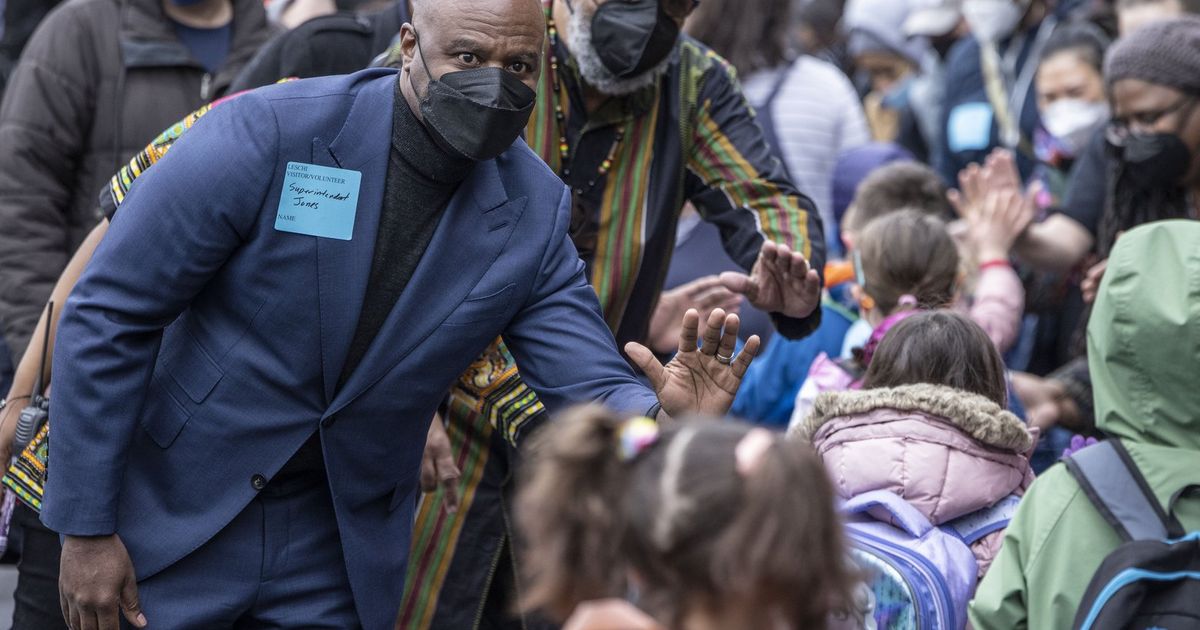 City and district leaders say Seattle Public Schools Acting Superintendent Brent Jones is the ideal candidate for the permanent position, even though community members have criticized the board for not returning the process. more inclusive research.

Jones moved closer to being the next district leader on Friday morning after the council voted 6-1 to negotiate his contract at a special meeting. After negotiating an agreement, the board will vote on accepting the contract. If Jones were to be hired, it would make him the district’s first black male leader in more than two decades.

After Friday’s vote, the Seattle Council PTSA board also expressed support for Jones.

“I haven’t interviewed or worked with Jones,” said Caedmom Magboo Cahil, a parent of two at Fairmount Park Elementary. “But what I will say – it makes sense to keep someone that other district leaders see as a strong and capable candidate and willing to continue the job.”

Communication from the district has been better under Jones’ leadership, Magboo Cahil said, and she is optimistic about Jones’ continued care. “I think the question I’m asking myself at this point is, what would be the best outcome for students and families? Does he have that engagement process or does he ensure a leader that we know is strong and capable?”

Board member Lisa Rivera Smith acknowledged there isn’t much time for community input or transparency, but said Jones is driven and dedicated, and that’s what the district needs a superintendent. Most of the board members said he had proven that he could not only handle the job, but also do it well.

Chetan Soni, a sophomore at Lincoln High School, said that while Jones did a good job, it was clear that student input was not prioritized during the research process. He said some students and staff had lost faith in the district due to the way the return from winter vacation had been handled. COVID-19 cases have skyrocketed and some schools have had to close or resume remote learning.

Soni fears there will be another spike in cases after spring break, which begins April 11, particularly because the mask mandate is being scrapped.

Board member Vivian Song-Maritz, who voted for Jones, acknowledged the lack of community engagement. “We directors often ask our district staff what type of community engagement has been done for the action requested by the board,” she said. “I don’t believe that we directors hold ourselves to the same standards that we hold our district staff. For all of this, I want to say that I am deeply sorry.

Song-Maritz said she spent 30 hours interviewing people about the superintendent’s research and said people told her they liked working with Jones and that he was willing to listen and collaborate.

Jones embodies “the consistency and alignment of our vision for our district and our students, which is a consistent focus on student academic outcomes,” she said. “This consistency is a direct result of the leadership that Dr Jones has already provided.”

The only “no” vote came from board member Leslie Harris, who said she had respect for Jones but felt there wasn’t enough community engagement. It’s also why she didn’t vote for Jones when he was named acting superintendent in June.

“He has many more extreme executive (job) opportunities ahead of him because of the good work that has happened, but with deep sadness, I cannot vote yes,” Harris said.

The next superintendent should know the difference between managing a district and managing educators, said Priyanka Jayanthi, kindergarten teacher at Queen Anne Elementary. She says she often feels disconnected from the central office.

“You can’t put students first when you put teachers last,” Jayanthi said. “We are the ones who accompany the children every day, we also have to be taken care of. Often we get direction from the district and it feels like it’s coming from people who don’t know what it’s like to be in a classroom.

Some of the main issues the next superintendent will face are mental health and social-emotional learning, said Joaquin Rodriguez, a multilingual coach at Franklin High School. But the most important thing would be for the superintendent to listen to the wishes and needs of the students.

Jones took over from former Superintendent Denise Juneau after she left two months before the end of her term. Juneau earned $295,000 a year and Jones’ annual salary is $315,000.

He won the support of city leaders and community members, including Mayor Bruce Harrell, Seattle Metropolitan Chamber of Commerce President Rachel Smith, and Dwane Chappelle, director of the Department of Education and city ​​early learning center.

The trio of community leaders praised Jones for leading the district through a time of uncertainty and putting fairness at the forefront of decision-making. Community members have also expressed their support for Jones during board meetings and interviews held by Hazard, Young, Attea & Associatesthe firm hired to search for a new superintendent.

Jones graduated from Franklin High School and earned his bachelor’s and master’s degrees from the University of Washington.

He received his doctorate in instructional leadership from the University of Texas at Austin. He began his career teaching adult education in 1993 and later held various management and human resource positions at community colleges in Texas and Washington. He later served as head of human resources at Seattle Colleges and talent officer for the Kent School District.

Before leaving Seattle Schools in 2019 to work for King County Metro, Jones held various leadership positions in the district beginning in 2008. He served as the district’s Chief Human Resources Officer and most recently as District Director of Equity, Partnerships and Engagement.