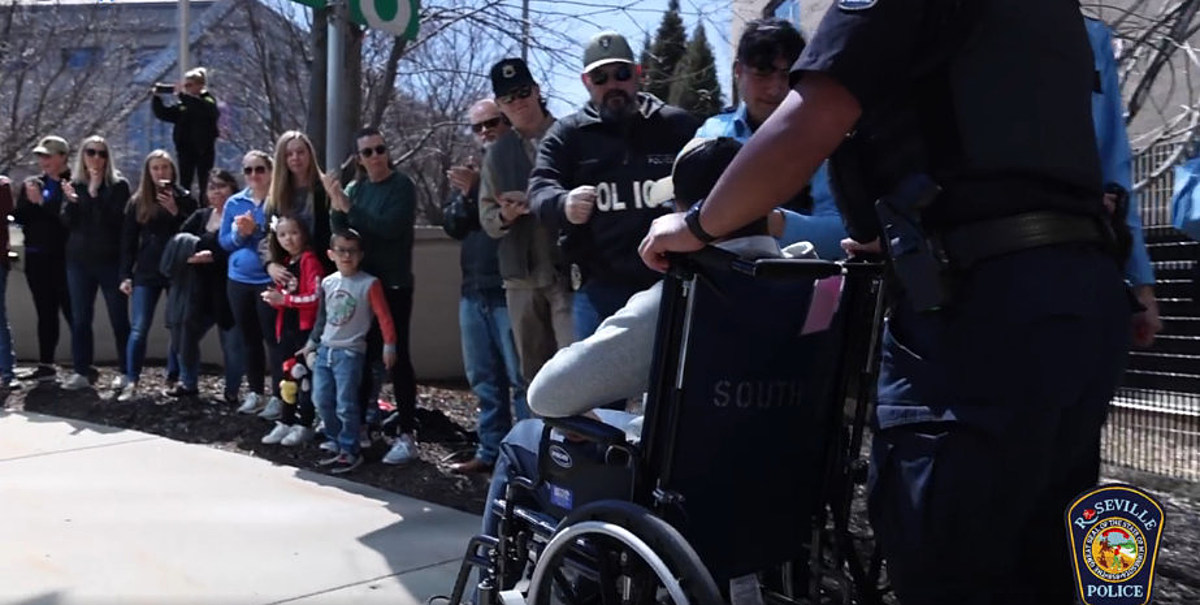 Roseville officer who was shot is now recovering at home

Roseville, MN (KROC AM News) – A Minnesota police officer who was shot in the face last week is currently recovering at home.

Roseville Officer Ryan Duxbury was shot dead Tuesday night after responding to calls about a man firing a gun in a residential area.

He underwent surgery on Friday to remove the bullet, which was lodged in his neck.

The Roseville Police Department announced on Saturday “Our hero is home.”

A great end to what has undoubtedly been a difficult weekend for our department and our community. Thank you to the Regions Hospital for your phenomenal service. Throughout this process, Ryan has shown tremendous courage, strength and perseverance in the face of adversity.
Ryan exemplifies everything we strive for as a service. Without a doubt, he is a hero in all our eyes.
Welcome home, Ryan.

Roseville Police Chief Erika Scheider said “Although Ryan continues to improve every day, he has a long way to go to fully recover.” Duxbury has been with the Roseville PD for three years.

The man who shot Duxbury continued shooting until he was hit by another officer’s bullet and suffered a fatal stomach wound.

A GoFundMe site was set up for the benefit of the officer. At last report, donations were approaching $90,000.

Start of the major Rochester project