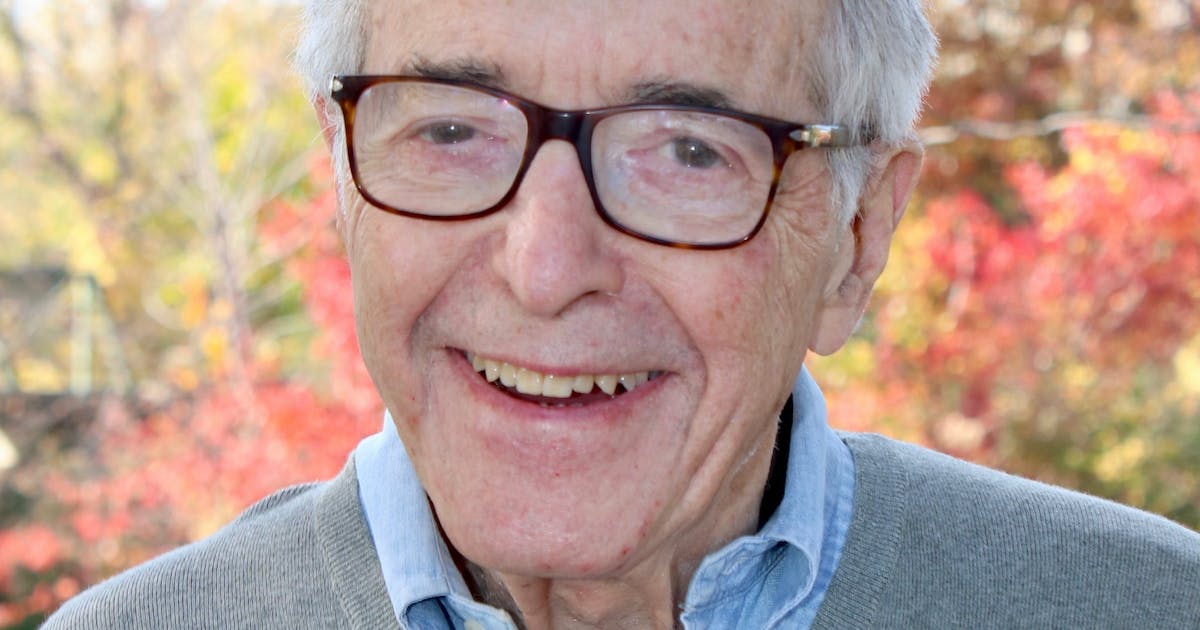 With his kindness, fluency in the English language, and endless ingenuity, Roland Minda rose to the top of the Twin Cities PR industry.

As owner and president of Minda Associates, his clients ranged from First Bank (now US Bank) to Benson Optical to Fed Ex and the Minnesota Department of Transportation. During his career from the 1960s to the late 1990s, he engineered campaigns to institute Sunday drinking in Minnesota and keep Minneapolis-St. Paul International Airport to move to Ham Lake, said his 44-year-old wife, Merle, of Minneapolis.

In one of her smartest moves in the 1970s, Minda engineered a letter-writing campaign that helped get Representative Bill Frenzel elected to Congress.

“He wrote beautifully,” said Merle, who joined her husband in his practice after their marriage. “He had ideas and they worked.”

Roland Minda died March 14 at the Minneapolis Veterans Home near Minnehaha Park. He was 96 years old.

Minda graduated from Minneapolis West High School, then led court-martial service for the Army during World War II while stationed in the South Pacific. He graduated from the School of Public and International Affairs at Princeton University in 1950.

Minda sold magazine ads, taught dance at an Arthur Murray studio and ran a hot dog stand in Chicago before embarking on her long career in public relations, his wife said.

He opened an office in the Midland Bank building in downtown Minneapolis and formed relationships with a myriad of clients, many of whom stayed with him long term.

“He had this incredible insight to find the right little angle. He understood the customer and the marketing objectives,” said Deborah Van Valkenburgh, who worked with Minda when she was at First Bank and called him several times to publicity assistance after taking jobs. in Miami, Pittsburgh and Cleveland. “He has been a key part of the success of my business.”

His eye-catching campaigns have led to numerous accolades, including being the Minnesota Chapter’s first recipient of the Public Relations Society of America’s Donald Padilla Award for Volunteerism and Community Enhancement through Communications. He was also a “good neighbor” of WCCO radio.

Minda also left his mark on those who worked for him. Kitty Shea worked for Minda for two years before becoming a freelance writer at 24.

“Roland was a classic mentor in a calm and consistent way,” she said. “When he spoke, the whole room fell silent. He knew what he was doing.”

Others, like Josh Kohnstamm, worked under Minda’s tutelage before starting his own public relations company, Kohnstamm Communications.

“He took me under his wing,” Kohnstamm said. “He was so unflappable and positive. He never got angry with deadlines and presentations. He was a pleasure to work with.”

Minda sold her business in 1998 and launched a television show called “Strictly Seniors”, which ran for 11 years on the Metro Cable Network. Among his guests were Senator Amy Klobuchar, Star Tribune columnist Barbara Flanagan and many health, business and theater personalities, even yoga teachers.

“Nobody ever said no to him,” Merle said.

Minda served on the board of the Hennepin County Humane Society for 40 years and served as president twice. He has also served on the boards of Rotary Minneapolis, Temple Israel, National Conference of Christians and Jews, American Red Cross, Minneapolis Chamber of Commerce, and Metropolitan YMCA.

Minda loved history, was a voracious reader, loved to travel and “never missed a manicure appointment,” Kohnstamm said. “He was the classic PR person of the 60s and 70s, relationship-based, a very funny, very grounded guy.”