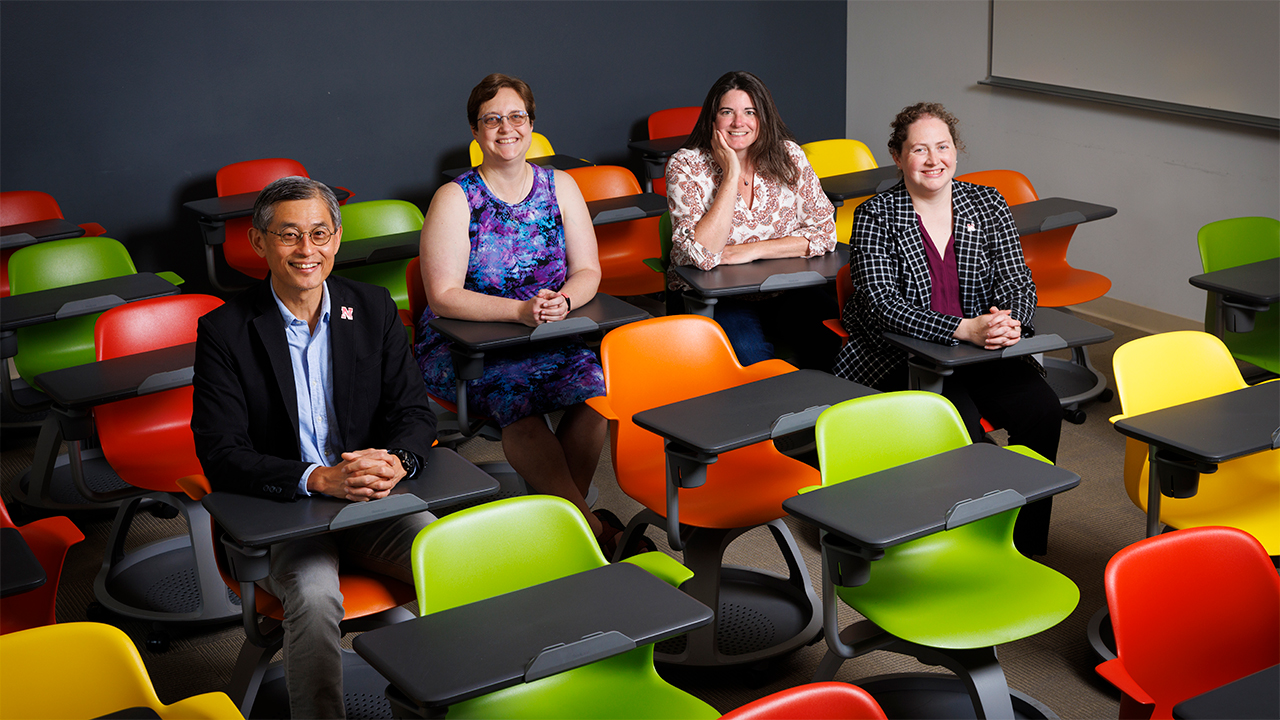 The University of Nebraska-Lincoln is leading a 22-institution research collaboration aimed at facilitating this transition by building strong partnerships between two- and four-year colleges. With a five-year, $3 million grant from the National Science Foundation, the team will conduct research aimed at filling a critical gap in the national understanding of what it takes to help transfer students succeed. Nebraska, whose share of the prize is nearly $1.5 million, will be the location of the new research center.

It is one of the first four research centers funded by a new NSF program that builds on the agency’s long-standing fellowships in STEM program, or S-STEMwhich funds scholarships and institutional support systems for low-income people STEM students. Through the research centers, NSF aims to identify what works – and what doesn’t – at S-STEM sites using mixed research methods. Each hub has a different purpose, with the overall goal of identifying the conditions that facilitate success for the STEM students.

Wendy Smith, a mathematics research professor and incoming director of the Center for Science, Mathematics and Computer Education, is the project’s principal investigator.

“I think better and stronger partnerships between two- and four-year colleges will only benefit students,” Smith said. “And that will benefit the students who, in a way, start higher education from the most disadvantaged. This research network is a great way to try to broaden participation in STEM and achieve the goals we have of greater diversity STEM workforce in the United States.

Smith will tap into the infrastructure and resources of Nebraska’s Center for Science, Mathematics and Computer Education to lead the research center, which includes a geographically diverse group of institutions with S-STEM programs. The team’s findings should mark a major breakthrough in the field: Currently, there is very little national data on the barriers faced by transfer students.

This lack of information has implications for the STEM Workforce. Two-year colleges enroll nearly half of the nation’s undergraduate students, about 40 percent of whom enroll in a STEM or degree program in health sciences. But these students often don’t get a bachelor’s degree: although about 80% of two-year beginning students say they want to get a bachelor’s degree or higher, only 29% do so in six years.

This means that the United States is missing a crucial opportunity to grow and diversify the STEM workforce, as two-year college students are more likely to be low-income and from historically underrepresented groups.

To combat this trend, Smith’s team takes a closer look at how two- and four-year colleges can work together to help students overcome the social, emotional, academic and logistical barriers posed by a transfer. Scholars will form thematic professional learning communities at each S-STEM site, bringing together professors and other professionals to discuss issues in a given field, such as advising students, financial aid, or teaching a specific introduction STEM course in such a way as to foster the students’ sense of belonging. The results of each community will be shared and synthesized through the hub.

The team will also make visits to approximately 25 S-STEM sites during the grant period, interviewing program managers to identify practices that support student success. It will collect and analyze data from all S-STEM sites to assess time to graduation, graduation rates and more.

Smith said a major goal of the research is to identify methods to ensure mutuality and balance in partnerships between two- and four-year colleges.

“Something we try to address openly is that there are definitely historical power imbalances,” she said. “There is an implicit idea that four-year colleges are better than two-year colleges. We want to agree on best practices in a true partnership, not with an imbalance of power, one side telling the other what to do.

The researchers hope that stronger collaborations will lessen the transfer shock that students experience when moving to a larger institution, said Brittany Duncan, Husker engineer, co-investigator on the project. With NSF funding, Duncan sponsored three S-STEM students from its Research Experiences for Undergraduates site at Nebraska Intelligent MoBile Unmanned Systems (NIMBUS) Lab, which focuses on unmanned systems and aerial robots.

Nebraska is one of the first schools in the nation to incorporate S-STEM students in a REU site, and Duncan observed the benefits such a partnership can offer two-year college students. They gain personal connections, a support network and a way to see themselves as successful contributors to a large, research-focused campus, she said.

“I think one of the findings will be that having these kinds of connections before and at the same time as the transfer will be a boon to the retention of these students,” said Duncan, associate professor of computer science and co-supervisor. from NIMBUS Laboratory. “It’s a good way for them to develop relationships they can rely on. When they hit a roadblock, they know who they can talk to.