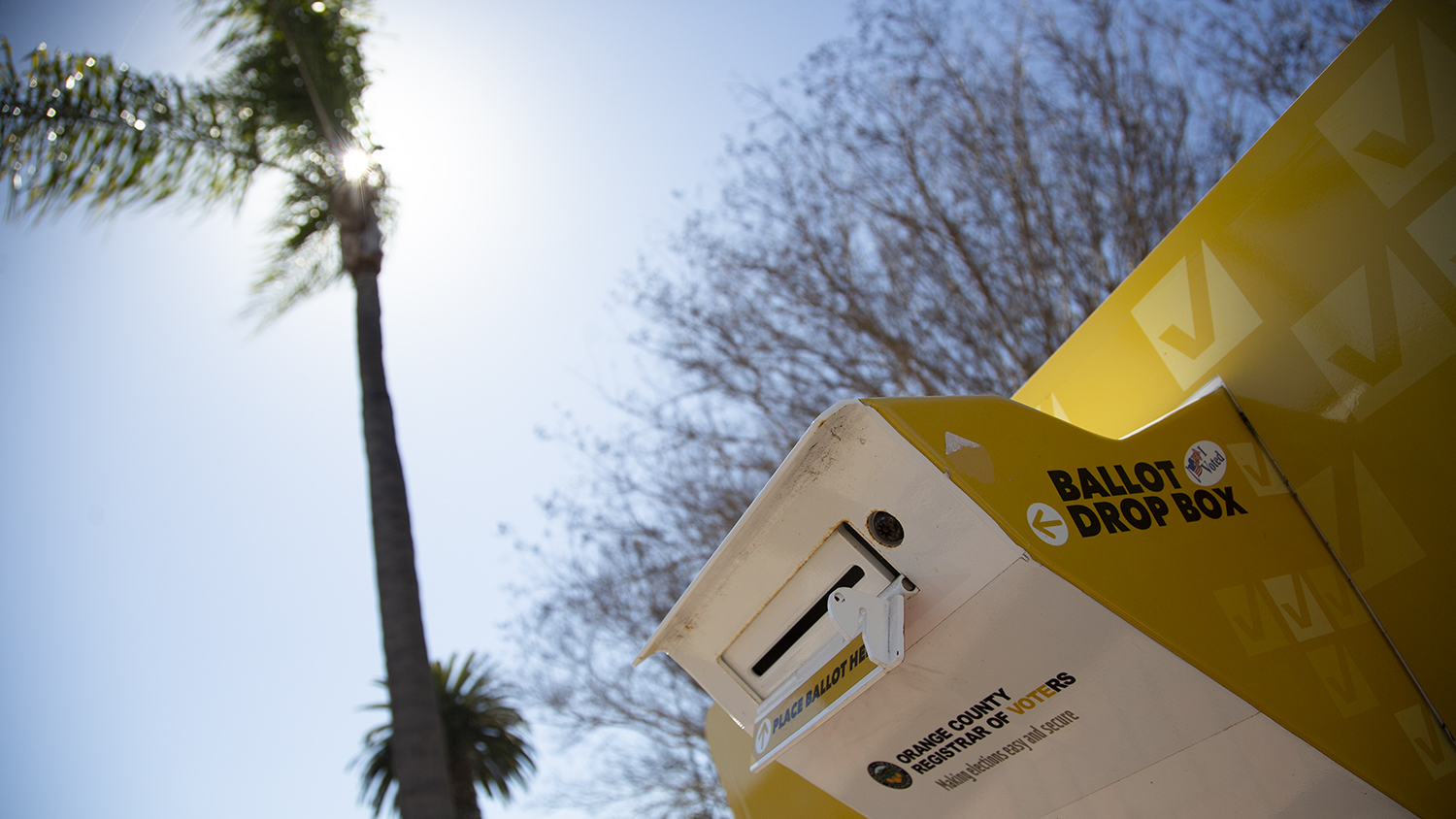 Orange County is about to see a big change in the direction of its electoral system, with the retirement and replacement of incumbent voter registrar Neal Kelley – who, by his own estimates, oversaw around 90 elections and 20 recounts during his 18 years in office.

On his own, Page administered about three statewide elections, a recall election, and a “handful” of local elections in the neighboring county.

Before Page got his current job in 2018, he was a “senior management analyst” for the county.

And before that, he was a top Democratic political aide in the county, serving as chief of staff for two of the county’s elected supervisors at different times in the 2000s, most recently for Josie Gonzalez.

During his time as a political aide, unsuccessful attempts were made to bribe Page while working for Gonzalez, from the Sun of San Bernardino.

In a phone interview Thursday, Page said he approaches government business with integrity.

“A business looking to expand in the Bloomington community attempted to bribe me and I immediately reported this to the district attorney’s office. They investigated and prosecuted and eventually these brothers pleaded guilty one to attempted bribery and the other to bribery,” he said.

In Orange County, it enters a dense metropolitan center of 3.2 million people, 34 cities, and a mix of communities differing in race, class, and political persuasion.

Page also takes over at a time when questions about election integrity have become part of the discourse of recent election cycles across the country.

Although Page isn’t exactly new to the area, he said he grew up in Orange County.

Kelley, who is expected to step down on March 10, is widely regarded across the state and the United States as a leader in election administration and helped lead California’s pivot to polling centers at the end of his 18 years as head of the county’s electoral system.

Page acknowledged that lack of experience — and the work he had left.

“Neal Kelley has done an amazing job as the Registrar of Electors,” Page said. “But he also started at a point where he hadn’t run an election. Over the years he has developed that experience, built an incredible team that will be there to work with me,” Page said.

“I’m not going to say that I have the same experience as Neal, that’s not the case. But that doesn’t mean I can’t do the job,” Page added.

This echoes the sentiment coming from County General Manager CEO Frank Kim, who notes that there is a strong team of staff in the OC Registrar’s office as well as the fact that when Kelley took over the office of Registrar, he came with private sector experience that was not in elections.

“We are pleased to have been able to recruit a Registrar in an urban county in Southern California. Bob will be a dynamic leader for us and (we) need to have him in Orange County.

Kelley, when asked about the difference in experience between him and his successor, said he would work to set Page up for success.

“One of the things I really appreciate with County here is that they give us the opportunity to have some overlap with him, so I think it will be a smooth transition,” said Kelley in an interview Thursday.

Page will start work Feb. 25, and Kelley will stay on until about mid-March to help with the transition.

Kelley said his wife’s coincidental retirement from the US Navy – and the recent death of a family member – justified a pushback.

“I recently lost a sister and I’m thinking about life. This is going to give me a chance to stop and smell the roses a bit,” he said.

Kelley not only oversaw approximately 90 elections and 20 recounts during his tenure, but also led the county’s shift from traditional polling sites to polling centers in 2020.

It was a year of election firsts, with an unprecedented number of mail-in ballots and a push to challenge the integrity of the electoral process when current US President Joe Biden, a Democrat, defeated Republican incumbent Donald Trump.

On Thursday, Page said there had been a number of questions about election integrity and security in recent years.

“It’s something we deal with upfront and directly. When people have questions, we answer them. We let them see the process and show them all the different things we do to make sure the elections are fair and fair,” he said.

Page said in an interview earlier Tuesday, “transparency will be key.”

“All of our election processes are observable for people to come and watch, and it’s important to continue for people to understand how elections work,” Page said, speaking of his experience in San Bernardino County,

It will take “consistent” public messaging “about all the arrangements we put in place to ensure the elections are fair and fair,” Page said. “In our county (San Bernardino), when we got these questions, it was about sitting down and saying, ‘You may have heard of this system, here’s what we do before every election’… “

“Yes, there will be differences in learning and seeing how Orange County works, but the goal is always the same: to ensure voters have access to a regular ballot and won’t have to vote provisionally.”

Page will oversee county elections beginning with the June primary.

Brandon Pho is a Voice of OC reporter and a body member of Report for America, an initiative of GroundTruth. Contact him at [email protected] or on Twitter @photherecord.

Hosam Elattar is a member of Voice of OC Reporting. Contact him at [email protected] or on Twitter @ElattarHosam.

And since you’ve come this far,

You are obviously connected to your community and appreciate good journalism. As an independent, local nonprofit, our news is accessible to everyone, regardless of budget. Our newsroom focuses on civic and cultural life in Orange County, not clickbait. Our journalists hold powerful interests responsible for protecting your quality of life. But it’s not free to produce. It depends on donors like you.

Cold, with snow spreading across Minnesota Sunday afternoon and evening