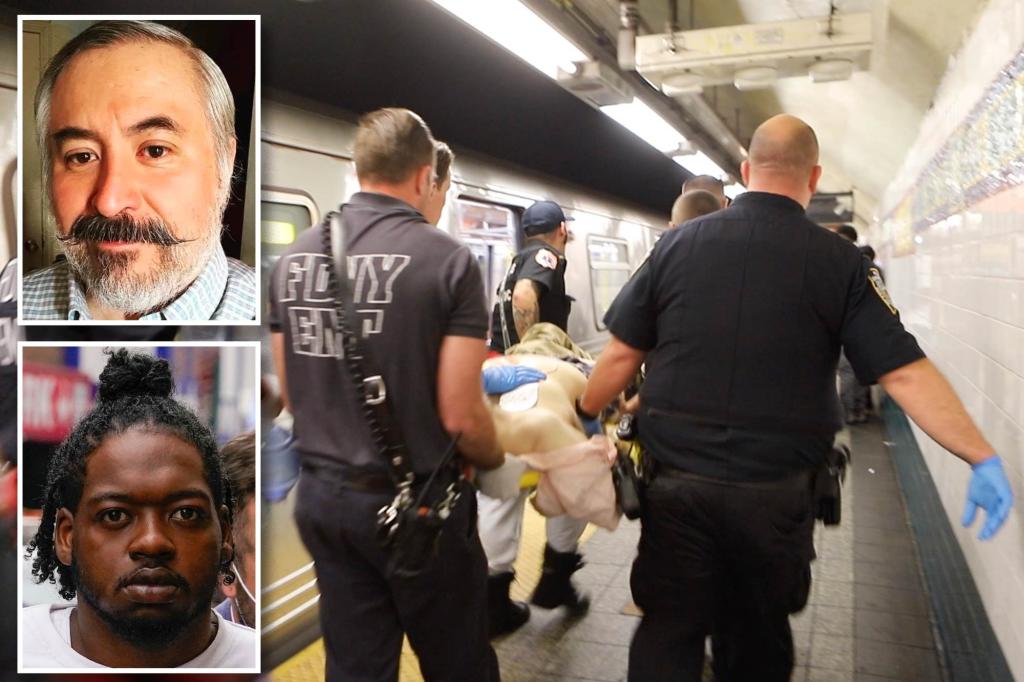 On Sunday, Daniel Enriquez became the last “Random“Crime victim, shot in the chest at close range and killed on her way from Brooklyn to Manhattan for a mid-morning brunch. Enriquez was the fourth person to die of subway violence this year, and the third to be killed by an unknown person. Each of the four subway murders has something in common with the others: justified police intervention, prosecution, or incarceration could have prevented it. A few years ago, that probably would have been the case. New York suffers from rising crime because it abruptly shifted its justice system from enlightened prevention to gruesome raking.

The city’s justice system is still efficient in solving the most serious crimes. Just hours after Enriquez’s murder, police identified a suspect: a 25-year-old man André Abdullah. But Abdullah’s background underscores the fact that there shouldn’t have been a serious crime to solve in the first place. He has a criminal history dating back to his teenage years. He has 19 arrests and served state time for a prior crime with a firearm. Just six months after being granted parole for that conviction, Abdullah was quickly broke again in January 2020 to carry a loaded gun. His last two outstanding cases relate to domestic violence and possession of a stolen vehicle. In the auto theft case last month, a Brooklyn judge, following guidelines established by New York State’s bail “reform” law, freed him without bail.

Like many offenders who have turned their low-level violence into homicide, Abdullah, who has now been apprehended, is not the kind of criminal who just made a mistake in the heat of the moment and deserves a second chance. When he was 16, he allegedly accosted and sexually assaulted three women in Central Park, all strangers to him, within moments. But the New York State criminal justice system allowed this antisocial behavior to escalate until it reportedly killed Daniel Enriquez on the train.

Abdullah’s criminal trajectory resembles that of Martial Simon, the 61-year-old mentally ill homeless man who pushed Michelle Go to her death from a Times Square subway platform in January. Simon, too, had a long criminal past, serving a state prison sentence for theft. He was well known to state and local mental health officials, even predicting to a hospital psychiatrist half a decade ago that he would one day push a woman to her death. Yet he too was free to escalate his behavior until his prediction came true.

The first two subway murders completing New York’s dark quartet in 2022 (so far) were also preventable. At the start of the New Year, three teenagers allegedly surrounded another passenger at Fordham Road tube station, threatening him until he fell onto the tracks. A passerby, Roland Hueston, 36, tried to intervene and was killed by a train. The three teenagers had entered the subway without paying their ticket, going through the exit door, as most criminals do. A strong police presence at the station reportedly prevented them from doing so.

Similarly, Marcus Bethea, 24, who was shot and killed, possibly by an acquaintance, at the Jamaica Center subway station in Queens last month, was a known “subway swiper” – someone who obtains an unlimited MetroCard and then uses it illegally to sell passengers discounted tickets to the transit system, often after disabling MetroCard machines so that passengers cannot not buy a legal fare. It’s unclear if Bethea was killed for stealing on the subway, but such a case is fraught with territorial pitfalls as well as arguments with passengers who resist handing over money to a stranger. One from 2016The two homicide victims were also a subway con man. If the police had stopped Bethea and others from illegally loitering at the Jamaica Center, they might have prevented his murder.

Better policing and prosecution practices may not have prevented all of these killings, of course. The police cannot be everywhere, and prosecutors and judges have always made mistakes. But statistics show that better practices would have prevented some of them. Since March 2020, 18 New Yorkers have been murdered on the subway. We have to go back more than a decade, from 2009 to 2019, to find 18 New Yorkers who lost their lives by homicide on the subway. New York’s Post-COVID Transit Crime Crisis was obvious as early as April 2020, but now even people who ignored and denied it can no longer claim that the continued increase in homicides and other underground violent crimes is a statistical aberration.

The police are stepping up their enforcement of minor laws underground. In April, they issued more than 10,000 summonses without arrest, up a third from April 2019. But this welcome return to Broken Windows policing, led by Mayor Adams, is short-circuited by the rest of the state-supervised judicial system. . Without the potential threat of arrest for unanswered summonses, these citations for fare evasion and other violations of subway rules are just worthless scraps of paper.

Only half of people pay their fines for fare evasion. Actual arrests in the transit system, on the other hand, are still down: April 2022 saw 689 arrests, a third below the April 2019 level of 993. Police have made several high-quality arrests in recent weeks , but even when she arrests someone for a serious crime without homicide, the suspect ends up on the street. In mid-May, for example, police arrested 22-year-old James Williams in a Brooklyn subway for fare evasion and allegedly found him with a loaded gun, but a judge let him go.

And after two years of anarchy, it’s not clear that a simple return to 2019 policing levels would suffice. In 1990, when the subway system suffered 26 murders, new Transit Police Chief Bill Bratton had to launch a historic zero-tolerance campaign against low-level infractions, just to get people used to obeying. to the rules after years of laxity. As the state-run Metropolitan Transportation Authority reported this week, 12.5% ​​of subway riders are now beating the fare, up 3.9% before COVID-19.

Jumping over the turnstile or walking through the exit door is now normal behavior for hundreds of thousands of people every day. To get back to normal, or nearly so, we probably need 1990 policing levels, not 2019 levels. Absent the threat of arrest, new habitual fraudsters won’t be deterred by a civil summons which they will not have to pay. Nobody says a first-time subway ticket thief should go to jail, but, in the delicate dance of successful preventive policing, a would-be subway ticket thief should think he strength face jail time, and repeat fraudsters — who make up a disproportionate share of the subway’s antisocial residents — face possible arrest.

Last month, 98 violent crimes took place in the metro, compared to 66 in April 2019, when ridership was only 60% of the pre-COVID normal. “It keeps happening and nobody does anything,” Enriquez’s domestic partner Adam Pollack told The Post this week. “Nothing will change.” Not yet anyway.

Nicole Gelinas is a Contributing Editor of City Journal, the author of “After the Fall: Saving Capitalism from Wall Street and Washington,” and Senior Fellow at the Manhattan Institute, where this article published for the first time.

A climate-resilient Venice: how to respond to the challenges