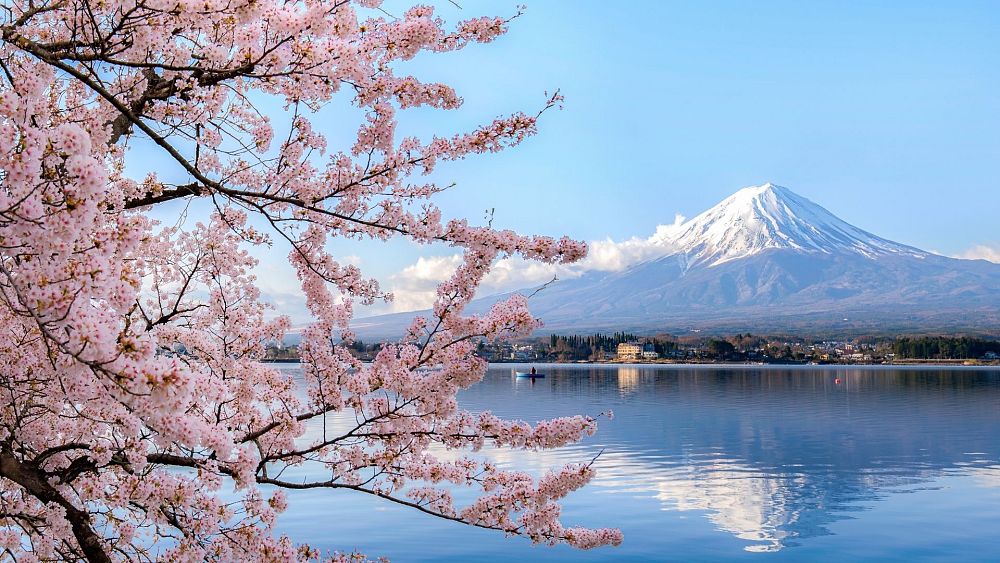 “No sport can escape”: tackling climate change at the Tokyo Olympics

No sport can escape the impacts of a changing climate. Less snow and ice, higher temperatures and extreme weather events such as storms and heat waves all affect competitors as much as spectators.

“Climate change is one of the greatest challenges humanity has ever faced, affecting sport alongside so many other human activities,” said Marie Sallois, IOC Director for Business and Development Development. sustainable development.

“Sporting events must constantly adapt to the impacts of climate change, and the Olympic Games are no exception. As a global event with enormous visibility, the Games also bear responsibility for taking effective action to address it. “

Committed to a more sustainable future, the Olympic Movement has already taken important steps to reduce its own footprint and contribute to a climate-friendly society. The Olympic Games Tokyo 2020 and Beijing 2022 both aim to be carbon neutral.

This means that they will reduce their carbon emissions in line with the Paris Agreement, offset more than 100% of their remaining emissions, and use their influence to lead effective climate action.

Well ahead of the 2030 target, Paris 2024 has already committed to organizing the first “positive climate” Games. The IOC itself is committed to becoming climate positive by 2024 and will offset more than 100 percent of its unavoidable emissions, mainly through planting an Olympic forest.

Along with actively combating climate change and offsetting carbon emissions, the Games are also adapting to the effects of climate change.

With temperatures rising around the world, including in Tokyo, organizers are keen to minimize the impacts of heat on athletes in order to protect their health as they compete.

Among the measures taken to protect competitors, the decision was taken in 2019 to move the marathon and walking events to Sapporo, where daytime temperatures can be up to five degrees cooler than in Tokyo.

Other events have been scheduled earlier in the day or later in the afternoon to avoid the midday heat.

Athletes will have access to additional shaded space and the new Olympic Stadium has been designed to let in as much wind as possible and allow maximum air circulation.

The medical service of the International Olympic Committee also published a guide “Beat the Heat” for competitors.

“Exercising in hot and humid conditions presents a variety of concerns, ranging from increased difficulty in endurance performance to vulnerability to illnesses such as heat cramps, heat exhaustion and strokes. heat, ”he notes, addressing the athletes who will participate in Tokyo 2020.

“But we don’t want that to have a negative influence on your preparation for the Games.”

Short-term adaptation, however, does not replace long-term climate action. As part of its bid to host the Olympic Games, one of the three pillars of the Tokyo 2020 sustainable development strategy was to achieve “carbon neutral Games by reducing energy and resource consumption and carbon emissions. carbon, using renewable energies, public transport and energy efficient systems. zero waste vehicles and policies.

Many residents now see Tokyo 2020’s commitment to net zero carbon emissions as an opportunity to accelerate the city’s transition to a more sustainable future.

In addition, as part of its drive to create a model of a zero carbon society, the Tokyo Metropolitan Government (TMG) says it wants to “leverage the Games to create sustainable economic growth, environmental conservation initiatives and a better quality of life thanks to new innovations. “

TMG announced new targets in January 2021 to halve the city’s greenhouse gas (GHG) emissions by 2030 (from 2000 levels) and to increase the use of renewable energy in about 50%. Prime Minister Suga Yoshihide has previously stated that Japan will aim to reduce GHG emissions to net zero by 2050.

The organizers’ strategy of reallocating existing facilities where possible and erecting temporary venues reflects the desire to achieve a zero carbon footprint. Of the 43 competition venues, 25 are reused – five of which were used at the 1964 Tokyo Olympics – ten are temporary and only eight were built from scratch. The new sites are all powered by renewable energies.

Green energy plays an important role in reducing emissions – the Games are powered in part by biomass energy coming directly from a factory in the city of Kawasaki, and in part by a solar farm in Fukushima. For the first time, hydrogen from solar energy has fueled the Olympic flame for part of its journey and the Olympic and Paralympic cauldrons.

Hydrogen also powers electricity and hot water in dormitories, cafeterias and training facilities for 11,000 athletes in the Olympic Village – and after the Games the village will be transformed into hydrogen-powered apartments , a school, shops and other facilities.

According to recently released update to the Tokyo 2020 pre-Games sustainability report, Japan’s decision – taken earlier this year – not to allow entry into Japan for foreign spectators for the Tokyo 2020 Olympic and Paralympic Games due to the global pandemic current COVID-19, will lead to an estimated emission reduction of 340,000 tonnes of CO2. However, athletes, coaches, staff, officials and media in Tokyo for the Olympic and Paralympic Games will still need to travel between venues.

The report says at least 90 percent of Games vehicles will be fuel cell electric vehicles (FCEVs) or hybrid models. A fleet of 500 hydrogen FCEV cars and 100 FCEV buses were provided by Olympic partner Toyota, and 35 additional hydrogen filling stations were set up in the city. Hydrogen does not produce any CO2 emissions and can be produced using renewable electricity.

Where it has not been possible to use renewable energy, Tokyo 2020 uses green energy certificates to offset the use of non-renewable electricity.

As the Tokyo Metropolitan Government itself puts it, “Looking ahead to the Olympic and Paralympic Games and beyond, Tokyo intends to continue to evolve towards becoming a more sustainable city and a source of inspiration for the world.