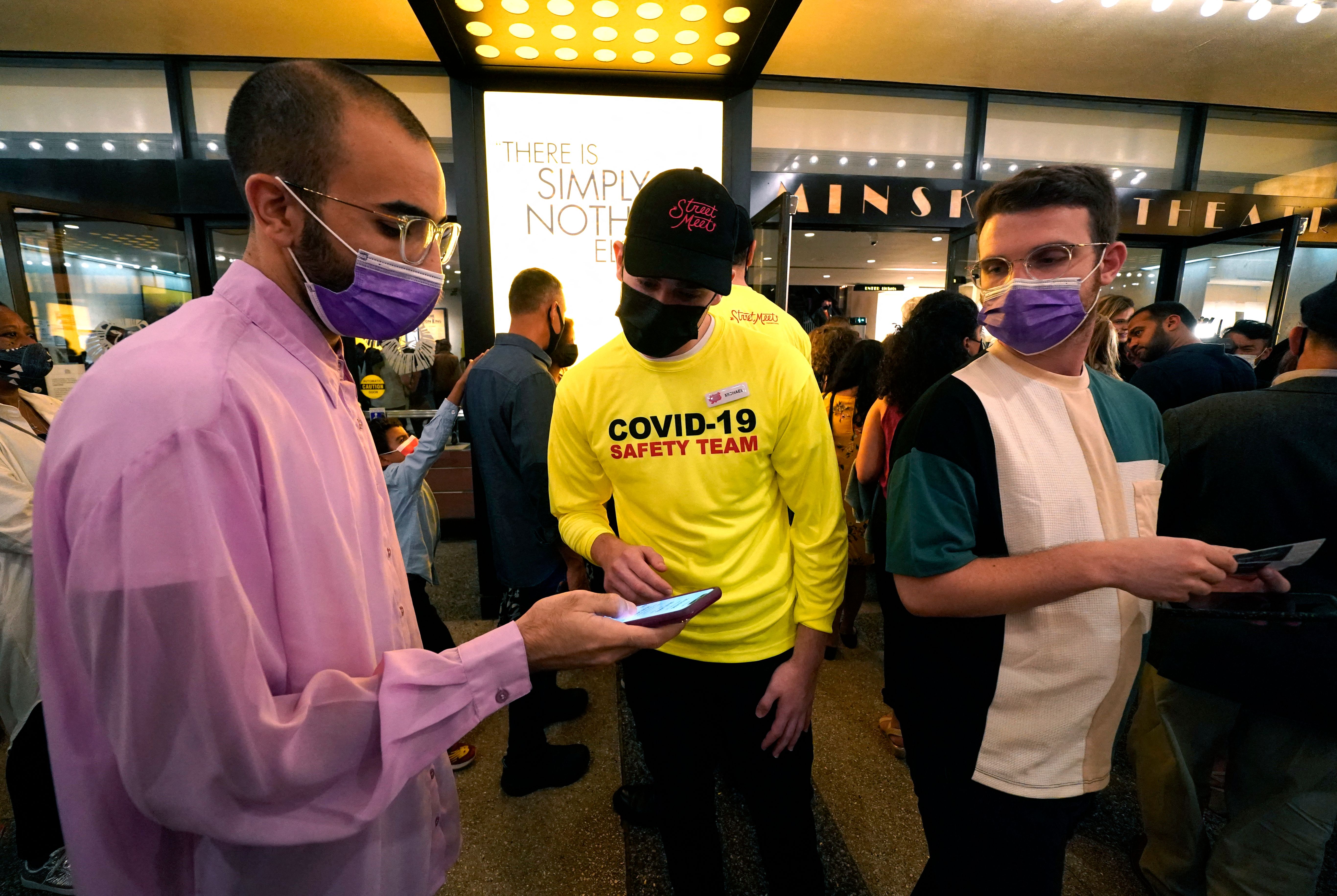 No full lockdown for Broadway during Omicron surge

The Omicron variant has become dull but, so far, has not turned off the lights on Broadway. With daily case rates soaring at over 16,000 a day in New York City, higher than ever, and growing exponentially, the extra-contagious variant – four times more transmissible than the Delta – has driven many New Yorkers into a state of high anxiety. Plans for the weekend are being canceled and fears of another foreclosure during the holidays are looming. At this time, however, despite numerous cancellations on and off Broadway, a full-scale shutdown is not planned.

While productions continue for some, the Omicron outbreaks have forced many shows to cancel performances or shut down altogether. As of this writing, the Broadway musicals “Hamilton”, “Hadesville”, “Dear Evan Hansen,” â€œMJ,â€ â€œAladdin,â€ â€œAin’t Too Proud to Beg: The Life and Times of the Temptationsâ€ and â€œThe Lion Kingâ€ have canceled all shows until after Christmas. In addition, “Moulin Rouge”, “Tina: The Tina Turner Musical”, “Harry Potter and the Cursed Child” and “Mrs. Doubtfire” have canceled individual performances. “Little jagged pill” the musical Alanis Morissette, announced last week that it would not reopen after the holidays to ensure the safety of its cast and crew.

Some cancellations have happened to shows that are just getting back on their feet after nearly two years of foreclosure. rockets at Radio City Music Hall, which had just returned to work, canceled the remainder of their “Christmas Spectacular” airing. Also, Alvin Ailey American Dance Theater, who resumed performances just a few weeks ago, had to cancel performances due to a COVID outbreak.

On live television, a COVID epidemic among the actors and the team of Saturday Night Live last week was identified early and the showrunners were able to remake the show to accommodate a greatly reduced production team. The outbreak resulted in a boneless holiday episode of pre-filmed skits, which aired without a studio audience.

Despite the increasing positivity rate, live productions are doing their best to stay open. The safety of the public, the cast and the crew is ensured, in part, thanks to the protocols the unions insisted on before the cinemas reopened. During the summer Association for stakeholder equity (AEA), the union representing cast and directors, and the Broadway League, the trade association for the Broadway industry, have announced a safe reopening deal that includes mandatory vaccinations for cast and crew and regular testing. Masks and proof of vaccination are also required for spectators. Productions should also employ a COVID security manager to ensure security protocols are always followed.

Isaac Grivett is a picker for “Caroline, or Change” as well as COVID security manager at “Flying Over Sunset”. He described in Observing the highly competent set of procedures in place when a theater worker tests positive for COVID. Grivett described how workers who test positive are immediately told to stay home. If the worker is in the theater, they are told to leave the building. They are then monitored until they are negative or found to be non-contagious by a doctor. Those who have been exposed are notified and the security guard works with an epidemiologist to adjust protocols for those who remain in the building. Although the exact protocols for these situations differ from theater to theater, safety precautions appear to be very strict from production to production.

Grivett describes feeling very safe at work overall. He told Observer: “We almost always have our test results before entering the building and during broadcasts, everyone knows everyone is negative.”

Grivett told Observer that a show is only canceled when there are not enough people in the building who are safe and have tested negative to show it. If a lead actor and his understudy, for example, are both positive, a show cannot be staged.

COVID security guards mainly work from the back of the house: they take care of the cast and crew. Members of the COVID security team, meanwhile, work outside the house: making sure the public follows protocols. Sandy Sahar Gooen is a member of the COVID Security Team for several Broadway and Off-Broadway shows. His job of “hiding shifts”, making sure members of the public keep their masks on, and dealing with those who refuse to comply, is a test of endurance. He told Observer, â€œI’ve had rowdy customers calling me every name in the book, screaming, screaming, taking off their masks and couldn’t have had such an easy time tracking down safety. “

Gooen also describes the systemic issues at play in the way non-compliant members of the public are treated, including security guards being much more likely to call the police on a black member of the public than on a white member. â€œIf a person of color is hostile, they call the cops,â€ Gooen told Observer. â€œIf a white person is hostile, they might not do the same, if at all. “

Gooen describes the upcoming Omicron spike with a new set of restrictions for Broadway, with increased vigilance during “mask changes” and some theaters now requiring PCR testing and vaccine boosters.

Although the vaccines have been shown to be less effective against the new Omicron variant, unless boosted, the still very low hospitalization rate shows that the vaccines remain strongly effective. While many more people test positive, few get seriously ill. Despite the exponential increase in the number of cases from week to week, a large scale shutdown theater in New York is not planned. Theaters are canceling shows on a case-by-case basis and the status quo, though fraught with angst and contradiction, is currently allowed to continue.