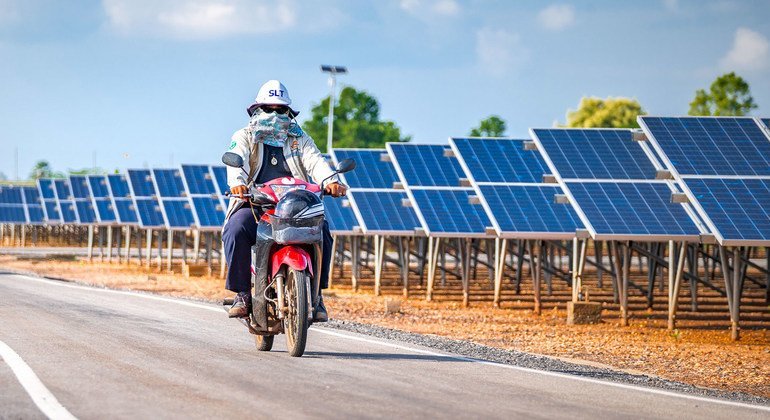 The UN-Energy 2025 Action Plan delivers on commitments made at a high-level meeting in September that established a global roadmap for energy access and energy transition. by the end of the decade, while contributing to the goal of net zero emissions by 2050.

The UN-Energy partnership brings together around 30 organizations working on all aspects of energy and sustainable development.

An Energy Compact Action Network has also been launched to connect governments seeking support for their clean energy goals with governments and companies that have already pledged more than $600 billion in aid.

Coalitions to support energy access and transition in Nigeria and Santiago de Chile were also announced, demonstrating the Network’s potential.

The commitments will advance the achievement of a just and inclusive energy transition, aimed at ensuring access to clean and affordable energy for all, in line with the Sustainable Development Goals (SDGs).

Their announcement comes as the world grapples with what the UN has described as the triple energy, food and financial crisis linked to the war in Ukraine.

Liu Zhenmin, head of the United Nations Department of Economic and Social Affairs (DESA) and secretary-general of the 2021 High-Level Energy Dialogue, welcomed the launch.

“This will help us maintain momentum by generating concrete actions towards clean, affordable energy and net zero emissions,” he said.

The UN-Energy Action Plan sets out a framework for collective action that includes doubling annual investments in clean energy globally and facilitating access to electricity for 500 million people, as well as clean cooking solutions for a billion.

It identifies seven areas of work, ranging from scaling up efforts to close the energy access gap, to harnessing the power of data, digitization and visualization to strengthen monitoring, tracking , accountability and reporting of results.

The plan could not have come at a more critical time, according to Achim Steiner, administrator of the United Nations Development Program (UNDP) and co-chair of UN-Energy.

“The current context has led to a better understanding of how energy underpins the entire 2030 Agenda. It is critical that the commitments made at the 2021 High Level Energy Dialogue and COP26 translate into action on the ground – especially for the most vulnerable,” he said.

Hauwa’s solar lamp helps her cook and do other chores around her home in Nigeria, and she helps her children study.

UN-Energy will support the Energy Compact Action Network, which brings together nearly 200 government, business and other civil society partners, to mobilize voluntary commitments made at the high-level dialogue.

Damilola Ogunbiyi, Special Representative of the Secretary-General for Sustainable Energy for All (SEforALL) and Co-Chair of UN-Energy, highlighted the important role of the platform.

“By creating opportunities for collaboration, the network will transform the billions of dollars in funding and investment committed to energy pacts into action on the ground for the sustainable energy future we urgently need,” he said. she declared.

The launch also featured announcements of several new or expanded coalitions, demonstrating how countries, cities, businesses, foundations and other partners can join forces through the Network.

For example, SEforALL, UNDP and Husk Power Systems are among the partners that will support Nigeria’s commitment to provide electricity to 25 million people by 2023, using solar home systems and mini-grids to power five million homes, schools, hospitals and other public services. utilities. The move will also generate some 250,000 new jobs.

In Chile, the government of the Santiago Metropolitan Region will work with the multinational energy company Enel and the Universidad de Desarollo to increase the end use of electricity for transport and heating, in particular to increase the share of buses 100 percent electricity in the city by 2030.

The network will also advance or expand coalitions supporting green hydrogen and a greater role for women in the direction and benefits of the energy transition.

In this regard, a work plan to strengthen the role of women in the energy transition has been launched by partners that include the governments of Canada and Kenya, as well as the global youth-led organization Student Energy, coordinated by United Nations Industrial Development Organization (UNIDO).