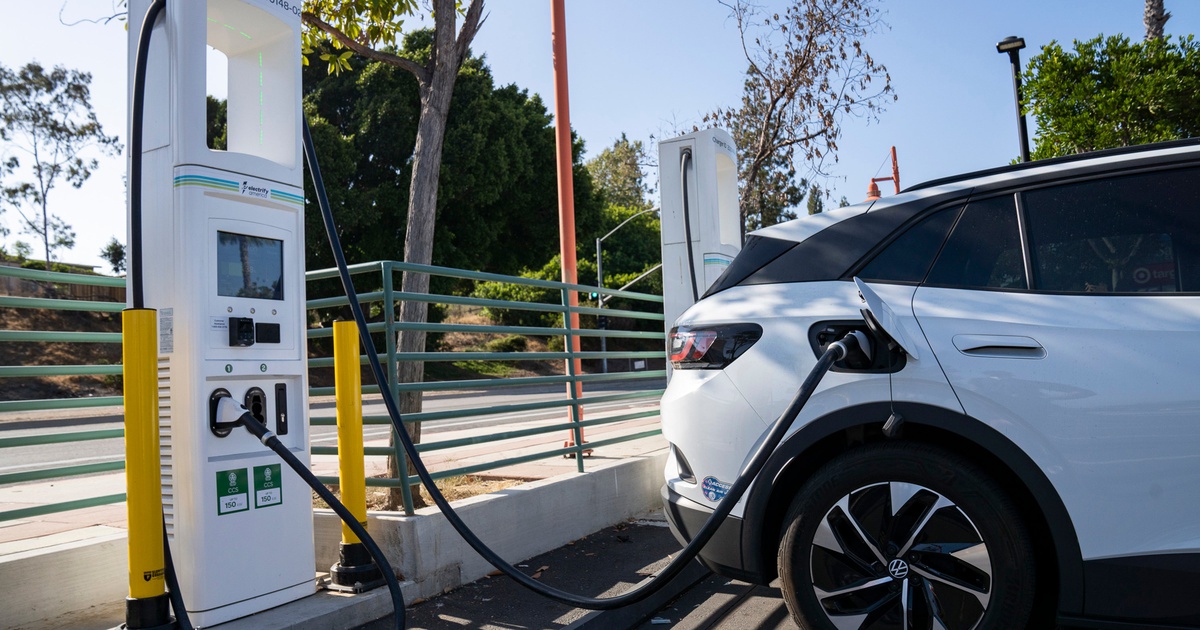 Sign up for The Brief, our daily newsletter that keeps readers up to date with the most essential news from Texas.

In a draft plan released this month, the Texas Department of Transportation outlined a five-year plan to create a network of chargers across the state, starting along major corridors and interstate highways before moving on. build stations in rural areas.

The plan is to have charging stations every 50 miles along most non-commercial interstate highways.

In most other parts of the state, there will be charging stations within 70 miles, according to the plan. Each station is designed to have multiple stands, so there will likely be one available whenever someone stops to reload.

The chargers will be high-powered at 150kW, capable of boosting most electric vehicles from 10% to 80% in around half an hour, according to the report.

The funding comes from the federal Infrastructure Investment and Jobs Act passed last year, which is expected to allocate about $408 million over five years to Texas to expand its electric vehicle charging network. . No funds from the state budget will be used. Nationally, the goal is to create a network of 500,000 convenient and reliable electric vehicle chargers by 2030. In total, through the Infrastructure Act, Texas is expected to receive approximately $35.44 billion in dollars over five years for roads, bridges, pipelines, ports, broadband access and other projects.

“However, since 2020, the total number of electric vehicles across Texas has nearly tripled as more people adopt the technology,” TxDOT said in its report. “With rapidly growing adoption rates, it is necessary to ensure that Texas will be able to meet the demand for these new vehicles on the road.”

The state is gathering public comment on the plan, after which it will be finalized. To receive the funds, TxDOT must submit a finalized plan by August 1 to the Federal Highway Administration.

In the first year of implementation, Texas plans to add approximately 48 new locations to meet the FHWA 50-mile requirement. This is in addition to 27 existing private sector sites and 26 planned sites funded by a separate grant.

Next year’s focus will be on stations located in rural counties, small urban areas and areas advised by metropolitan planning bodies.

After that, in the third through fifth years of implementation, Texas will continue to build charging infrastructure in smaller, rural areas. The report says charging stations could be equipped with a combination of solar and battery equipment to supplement their power supply.

Governor Greg Abbott stressed the importance of including rural areas in TxDOT’s plan in a March 22 letter.

“Texas’ sheer volume of road miles leaves ample opportunity for the deployment of electric vehicle charging. The plan should ensure that every Texan can access the infrastructure they need to charge an electric vehicle,” Abbott wrote. “Additionally, I’m asking TxDOT and stakeholders to include in the plan a way for Texans to easily get from Beaumont to El Paso and Texline to Brownsville in an electric vehicle, with an emphasis on placing rural and connectivity.”

Chandra Bhat, a professor of transportation engineering at the University of Texas and director of the U.S. Department of Transportation’s Center on Data-Supported Transportation Operations and Planning, said the additional charging stations are a welcome improvement to transportation in Texas. Some of Bhat’s research has been funded by TxDOT.

Bhat said there are several barriers to consumer adoption of electric vehicles: upfront cost, anxiety about how far a driver can travel, and wait times for charging.

This new plan solves range anxiety by offering plenty of options just 50 miles apart — however, it doesn’t address costs or completely solve wait times, he said. Although the intended chargers are high-speed, it still takes about half an hour, he said. A driver may not know how long they will have to wait if someone else is already using the pits.

This uncertainty may cause consumers to forego buying electric vehicles altogether, he said.

Bhat said he thinks allowing drivers to reserve charging stations at specific times could help reduce that uncertainty. Still, Bhat said he’s optimistic that more people will adopt electric vehicles in Texas due to planned infrastructure upgrades. He also hopes the state will invest in educating consumers about the increased availability of chargers.

“We will see a definite increase in the next two or three years, I believe,” Bhat said. “And if we hear that batteries will last longer and be cheaper, you’ll see them being bought in droves.”

Join us September 22-24 in person in downtown Austin for the Texas Tribune Festival and experience over 100 conversational events featuring big names you know and some you should know around the worlds. from politics, public policy, media and technology – all hosted by The Texas Tribune’s award-winning journalists. To buy tickets.