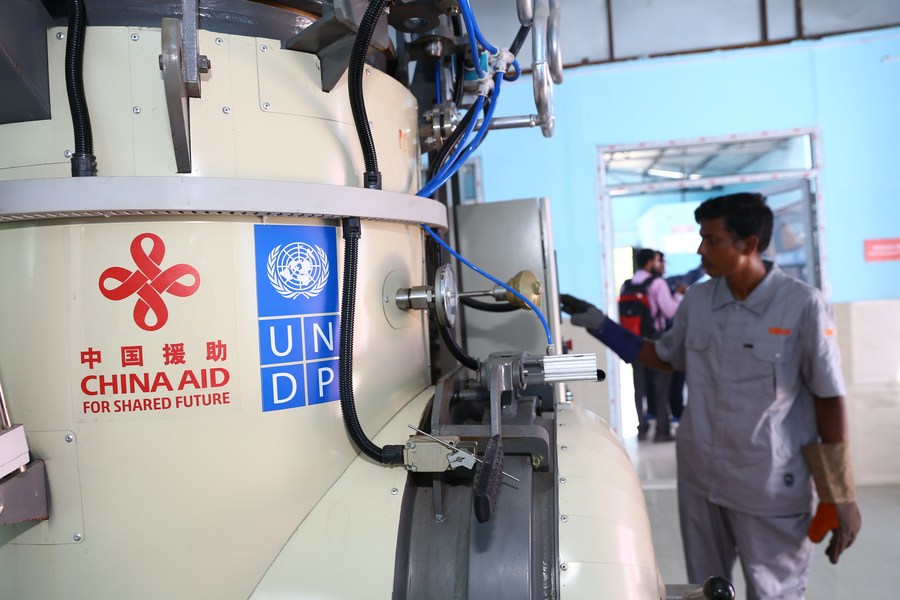 Narayani Hospital medical waste management center in Birgunj city in southern Nepal is equipped with a set of autoclaves that use steam to kill bacteria, viruses, fungi and harmful spores.

The center was built in an area where all types of waste were piled up without separation in the past, and this has been a huge relief for patients, hospital staff and people living around the hospital.

KATHMANDU, Oct. 1 (Xinhua) — Narayani Hospital in Birgunj city in southern Nepal now has its own medical waste treatment center, bringing great relief to people inside and around the health facility.

The health care waste management center was inaugurated at the hospital on Thursday, with a ceremony organized to mark the handing over of essential health equipment for the operation of the center.

The center is equipped with a set of autoclave machines, which use steam to kill harmful bacteria, viruses, fungi and spores.

In addition, 20 officials and 45 others from the hospital were trained on standard operating procedures regarding healthcare waste management.

The waste treatment center was built in an area where all types of waste were piled up without segregation in the past, and this has been a huge relief for patients, hospital staff and people living around the hospital. 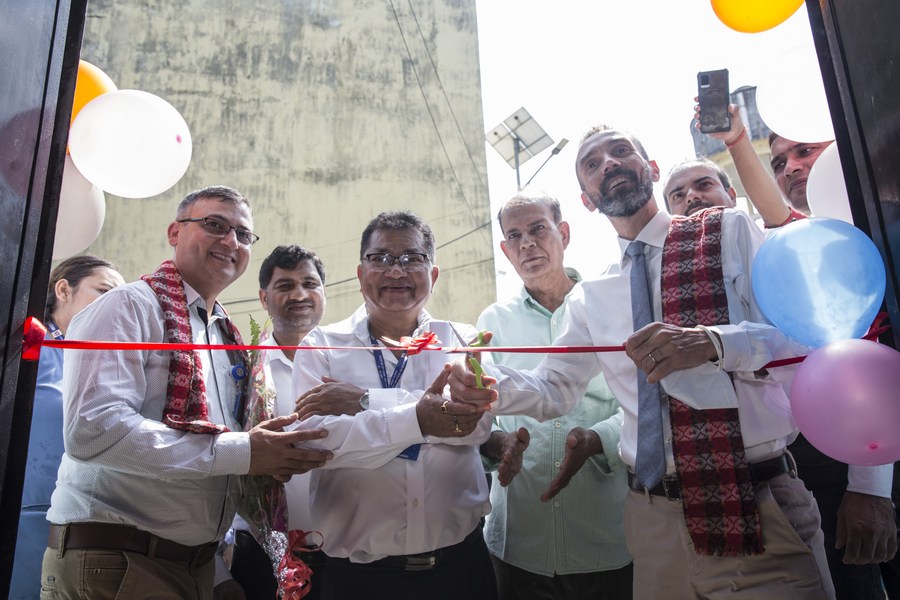 “I had been living with the stench of garbage for several years,” said Krishnaa Barma, a head nurse at Narayani Hospital. “This waste management facility has brought me and my other colleagues who live in the building near this facility enormous relief.”

Sachin Shrestha, a grocery store owner, had to burn incense to dilute the stench of hospital trash.

“I didn’t think such a rapid transformation took place here in the last couple of weeks or so when the waste management facility was put in place,” he said.

The stench wasn’t the only problem for locals, birds had also carried medical waste to their homes in the recent past.

“Birds even brought waste created during the delivery of a baby,” recalls Anupa Gautam, a local resident.

For poor children picking up trash, medical waste made them vulnerable to various diseases, including HIV/AIDS and hepatitis B, from used needles left in the garbage, according to hospital officials.

Things are looking up since Narayani Hospital became one of the few hospitals in town to have its own waste treatment system.

In Birgunj, there are only two hospitals that run their own waste treatment plant, said Rajeshman Singh, mayor of the border town.

“The metropolitan city has its own two small waste treatment plants and we use them to sterilize hazardous waste collected from various hospitals,” he added.

At Narayani hospital, the largest in Madhesh province with 300 beds, 170.26 kg of waste was generated per day, according to a report carried out in 2020.

“Up to 15% of the total waste is hazardous, according to a recent assessment,” said Sruti Sah, head of the hospital’s nursing department.

Along with operating the waste treatment center, Narayani Hospital has started collecting and segregating all non-disposable items such as plastic, gloves and metal.

“We plan to sell these items and earn income, which we can use to fund sanitation staff,” Sah said. 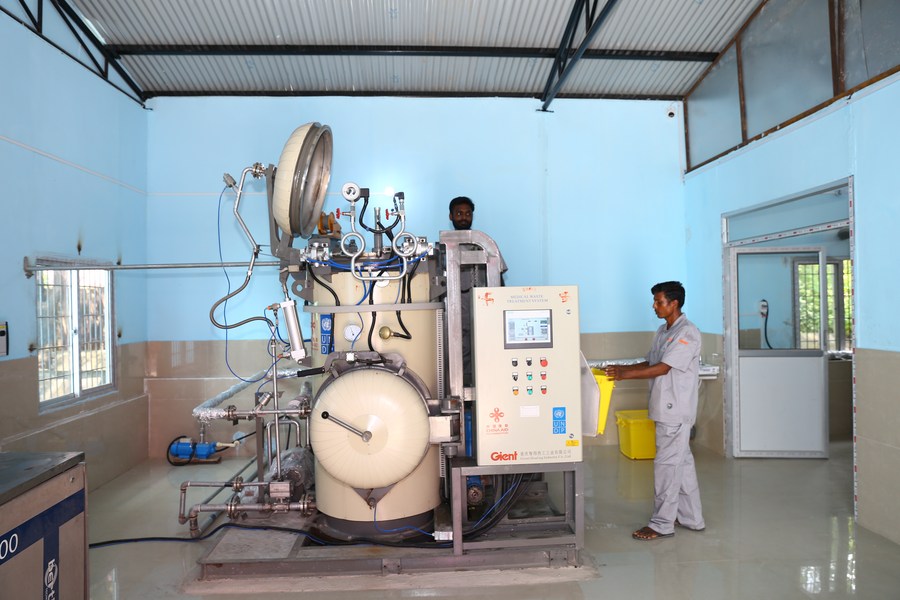 Workers use machines at a Chinese-funded waste treatment center at Narayani Hospital in Birgunj, Nepal, September 29, 2022. (Photo by Hari Maharjan/Xinhua)

In addition to Nepal, the Philippines, Myanmar, Cambodia and Laos are also covered by the China Learning Experience Project to improve COVID-19 response capacity in Asia and the Pacific region, with the technical support from the Solid Waste and Chemicals Management Centre. under China Ministry of Ecology and Environment, China National Health Development Research Center under National Health Commission and Tsinghua University/Basel Convention Regional Center for Asia and the Pacific.

In addition to Narayani Hospital, six other hospitals in Nepal are also covered by the project.

To mark the occasion, a representative from the Chinese Embassy in Nepal congratulated the handover ceremony.

China has always put people first because nothing in the world is more precious than people’s lives, the representative said, expressing hope that the program can “continue to bring safer health services to communities.” and benefit local populations”.

“China stands ready to provide the most needed medical expertise and essential supplies,” the representative added. ■