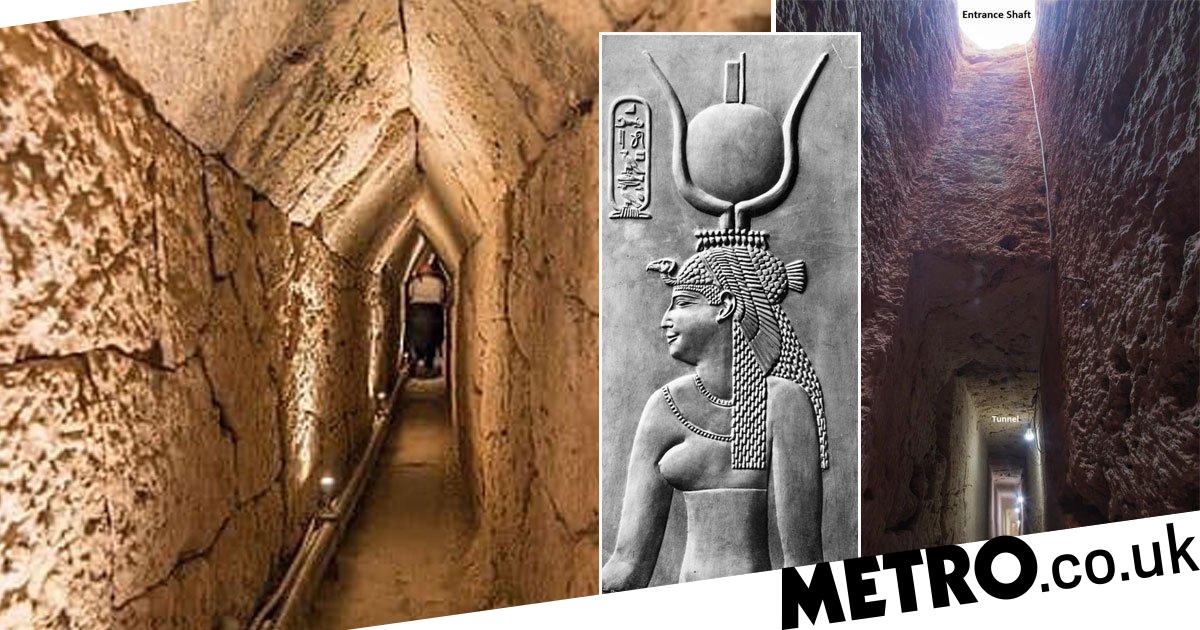 The burial place of Egypt’s last pharaoh, the famous Queen Cleopatra, may soon be revealed to the world.

A tunnel – considered a “geometrical miracle” by archaeologists – has been discovered under the ancient Taposiris Magna temple.

Measuring six feet tall and spanning nearly a mile, it could lead to the long-lost tomb of Cleopatra.

Archaeologist Kathleen Martinez of the University of Santo Domingo believes Cleopatra and her lover Mark Antony were buried in the temple, located near the ancient Egyptian capital of Alexandria.

“It’s the perfect place for Cleopatra’s tomb,” she told Heritage Key, adding that the find would be the “most important discovery of the 21st century.”

“If there is a one percent chance that the last queen of Egypt is buried there, it is my duty to search for her,” explained the archaeologist, who has been working for ten years to find the location of the tomb of Cleopatra.

The famous queen was 39 when she committed suicide in 30 BC. She comes from a long line of Ptolemaic rulers of Egypt – descended from Greek general Alexander the Great.

Cleopatra was buried alongside her lover Mark Antony, Ceaser’s second-in-command, who also committed suicide after being defeated by their political rival Octavian.

“She wanted to be buried with him because she wanted to reenact the legend of Isis and Osiris. The true meaning of the worship of Osiris is that he grants immortality.

“After their death, the gods would allow Cleopatra to live with Antony in another form of existence, so that they would have eternal life together.”

Martinez, who called the tunnel an “engineering miracle”, said its architectural design closely resembles the Yubilinus tunnel project in Greece, as well as being considerably longer. She pointed out that a decent part of the tunnel has been discovered under the Mediterranean Sea.

The excavations also unearthed several ceramic jars and pots, as well as a rectangular block of limestone hidden under the sediments of mud and sand.

At least 23 earthquakes hit the Egyptian coast between AD 320 and AD 1303, causing part of the Temple of Taposiris Magna to sink and collapse.

The research team would also try to uncover part of the foundations of the temple which have been revealed by countless archaeological evidence.

The Egyptian Ministry of Tourism and Antiquities said: “It is noteworthy that the mission, during previous excavation seasons, was able to find many important artifacts inside the Temple, including rooms bearing the images and names of Queen Cleopatra, Alexander the Great, and a number of decapitated statues, and statues of the goddess Isis, together with models and figurines of various shapes and sizes.’

Past excavations have so far uncovered a network of tunnels stretching from King Marriott Lake to the Mediterranean and 16 burials inside rock-cut tombs commonly used in Greek and Roman times.

Additionally, several mummies highlighting features of the mummification process during the Greek and Roman periods have also been discovered.

MORE: A strange, never-before-seen ritual discovered in an Egyptian temple