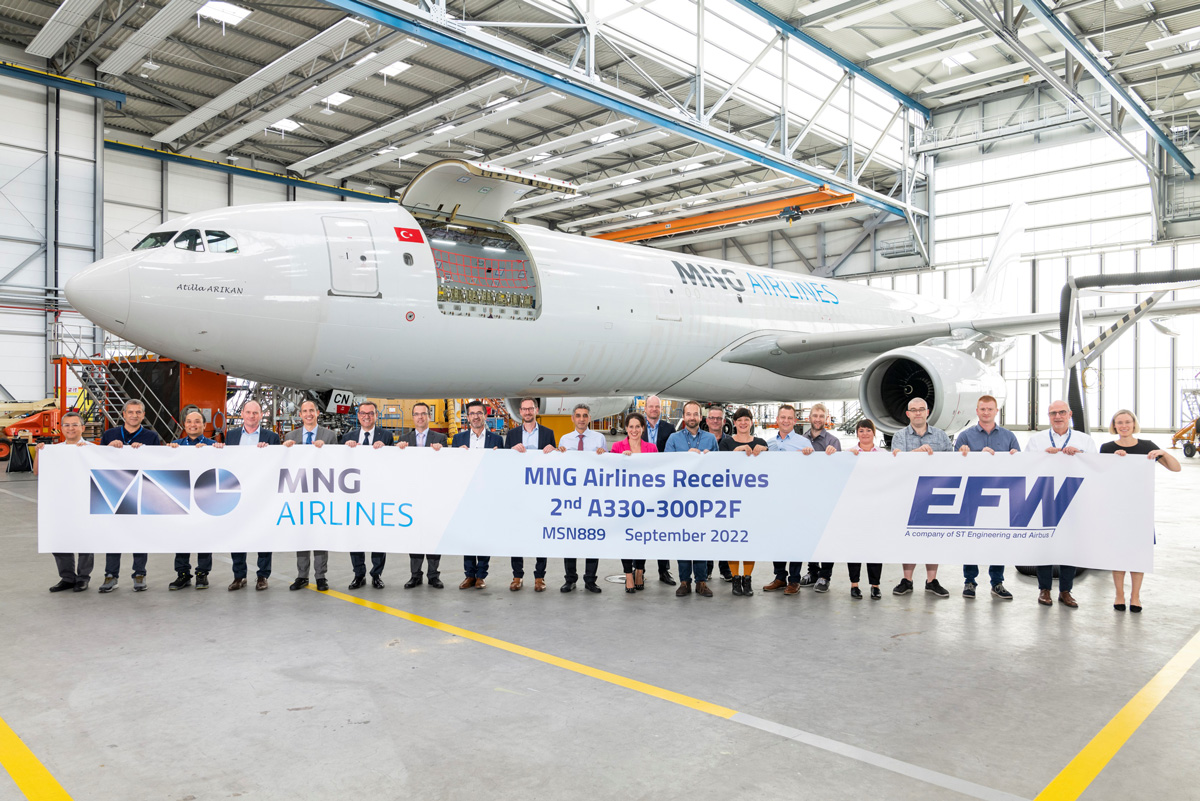 MNG Airlines has received the second A330-300 passenger-cargo

MNG Airlines, which has a large share of Turkey’s air cargo industry, is looking to use its experience to expand its services and flight network. After converting Turkey’s first passenger aircraft into a cargo aircraft (P2F) last year, MNG Airlines has completed the conversion of its second aircraft, and TC-MCN is ready to take to the skies again with structural and volumetric payload capability. much higher.

With the vision of continuous improvement, MNG Airlines was the first Turkish company to invest in the acquisition and conversion of the A330 aircraft into freighters in December 2020. Turkey’s first converted A330-300P2F left the factory d’Elbe Flugzeugwerke GmbH (EFW) in November 2021 and joined the MNG Airlines fleet as TC-MCM. Since then, it has flown nearly 3,000 hours and transported more than 12,000 tonnes of cargo over the past nine months to maintain a sustainable network between China-Türkiye and Europe. The second A330-300, TC-MCN, was sent to EFW for the same P2F conversion process. The passenger-to-cargo conversion lasted 7 months from February to September 2022. TC-MCN is already expected to start commercial operations in mid-September.

The airline will complete its fleet with A321P2F aircraft

Ali Sedat Özkazanç, Managing Director of MNG Airlines, said: “I am delighted to receive our second A330-300 aircraft from EFW’s facilities. As MNG Airlines, we are increasing our cargo capacity with a focus on customer satisfaction and flight safety. The fact that we are the first company in Turkey to invest in the conversion project makes us proud and motivates us to achieve higher goals and work even harder. With TC-MCN, we will serve a wide range of customers and routes, scheduled and charter. I am confident that the collaboration between MNG Airlines and EFW will continue to add value to both companies. We are currently developing transformation plans for 2024 and beyond. These include expanding our flight network and increasing cargo capacity with two additional A330-300P2Fs, for which we have already secured slots with EFW. Market demand and trends for short hauls along with the opportunity for maximum fuel efficiency and lower cost per ton led us to the decision to complete our fleet with the A321P2F in 2023 and 2024.”