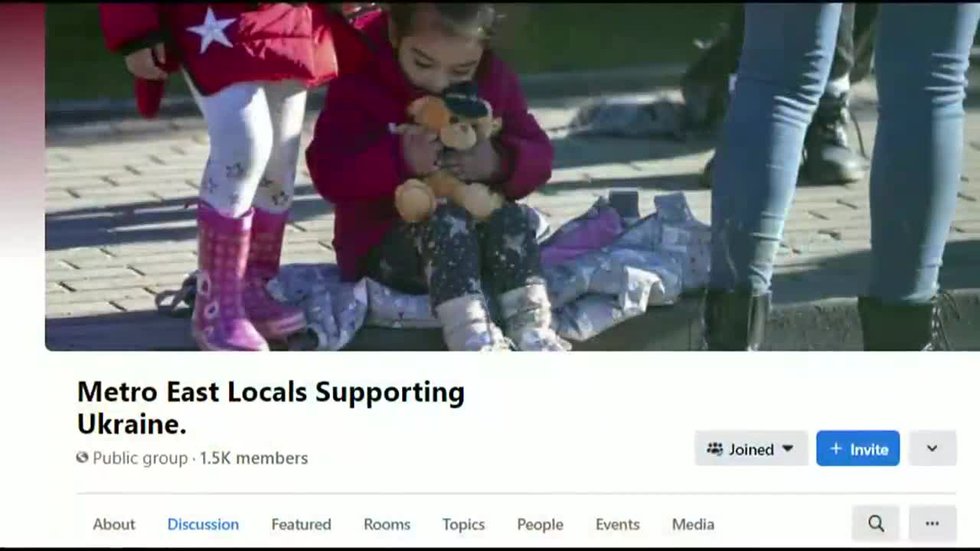 EDWARDSVILLE (KMOV) – As the world watches the humanitarian crisis unfolding in Ukraine following the Russian invasion, Edwardsville residents Michal and Christie Matras are receiving first-hand testimony from loved ones living just across the street side of the border.

“It’s just mind-blowing and terrifying,” Michal Matras said, “a lot of really, really sad stories, and it’s all happening in my hometown.”

Michal Matras was born in Poland, about 100 miles from the Ukrainian border. He moved to the Metro East area in 2005, but many of his family members still live in Poland and are currently helping Ukrainian refugees who fled their country amid turmoil.

“Everyone is talking in Poland, that this is just the beginning,” said Michal Matras. “Over 350,000 women and children crossing the border in the first few days.”

They say they couldn’t just sit and watch their family struggle to help war victims without finding a way to help.

“There are a lot of small towns here with big hearts, and a lot of us felt pretty helpless,” Christie said. “So I thought maybe we could send them some money. The conversion rate or the exchange rate is really nice… [so] I called my bank Monday morning and asked if we could transfer money, and they said they could.

Christie Matras posted a message on Facebook asking friends to help her donate. They said the response was more than they could have expected.

As of Monday, they now have a Facebook group called Metro East Locals Supporting Ukraine, where people can now find ways to help and see how the money they raise goes to helping Ukrainians in need.

“So we’re getting these donations straight to people we know and trust in Poland, and they turn around and buy things like food, diapers and medicine,” Christie Matras said. “And they just bought a generator for a hospital in Ukraine. We have a friend who is very brave and who crosses the border and gets his supplies from Ukraine.

They said they were grateful for all the support they had received and planned to continue fundraising for as long as people in Poland and Ukraine needed it.

“My friends, my very close friends drive to the border, [and] my brother drives to the border and takes as many as he can, random kids, random families,” Michal Matras said. “They don’t even know where they are going. They want to go anywhere out west. And they just hope to find someone generous and kind to take care of them and feed them…provide them with any kind of shelter.

The O’Neill Foundation is now helping Christie and Michal Matras raise donations since their efforts took off.