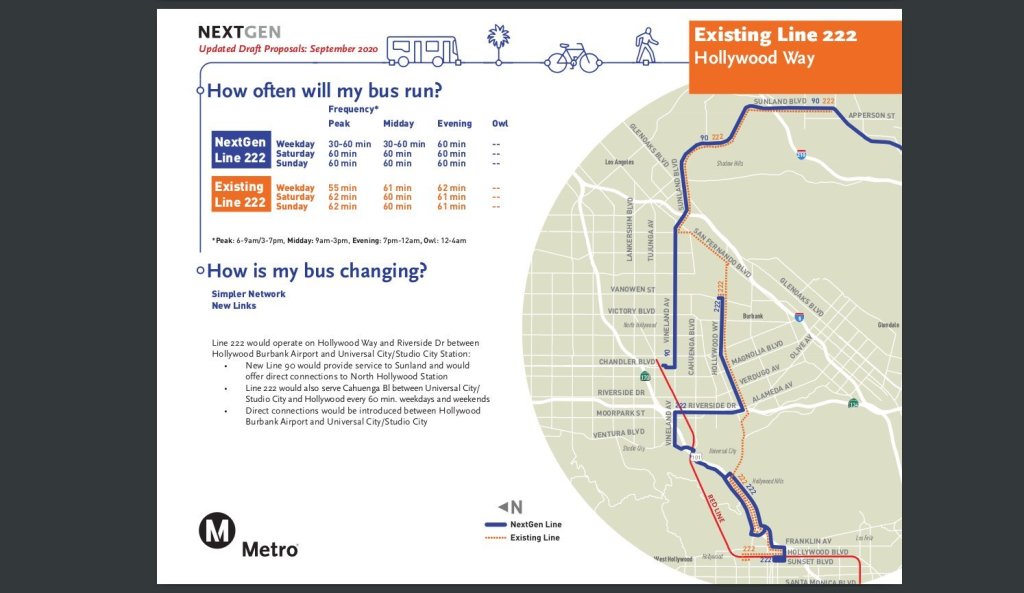 LOS ANGLES – The Los Angeles County Metropolitan Transportation Authority announced changes to bus routes in the San Fernando Valley and the launch of Metro Micro on Silver Lake Boulevard in Silver Lake as part of its NextGen bus plan to improve service .

As of Monday, Metro will have an additional branch of line 236, called line 235, on weekdays in Granada Hills, San Fernando and Sylmar to serve the old line 236 north of Rinaldi Street along Balboa Boulevard, Boulevard Foothill and Glenoaks Boulevard to Sylmar / San Fernando Metro Station.

On Sunday, Metro will launch a new 622 shuttle line in Burbank and Sun Valley to connect Line 222 at Hollywood-Burbank Airport with Sun Valley and bus lines 90, 92, 152, 169, 224, 230 and 294 via Hollywood Way, Glenoaks Boulevard, Tuxford Street and Roscoe Boulevard to Laurel Canyon Boulevard.

The Metro Micro program, which began in partnership with RideCo Inc., offers rides for $ 1 through the end of 2021. Each transport vehicle can accommodate up to 10 passengers, and one person’s journey must begin and end in the same zone.

The Highland Park / Eagle Rock / Glendale area provides access to Glendale Community College and Occidental College, hiking and outdoor activities, Glendale Metrolink Station and Metro L line. The Metro Micro app can be downloaded from the Apple Store at https://apple.co/2KCpWmP and on Google Play at https://bit.ly/3sJz7Tz.

Metro is working to increase the frequency of bus stops and change routes to make them more accessible through its NextGen bus plan. The first phase was implemented in December and the second phase began on June 27, when the transport agency added service on dozens of bus lines, particularly in the San Fernando and San Gabriel valleys. .

All changes of bus lines can be found on metro.net/monbus and more information on the NextGen bus plan are available at metro.net/projects/nextgen.