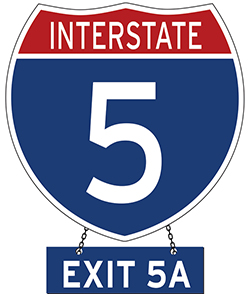 Loews Coronado Bay Resort: An Outpost of the Tisch Family

From the highway exit marked CA 75; Palm Ave., take Palm Avenue (west) and follow it 8.5 miles until it becomes Silver Strand Boulevard nestled between the Pacific Ocean and San Diego Bay. Loew’s Coronado Bay Resort (4000 Coronado Bay Road) will be on the right.

The 440-room Loews Coronado Bay Resort opened in 1991 on a 15-acre spur of land that juts out into San Diego Bay. Like other Loews properties in the United States, it is owned by the Tisch family, which operates the hotel business and other subsidiaries through Loews Corporation, a holding company. Tracing the businesses of the Tisch family is an interesting study of how a family increases its wealth.

The “ancestors” of the hotel were in places such as Lakewood, New Jersey; Atlantic City; and New York’s Catskill Mountains where brothers Laurence and Robert Tisch cut their teeth in the hotel business. Their father Al Tisch, a clothing manufacturer, gave Laurence $125,000 in 1946 to purchase Laurel-in-the-Pines, a 300-room winter resort in Lakewood. Robert joined his brother two years later and they purchased a dozen more hotel properties and in 1956 built the Americana Hotel in Bal Harbour, Florida.

By 1959, the brothers’ hotels were doing well enough that Laurence and Robert were able to purchase all 102 properties of the national chain Loew’s Theaters from MGM, half of which were sold to apartment building developers and others. commercial properties, making a handsome profit. . In 1985, the brothers sold the chain’s remaining theaters to Tri-Star Pictures. The Loew’s theater chain used an apostrophe in its name to differentiate itself from the Tisch family’s Loews Corporation.

The Tisch family meanwhile expanded into other businesses, purchasing in 1968 the Lorillard Tobacco Company, which marketed Kent and Newport cigarettes among other brands; in 1974, CNA Financial, which practiced in the field of insurance; and in 1979, the Bulova Watch Company, which, according to Wikipedia, grew Loews’ revenues from $100 million to more than $3 billion in a single decade.

William S. Paley, the chairman of the CBS television and radio networks, invited Laurence Tisch in 1986 to help him fend off hostile takeover attempts by various rivals. Laurence invested $750 million, enough to buy a 24.9% share of CBS. Laurence then became president and CEO of the company, selling subsidiaries such as the Holt, Rinehart and Winston book publisher and the CBS Music Group, while laying off 230 of CBS News’ 1,200 employees. The company’s stock value rose, but its influence and viewership remained mired in third place behind ABC and NBC. Laurence sold CBS in 1995 to Westinghouse Electric for an estimated $5.4 billion, of which about $2 billion was his own.

Robert, whose birth name was Preston Robert Tisch, was appointed by President Ronald Reagan to serve as United States Postmaster General, serving from 1986 to 1988. Although a Democrat, he served under the Republican president. In 1991, Robert purchased 50% of the New York Giants of the National Football League; the remaining 50% being retained by Wellington Mara, the son of the club’s founder, Tim Mara.

In 1998, Laurence and Robert retired. Laurence died in 2003, aged 80, and Preston died two years later at 79. The next generation of the Tisch family, who took control of Loews, sold the Lorillard and Bulova operations. The company has expanded into the energy field, exploring for oil and natural gas and providing services to oil producers.

Laurence’s children were Andrew, Daniel, James and Thomas Jonah Tisch. Robert’s children were Steve, Jonathan and Laurie. Following the retirement of founders Laurence and Robert, James, Andrew and Jonathan were appointed to the three-member office of Loews Chairman. All had solid business experience.

As vice chairman of Loews, James had bought half a dozen tankers for $42 million in 1982, offloading 51% of the Majestic Shipping business for $150 million four years later. The remaining 49% were valued in 2004 at $85 million. James, in a position that could be described as “first among equals”, has been CEO of Loews since 1999.

Andrew served 10 years as president of Bulova, followed by a stint from 1990 to 1995 as president and CEO of the Lorillard Tobacco Company.

Laurie Tisch dedicated herself to philanthropy by founding the Enlightenment Fund to serve the children of New York, with a focus on the arts and arts education. She sits on the board of trustees of the Whitney Museum of American Art and the Children’s Museum of Art. She is president of the Center for Arts Education, which encourages public schools to improve arts education.

Of greatest interest to Loews Coronado Bay Resort is the fact that Jonathan Tisch has become the family’s travel guru. He became CEO of Loews Hotels in 1989 and also served as president of the US Travel Association, lobbying governments on behalf of all segments of the travel industry. As CEO of Loews Hotels, he pioneered the “Good Neighbor Policy,” which involves donating used hotel furniture, dry goods and leftover food to local communities. The Points of Light Foundation, established by former US President George HW Bush, presented Jonathan with a President’s Service Award in 1996. Jonathan’s other initiatives have encouraged sustainable agriculture and energy conservation measures.

In September 2020, Andrew’s son, Alexander “Alex” Hiat Tisch was named President of Loews Hotels. Jonathan, who continued as chairman and CEO of the hotel chain, in a reference to the COVID pandemic which has significantly reduced occupancy rates across the hospitality industry, said of Alex: “It has been said that in times of crisis people are tested and leadership shines through…His consistent attitude has reassured and reassured our team members, partners and guests during a difficult time in our industry.

The Tisch family is known for various philanthropies, including those that impact the Jewish community. Laurence was president of the United Jewish Appeal of New York. Robert has taken out a chair in Judaic studies at the University of Michigan. Andrew is a director of the American Jewish Joint Distribution Committee (nicknamed “The Joint”) and founded the Jewish Leadership Forum and the Jewish Business Leadership Forum. Members of the Tisch family were major donors to the Jerusalem Biblical Zoo.

The family’s philanthropic interests extend deeply into other areas as well. Laurence was a major donor to the Metropolitan Museum of Art; The Tisch Children’s Zoo in New York’s Central Park and the Wildlife Conservation Society. He chaired the New York University Board of Trustees for two decades (1978-1998), donating the money for the School of the Arts building named after him and his brother Robert. Tisch Hospital at NYU Medical Center is also named after the brothers while Tisch Hall at NYU’s Stern School of Business is named after Laurence and NYU’s Tisch Center for Hospitality, Tourism and Sports Management is named after Robert.

Robert Tisch also donated $10 million to Duke University’s Tisch Brain Tumor Center, which he credits with extending his life after developing brain cancer. The Tisch Building in New York, which is the headquarters of the Gay Men’s Health Crisis (GMHC) program in New York, is also named after him and his wife, the former Joan Hyman. The Tisch Center for the Arts at 92n/a Y Street in New York and the Tisch Galleries of the Metropolitan Museum of Art also pay homage to him.

In the next generation, James and his wife donated $40 million to establish the Tisch Cancer Institute at Mount Sinai Hospital in New York. Andrew chairs the City Parks Foundation in New York and is a director of the Wildlife Conservation Society and the New York City Police Commission. Jonathan donated $40 million for a College of Civic Life named after him at Tufts University in Medford, Massachusetts, and a $10 million donation with his wife Lizzie to the Metropolitan Museum of Art in New York for a costume institute named in their honor.

This story is copyright (c) 2022 by Donald H. Harrison, Editor Emeritus of San Diego Jewish World. He can be contacted via [email protected]