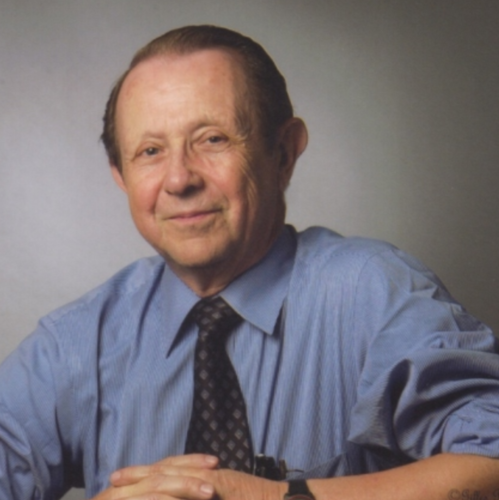 Lewis F. Zurlo was born in Waterbury, CT on June 3, 1935, the son of Vera and Frank Zurlo. Frank Zurlo transferred to New Milford, CT when Lewis was 7 years old and thereafter went to high school and high school in New Milford. After graduating from New Milford High School in 1953, Lewis received three scholarships to attend the Pratt Institute School of Architecture in Brooklyn, NY.

At the Pratt Institute, he won second prize in a competition for low-cost housing; the first prize was for a team thesis on designing a city for the Jersey Meadows. This project appeared on the TV show “Eye on New York” and was even submitted to the United States Congress for consideration. After earning a degree in architecture from Pratt in 1958, he was lucky enough to be able to travel across Europe for three months to see the architecture he had studied and taste the fruits of the European culture that was so new. for him. He had to cut his trip short to return to the U.S. Army Reserve to serve at Fort Dix, NJ.

Shortly after returning from service in 1959, he was invited to work for world-renowned architect Eero Saarinen as a junior designer. The invitation was the result of being recommended to Pratt by the dean of the school of architecture. In his first year outside of Saarinen’s office, he was part of a three-man team that won third prize in an international competition to design a library addition for Dublin University. , in Ireland. Additionally, while in Saarinen’s office, he was credited with inventing a system using an elevator and turntable to change the scene of the new design of the Vivian Beaumont Theater in Lincoln Center NY, from a stage front stage to a stage in the round and vice versa quickly. . Shortly after Saarinen’s death in 1963, Mr. Zurlo returned to CT with Saarinen’s office relocated to Hamden, CT.

Subsequently, after working in New York as assistant chief designer for John Graham Associates, he met his first wife Rosalie Morrone and obtained an architecture license to practice architecture in CT.

The family moved to Danbury, CT. While living in Danbury, Mr. Zurlo became a partner in Eliot Noyes Associates, New Canaan, CT, and served as project manager for many of the exceptional homes for which Eliot Noyes was famous. Two of these houses received were cited as “Record Houses of the Year” in 1971 and 1974.

“The Meadow Street Fire House” was also awarded Best Building of the Year, 1971 in Norwalk, CT with Mr. Zurlo as the project’s architect. While at the Noyes office, Mr. Zurlo built his own home/office on a bluff at Candlewood Lake in 1969. Mr. Zurlo opened his own office in 1973 and by 1980 had partnered with Dan Kistler and the office became ZURLO+KISTLER, Architects.

Mr. Kistler had had continuous work for IBM and soon the office was on call for IBM interiors projects in the greater metropolitan area. Around this time, Mr. Zurlo registered in Massachusetts and New York to help with IBM projects. However, he was primarily involved in local work in Danbury, CT, particularly on Main Street. So much so that upon his retirement in 2003, Western Connecticut University requested that all of his work be archived in the University Library as a Main Street Historical Document for the previous 30 years. In Danbury

Mr. Zurlo has received several awards, including the 1990 Sunderland Award for Distinguished Service to Historic Preservation. The State of CT also recognized Mr. Zurlo for outstanding work in the field of historic preservation that same year. In 1994, Mr. Zurlo received three awards from the City of Danbury, including for the Union Savings Bank Galleria, which later became a landmark building in Danbury; also that year he received an award for the Liberty Terrace project and the Main Street 258-268 renovations. Mr Zurlo was an alternate member of the Danbury Zoning Board from 1991 to 1993.

For twenty years until the year 2000, Mr. Zurlo was an influential member of the Danbury Preservation Trust. Dan Kistler retired and the office became Lewis Zurlo Associates in 1990. In the same year, Mr. Zurlo married Heather Lynn Fortbrook. Ms. Fortbrook has had extensive training in art and architecture and for a few years worked in the office primarily performing and coordinating the interior work of the office, as well as running her own business designing exhibits for museums and trade fairs. While married to Heather, they traveled extensively, including Brazil, France, England and Italy, where he was able to visit relatives. Previously, he had traveled to North Africa, Canada and Mexico. He is survived by his wife, Heather, and his daughters Elise and Laura.

After retiring in 2005, the family spent winters in Naples, FL, and summers at Heritage Village, Southbury, CT. where Mr. Zurlo was able to practice his golf and tennis hobbies. He also took up the piano again and took Italian language lessons. Ms. Zurlo became one of Naples’ top real estate professionals with John R. Wood Properties and remained with them for over 17 years.

Since the start of the pandemic, the local YMCA has donated one million meals