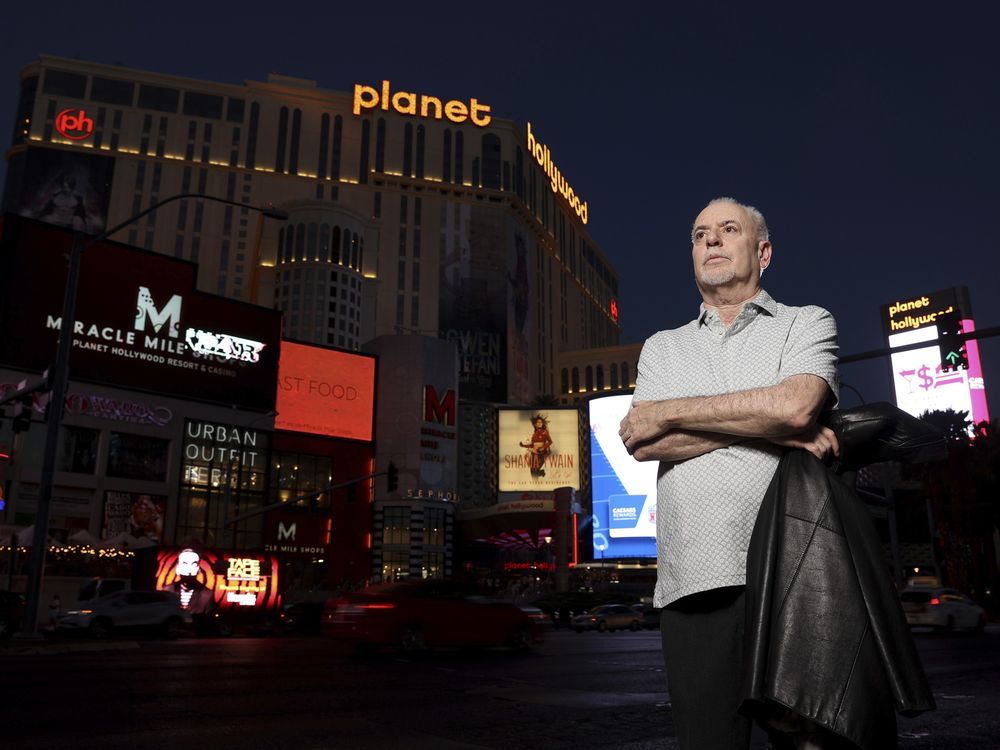 RENO, Nev. (AP) — The Las Vegas Review-Journal is demanding that authorities not examine a slain journalist’s electronic devices and reporting materials, which were seized by authorities after his death.

Jeff German’s cell phone, four computers and an external hard drive could be used in the pursuit and defense of German’s alleged killer. But they contain confidential sources and unpublished documents that are protected by federal and state law, the newspaper argued.

“The Review-Journal appreciates the efforts of law enforcement to investigate the murder of Mr. German, and of all those who seek to ensure justice for this horrific crime,” said an attorney representing the Review-Journal in a letter sent Thursday. to local authorities, which was first reported by the newspaper. “However, the newspaper has serious and urgent concerns regarding the protection of confidential sources and other unpublished journalistic work products contained in the devices seized from Mr. German.”

Prosecutors say Clark County Public Administrator Robert Telles fatally stabbed German outside his home on Sept. 2, which authorities say may be linked to German’s reporting of Telles’ time as a public administrator. German’s stories included reports of bullying and hostility perpetrated by Telles in the office, as well as an inappropriate relationship with a staff member.

Telles lost the June Democratic primary in his bid for re-election. He is currently being held in prison.

The Las Vegas Metropolitan Police Department seized German’s belongings while investigating his death, according to the letter.

In the letter, attorneys for the Review-Journal argued that the seizure violated federal privacy law, which prohibits the search and seizure of journalists’ working papers and other documentary materials. They also argued that the information seized is protected by Nevada Shield Law, which states that no reporter, former reporter, or editorial employee is required to disclose published or unpublished information obtained through the data collection process. information.

The Review-Journal requested a meeting with law enforcement officials to discuss the disposal of the seized materials.

“The Review-Journal and authorities have worked cordially and in good faith since the murder of Jeff German to resolve issues regarding Jeff’s phone and computers and the extremely sensitive information they contain,” said Glenn Cook, editor. editor of the Review-Journal, in a press release. The Associated Press. “But the negotiations are at an impasse.”

The Clark County District Attorney’s office did not immediately respond to an email request for comment on Friday. A spokesperson for the Las Vegas Metropolitan Police Department said in an email that it was unable to comment on specific evidence in the cases.

Ashley Kissinger, an attorney representing the newspaper, spoke with the district attorney’s office and the public defender on Thursday. But so far the parties have been unable to reach an agreement, she said in an email to The Associated Press.

“The stakes for a free and independent press in Nevada could not be higher,” Kissinger said in a statement to the newspaper. “Law enforcement officials want to review information contained in these devices that would likely reveal the newspaper’s confidential sources at these same agencies. This happens in other countries, but not in the United States. This is precisely why we have press shield laws that prohibit this.

On Friday, the Review-Journal published a long story that German was working on before his death. It examines the Las Vegas-based origins and development of the Oath Keepers, a right-wing militia group, as well as the legal troubles they find themselves in due to their role in the January 6, 2021, uprising. German’s signature is on the story with another reporter who completed the story after his death.

Stern is a member of the Associated Press/Report for America Statehouse News Initiative. Report for America is a nonprofit national service program that places reporters in local newsrooms to report on underreported issues. Follow Stern on Twitter: â†*gabestern326