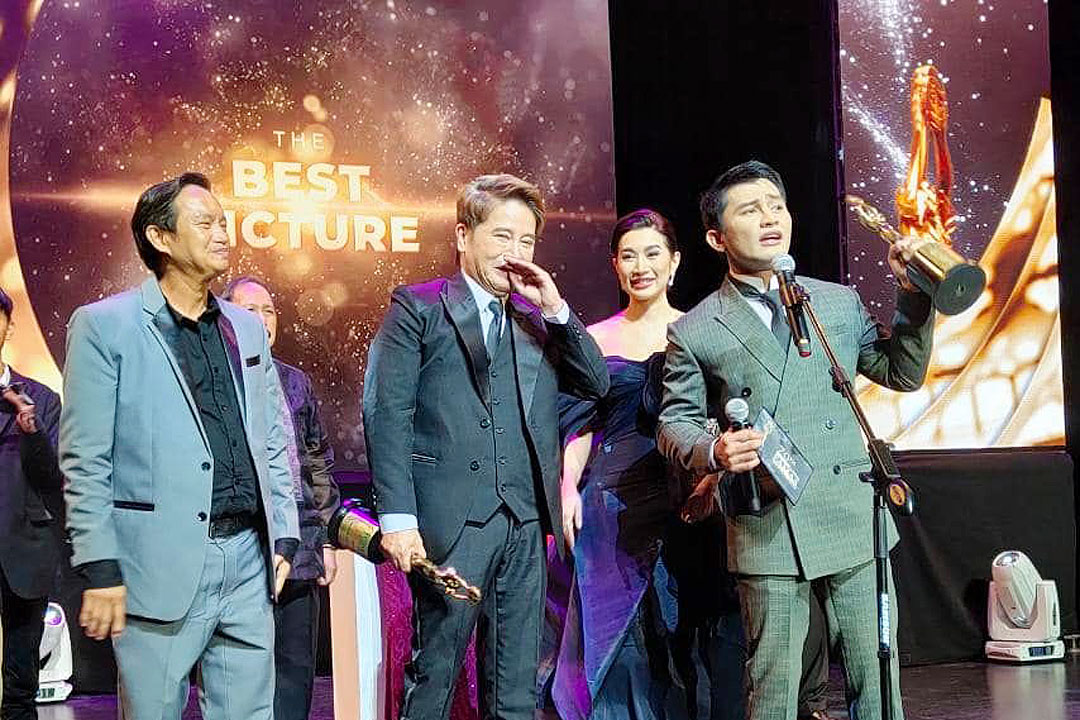 A FILM about the tribulations of student activists during martial law was the big winner of the 70e Philippine Academy of Motion Picture Arts and Sciences (FAMAS) Awards Ceremony on July 30 at the Metropolitan Theater in Manila.

The musical drama from Philstagers Films won seven awards from its 17 nominations, including Best Director, Best Actor and Best Picture.

Katips: the movie is a musical drama adapted from the 2016 musical Katips: Ang Mga Bagong Katipunero. Written and directed by lawyer Vince Tañada, who also stars in the film, the story follows a group of rebels, led by student leader Greg (played by Jerome Ponce), subversive writer Panyong (Mr. Tañada) and Alet (Adelle Ibarrientos), and their efforts to continue the fight against dictatorship even when the odds seem against them. The film will premiere in theaters nationwide on August 3.

Katips: the movie is Mr. Tañada’s first film. “This is the first movie I’ve produced with the hard-earned money I saved up as a lawyer,” he said in English and Filipino as he received his Best Director trophy.

Mr. Tañada, who also won Best Actor for Katipsbegan studying theatrical arts in New York and returned to the Philippines to complete his law studies.

“I told my parents that I wanted to follow my passion for theater arts. That’s why I founded the Philippine Stagers Foundation where I directed and wrote for 30 years,” Mr. Tañada said in both English and Filipino.

“I really need to make this movie because only through movies will I be immortalized as an artist,” he said.

The event was hosted by Inka Magnaye.

The FAMAS Awards are considered the oldest existing awards body in the Philippines and one of the oldest in Asia, having started in 1953. The awards are presented by the Philippine Academy of Motion Picture Arts and Sciences, an organization made up of writers and film columnists. .