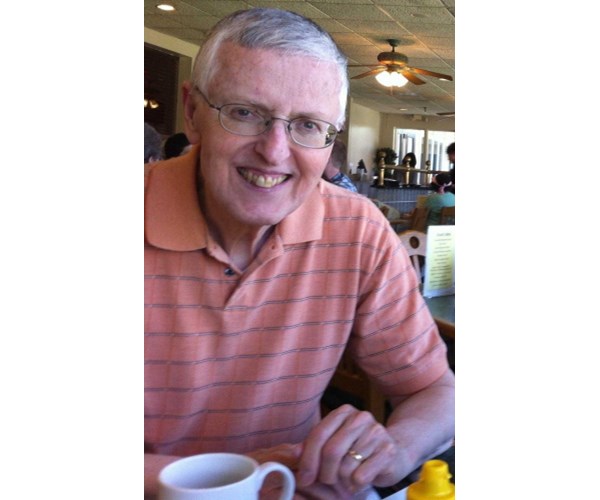 On the table by his bed, John Gibbons has a stack of books: Charles Spurgeon on Pleasuring God’s Presence, CS Lewis on Miracles, John Piper on Desiring God. His well-established Bible. The books – and his family – were by his side until Tuesday, December 28, 2021, when he was called home, the end of a life marked by scripture study and community building. .

John Gibbons died in Silver Spring, Maryland, the culmination of a long battle with cancer.

Throughout his life, John was dedicated to forging bonds with everyone he met. On the serious side, it meant bringing together those in need with those who could help, sharing the wisdom he had learned through life’s trials and tribulations, and uttering a kind word or harsh reality check when l one or the other was required. Less seriously – and often to the dismay of his family – it meant striking up a conversation with every waiter, seatmate, or passerby he encountered. John was known for his quick wit and gentle sense of humor, finding joy in quiet moments and making every situation laugh.

Born in the Flatbush neighborhood of Brooklyn, New York, in 1943 to Richard and Anne Gibbons, John grew up playing stickball on the streets with his older brother, Richard, and had his fingers rapped by Franciscan teachers. After graduating from St. Leonard’s Academy high school in 1961, he worked for a few years as a runner on Wall Street, then started working for the Metropolitan Life Insurance Co. While working at MetLife, he graduated a bachelor’s degree in business administration from Long Island University and joined the New York Army National Guard, in which he served for five years.

Most importantly, he met Loretta Engle there. The two wooed for two years – John getting up early to save Loretta a seat on the subway, and the two shorthand coded slippery notes Gregg to each other at work. The couple moved to New Jersey after getting married in 1968, then to Pennsylvania, where they raised a family – sons Brian and Timothy and daughter Susan – first in Mountain Top, then in Wilkes-Barre.

For much of his life, John worked in sales, real estate, insurance and technology, including several years as an executive at the largest privately-owned fiber-optic network company in Pennsylvania.

In 2003, after decades of volunteer work ranging from teaching Sunday School to serving on boards of trustees in several churches, he combined his passion with his professional skills, assuming the role of Executive Pastor at Back Mountain. Harvest Assembly. In addition to preaching on Sundays, he helped at various community events – including the annual live nativity scene that draws thousands of viewers – and oversaw the expansion of church property with the purchase of the Valley Tennis and Swim Club.

While John excelled at global thinking, what motivated him were the little moments of grace he could bring into people’s lives. He has spent countless hours counseling and ministering, helping members of a local addiction support group, working with inmates, and building the BMHA Pantry.

His life was devoted to touching the lives of others; the impact he had on others during his time here on earth is his true legacy.

John is survived by his wife, Loretta Gibbons; his children, his sons, Brian Gibbons Orlando, Florida; and Timothy Gibbons and his wife, Michaela, Jacksonville, Florida; and her daughter, Susan Parrett and her husband, Matthew, Bethesda, Maryland; granddaughter, Hannah Parrett; and grandsons, Finnley Gibbons and Zachary Parrett.

He was predeceased in death, besides his parents, by his granddaughter Faith; and his brother Richard.

In lieu of flowers, gifts in memory of John can be made to support prostate cancer treatment research at the Johns Hopkins Sidney Kimmel Comprehensive Cancer Center in hopkinscancer.org. The compassion and resourcefulness of the staff at the center blessed John and his family during his battle with the disease.

The family would also like to thank the staff at Montgomery Hospice, who have provided care and support to John for the past several months.

Interment is managed by Going Home Cremation and Funeral Care of Rockville, Maryland. Details regarding a celebration of John’s life, which will take place later in the year, are still being determined.