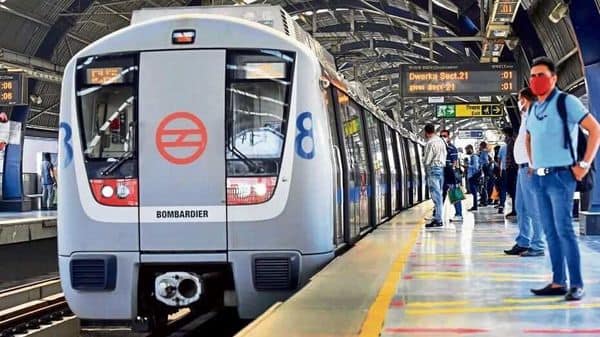 “The Najafgarh – Dhansa Bus Stand section on the Gray Line of the Delhi Metro will be officially opened for passenger services by the Union Minister for Housing and Urban Affairs, Sh. Hardeep Singh Puri and the Chief Minister of Delhi, Sh. Arvind Kejriwal in the presence of Union Minister of State for Housing and Urban Affairs, Sh. Kaushal Kishore and NCT Delhi Minister of Transport, Sh. Kailash Gahlot on September 18, 2021 (Saturday) at 12:30 p.m. by videoconference. Passenger services on this section will begin at 5 pm the same day, ”DMRC said in a statement.

With the opening of this section, the reach of the Delhi metro network will increase to 390 km with 286 stations.

Dhansa Bus Station has been adorned with attractive artwork and photographs, which showcase the rich heritage, culture, flora and fauna of this suburban locality of the nation’s capital.

In addition, the DMRC has built its very first underground car park integrated into this Gray Line station which will allow commuters to park their vehicles and go directly to the lobby.

The station has been designed as a four-level underground structure where the platforms will be at the bottom (to an approximate depth of 18m), followed by the hall and then a whole floor for parking above with the roof level at the top. . (or at ground level), the DMRC said.

This extension of the Gray Line of over 4.2 km (Dwarka-Najafgarh Corridor) will immensely benefit residents of inland areas around Najafgarh, which is steeped in history.

The Dwarka-Najafgarh Corridor was opened in October 2019, which for the first time connected the urban village area of ​​Najafgarh to the rapid transit network.

* Thank you for subscribing to our newsletter.