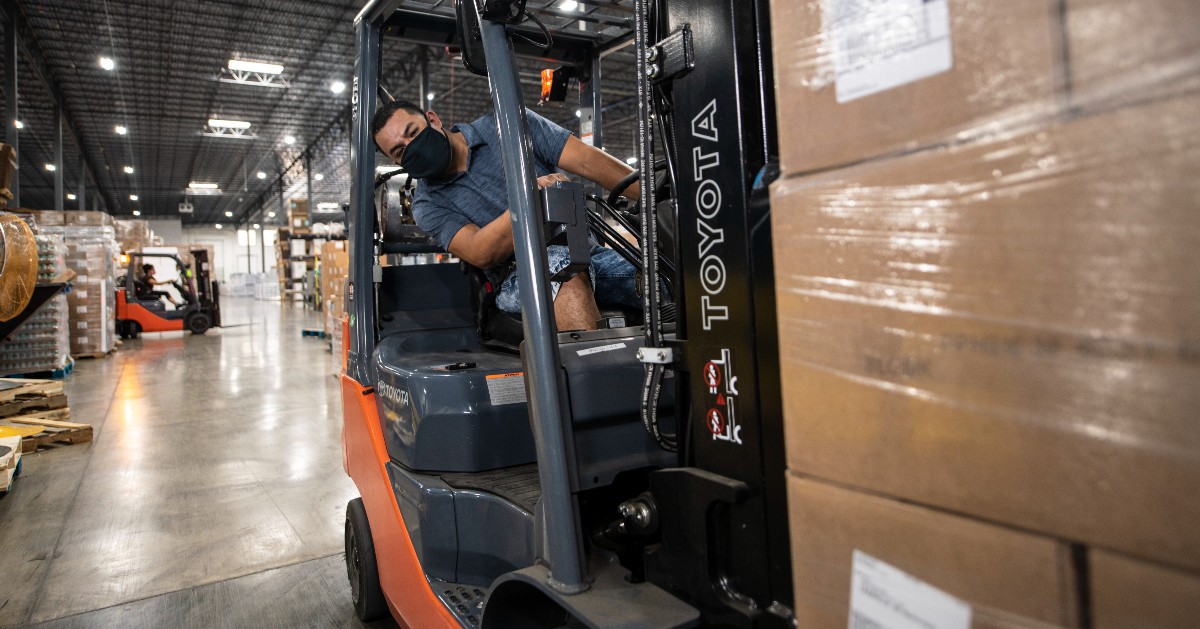 How OSHA handled the workload placed on it by the pandemic

The best listening experience is on Chrome, Firefox, or Safari. Subscribe to Federal Drive’s daily audio interviews on Apple Podcasts or PodcastOne.

OSHA, the Occupational Safety and Health Administration, is dedicated to ensuring safe practices at job sites nationwide. The pandemic has made things busy and a bit difficult for the agency. Here with an update, Baltimore-Washington OSHA Zone Manager in Linthicum, Md. Nadira Janack.

Tom Temin: Mrs. Janack, nice to have you.

Nadira Janack: Hello. Thank you for inviting me here today.

Tom Temin: And in that Washington-Baltimore area that your office covers what’s been going on over the past two years with the pandemic and the workplace all kinds of uncertainties? Did this affect OSHA and how did you deal with it?

Tom Temin: Sure. Understood. And do you also cover public officials, public workplaces, public government workplaces, for example, the state of Maryland and also the federal government, which is, you know, to a large extent located in the Baltimore-Washington area? I mean, you have social security, for example.

Tom Temin: Okay and who’s covering the airport there, BWI Thurgood Marshall, by the way?

Nadira Janack: Well, that would be the state of Maryland.

Tom Temin: Okay. Alright, so you got everything else? And has the nature of complaints changed? I mean, have there been any COVID and security issues with masking and all that stuff? Does this go into OSHA with everything you normally get?

Nadira Janack: Yes, we do receive these complaints, yes.

Tom Temin: And what is your jurisdiction there? And what do you tell people when these complaints come in? What happens?

Nadira Janack: When we receive complaints, we assess the complaints to see what our jurisdiction is, if we have coverage on them, and how we can respond to them. Then we will deal with complaints appropriately based on our coverage.

Tom Temin: Because a lot of times in OSHA’s history there have been systemic issues that, say, in a company that they don’t know, I don’t know anything, they set up a factory or a warehouse or a workplace that has some sort of unsafe condition that could affect anyone passing through. And then, clearly, you take care of the management of that location or that business. But what about the location, let’s say there’s a policy in place that everyone has to have a mask, but someone is complaining, “Well, Joe here, or those three people? here do not follow the rules. ” How do you deal with this when company policies are everyone saying, have a mask?

Tom Temin: Because there might be a case where the policy they have is correct. But law enforcement is not carried out by the company itself, as opposed to the company hosting something that it needs to fix company-wide.

Tom Temin: Understood. We speak with Nadira Janack. She is the director of the OSHA Baltimore-Washington regional office in Linthicum, Maryland. And Linthicum is not a well-known town, but it’s close to Baltimore, should we say, in this part of the country, isn’t it?

Tom Temin: By the way, do you share this facility with other federal agencies or is it just an OSHA office?

Tom Temin: Okay, how many people do you have to cover the Baltimore-Washington area?

Nadira Janack: We have six compliance officers who cover our jurisdiction.

Tom Temin: So don’t complain to these people. Unless you really have a real problem, is that what you’re saying? Well, I will say no.

Nadira Janack: No, I’m not saying that.

Tom Temin: But has the pace of complaints accelerated during the pandemic for your office?

Nadira Janack: It varies from day to day. I mean, I can’t really say he picked up, he stayed steady. So it’s just that the number of COVID-related complaints has increased since the pandemic compared to regular complaints. When I mean regular complaints, I mean construction complaints and complaints about issues with, say, electricity. We have seen an increase in complaints related to COVID.

Tom Temin: Yeah, so the implication here is that the complaints in general, because the increase, there hasn’t been such a big increase, it’s been constant, that the complaints in general, don’t come from offices where people can work remotely, office workers and information workers. Unlike people who pull wires for construction, that sort of thing.

Tom Temin: And if you filter out COVID-related complaints in general, is there a trend? I mean, do you see some type of complaint that comes up most often?

Nadira Janack: Not really. Like I said, it’s going to vary and it’s kind of remained stable. So it’s just the influx of COVID complaints that we’ve mixed in with the other complaints we normally receive.

Tom Temin: Now, OSHA has released recent guidelines on types of warehousing and distribution companies. And there are a lot of them in the area, even if you don’t cover the airport, say, but there are probably a lot of employers around the airport that take care of all the physical distribution and movement of goods. which end up at the airport. So what’s the best advice for COVID in general? What are you telling people these days?

Nadira Janack: Well, I would suggest that they include performing a workplace risk assessment for potential COVID exposure, and preparing or response plans and taking action to improve their ventilation in areas. where there is transmission. I mean, review online resources and review best practices for safety and health programs. And if they need help, contact a compliance support specialist. They can also contact the consultation program on site. I mean, we have various programs in place and resources that they can use available to them for their use.

Tom Temin: Tell us about your own career. How did you come to OSHA? And do you like it and how does it feel to be a zone manager?

Nadira Janack: Well, I love working for OSHA. I like the mission. I like being able to help employees and employers create a safe work environment. I mean, I ended up at OSHA, because I wanted to make a difference for the workplace and make sure employees came home safe. And it was only luck that I ended up working in the health and safety industry. I mean, I started with the state of Maryland actually. And then I ended up working for Federal OSHA. So, and I rose through the ranks. And being a zone manager takes a lot of time. And it takes a lot of discipline to be able to manage the group. It is therefore a rewarding job. So that’s what I appreciate about the job.

Tom Temin: Good. Nadira Janack is the director of the OSHA Baltimore-Washington regional office in Linthicum Maryland. Thank you very much for joining me.

Nadira Janack: Thank you for having me, I appreciate your time.

Tom Temin: And if you don’t like something in your workplace, the contractors out there call her.

Art critic Beat returns to the arts in 2021