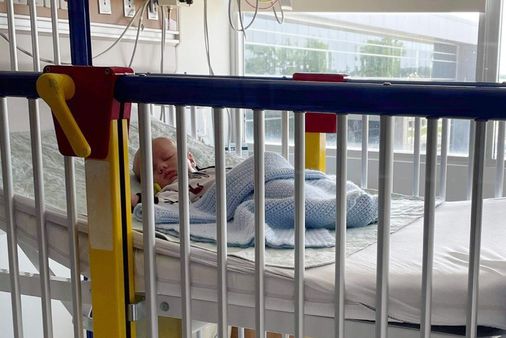 By delaying some elective pediatric surgeries, hospitals are trying to free up inpatient beds to deal with an unexpected increase in the number of children suffering from common viruses, including respiratory syncytial virus, or RSV.

“Unfortunately, we have had to postpone some scheduled procedural care for children due to the current high increase. This includes some cardiac care,” said Dr. Paul Biddinger, head of preparedness and continuity at Mass General Brigham. “We have active incident management teams at Mass General Hospital for Children and for the Mass General Brigham system as a whole to maximize our capacity and try to avoid rescheduling necessary care, but the scale of the he increase has been so great that it is not always possible. »

Boston Children’s Hospital said it has been at capacity or overcapacity for nearly six weeks and expects its patient numbers to only increase through the winter months. As a result, the hospital was postponing cases where a delay would not be detrimental to a patient’s clinical condition.

“We reach out to patients and families as soon as we know their case is postponed,” said hospital spokeswoman Kristen Dattoli. “We recognize that this bothers everyone – no one wants to have delayed admissions – so we do our best to reach out when we know we have to postpone.”

Baystate Children’s Hospital is also delaying the few scheduled surgeries it has, postponing two that were scheduled over the next two weeks.

But the hospital isn’t doing enough scheduled surgeries for the delays to significantly improve its capacity issues, so Baystate is trying to build capacity in other ways. Already, the children’s hospital has asked community hospitals affiliated with the system to keep patients between the ages of 18 and 21 instead of sending them to the children’s hospital as they normally would. Pediatric overflow beds are also installed in the adult medical intensive care unit, or ICU.

Meanwhile, the hospital is watching with suspicion the rise in flu infections in Connecticut and the South of the country.

“We don’t have the beds for kids now for RSV and other respiratory viruses,” said Dr. Charlotte Boney, chief pediatrician at Baystate Children’s Hospital. “We are really worried about the flu.”

Last Monday, the Ministry of Public Health issued guidelines to hospitals facing capacity shortages. The guidelines included a recommendation that all emergency departments should be prepared to provide oxygen support to children through a high-flow nasal cannula – a treatment patients would typically receive upstairs. hospital after admission.

DPH further stated that all hospitals with licensed pediatric beds must staff them, even if it requires the facility to use temporary or contract labor to do so.

Hospitals should also use beds available at community hospitals and transfer patients there as needed, according to state guidelines.

However, transferring patients to more intensive beds has become extremely tricky. According to a snapshot of bed availability provided daily by Boston MedFlight to area hospitals and obtained by The Globe, Massachusetts General Hospital’s 13-bed pediatric intensive care unit was full on Monday, and only two of its 21 beds were in need. neonatal intensive care unit were available. Brigham and Women’s Hospital had three of the NICU’s 60 beds.

According to Boston MedFlight, as of Tuesday morning there were only about a dozen PICU beds available in all of Massachusetts, New Hampshire, southern Maine and Rhode Island.

In addition to delaying pediatric surgeries, some hospitals must provide care that would normally be provided in ICUs in low-intensity beds, such as for a child in respiratory distress requiring continuous nebulization. And while the use of certain therapies could automatically send a patient to intensive care in the past, now it’s all about whether there’s a bed.

“If they need intensive care and a bed is available, we will transfer them there. But we want to make sure we can provide the care they need if a bed isn’t available,” Biddinger said. “That’s why many systems, including ours, are providing more support from our critical care doctors and nurses to clinicians on the floor or in the ER, and trying to deploy additional support from respiratory therapists. , and increased training on these therapies for clinicians in the pediatric setting in general.

Even hospitals that have not yet delayed scheduled surgeries remain concerned about their capacity. South Shore Health said it was not postponing pediatric surgeries, although 14 of its 18 pediatric beds were occupied Wednesday morning.

UMass Memorial Medical Center said it is experiencing a high volume of pediatric patients due to RSV, influenza and COVID, combined with the ongoing behavioral health crisis. As of Tuesday, the hospital’s pediatric bed capacity was 115%, meaning children who have been admitted to hospital have to wait in the emergency room until the beds become free.

“At this time, elective pediatric surgeries have not been canceled, however, we continue to monitor the situation and review the status of our bed and each case to determine if an elective procedure can be safely postponed or if we have the capacity to proceed,” said Dr. Lawrence Rhein, chairman of the hospital’s pediatric department.