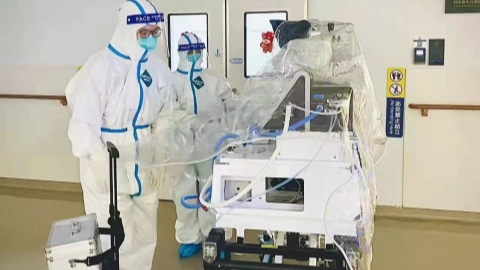 Emergency departments at local hospitals in Shanghai are working overtime to keep up with a steady flow of patients amid the recent surge in COVID-19 cases.

Xinhua Hospital said it received 40 to 50 ambulances every day this month. Its Newborn Diagnosis and Rescue Center voluntarily transported 25 newborn babies in critical condition, including six from communities or hospitals who were confined in negative air pressure ambulances..

The hospital cited the case of a French newborn who was transported to Xinhua from a local maternity ward on March 15 with a serious congenital heart condition. Emergency surgery was performed that night and the baby is currently in stable condition.

The hospital’s emergency department, as well as the chemotherapy and radiation wards for adult and pediatric patients and the hemodialysis ward for people with kidney failure are all functioning, hospital officials said.

A 3-year-old girl was rushed by ambulance from Chongming district to Xinhua last Friday – the third hospital she visited for treatment. Suffering from severe nosebleeds and low hemoglobin, the girl’s condition had deteriorated since early March.

After arriving at Xinhua, her condition continued to worsen. After treatment and consultation with other experts, doctors concluded that the girl suffered from acute leukemia.

Thanks to a treatment regimen that included chemotherapy and haemodialysis, the girl’s condition has now stabilized.

Doctors treated emergency patients whether or not they underwent nucleic acid testing.

Xinhua said a 33-year-old pregnant woman from a gated community recently arrived at her emergency department with stomach pains. Doctors wore protective gear while treating her as she did not have a negative PCR report.

To save the woman’s life, doctors arranged a PCR test while sending her to a negative air pressure operating room to perform surgery immediately. Doctors discovered severe bleeding inside the abdominal cavity, confirming that the woman was suffering from an ovarian pregnancy, a rare type of ectopic pregnancy.

The woman was in stable condition after surgery.

Medical staff are sleeping in the hospital to ensure there is enough manpower around the clock, officials told Xinhua.

A patient in critical condition in the emergency department of Xinhua Hospital. 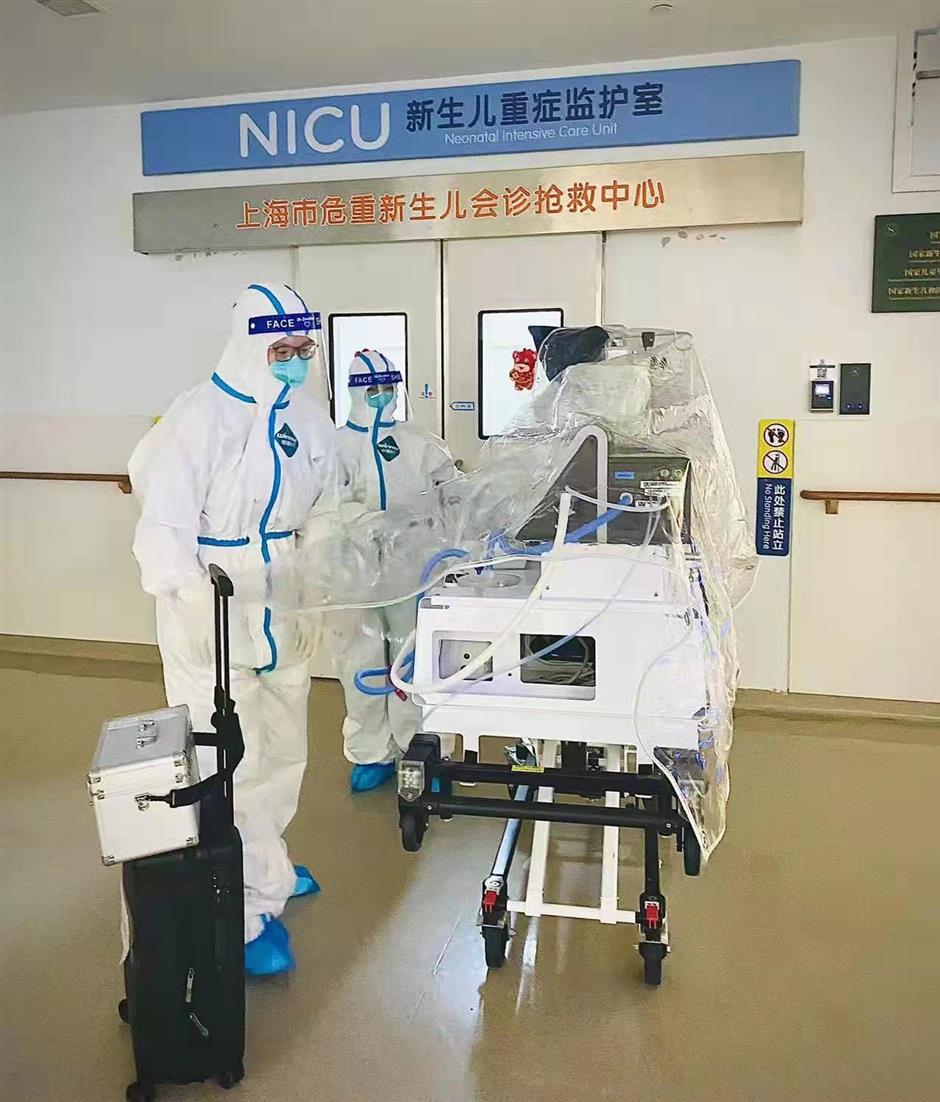 A newborn baby in critical condition is taken to Xinhua Hospital.

Ruijin Hospital, meanwhile, managed to overcome all difficulties amid the resurgence of COVID-19 to perform a successful heart transplant on a patient on Sunday.

The patient contacted the hospital for treatment for end-stage heart failure. Ruijin promised to do his best to save the patient.

When the patient arrived at the hospital, doctors found he was suffering from heart shock, kidney failure and a lung infection. His condition was extremely critical.

In the intensive care unit, a total of five life-saving ECMO, or extracorporeal membrane oxygenation, systems were in operation to prolong his life. Several teams have come together to renovate the functions of the organs before a heart transplant.

Usually, ECMO is only two weeks long, which means patients can die if they don’t receive a donated organ within two weeks.

The hospital put the patient on the list of the Chinese organ transplant system. He prepared different circulation plans to take and bring back the organ because the lifespan of a heart after leaving the body is only six hours.

“We have prepared various contingency plans, such as if flights are canceled due to a pandemic, and prepared various routes such as railways and ambulances,” said Zhao Qiang, vice president of Ruijin. “Despite the many problems and difficulties, we were unwilling to give up on the patient.”

The good news came soon enough when the system notified Ruijin of a compatible organ.

The hospital sent staff to another province to retrieve the organ, and the Shanghai Medical Emergency Center managed to prepare an ambulance to transport the precious heart to Ruijin.

The operating room was already in full swing when the heart arrived at the hospital. The organ was placed in the patient’s body at 5 p.m. and it started beating 31 minutes later, indicating the success of the 4-hour surgery.

The patient is now out of life support and recovering well, Ruijin said. 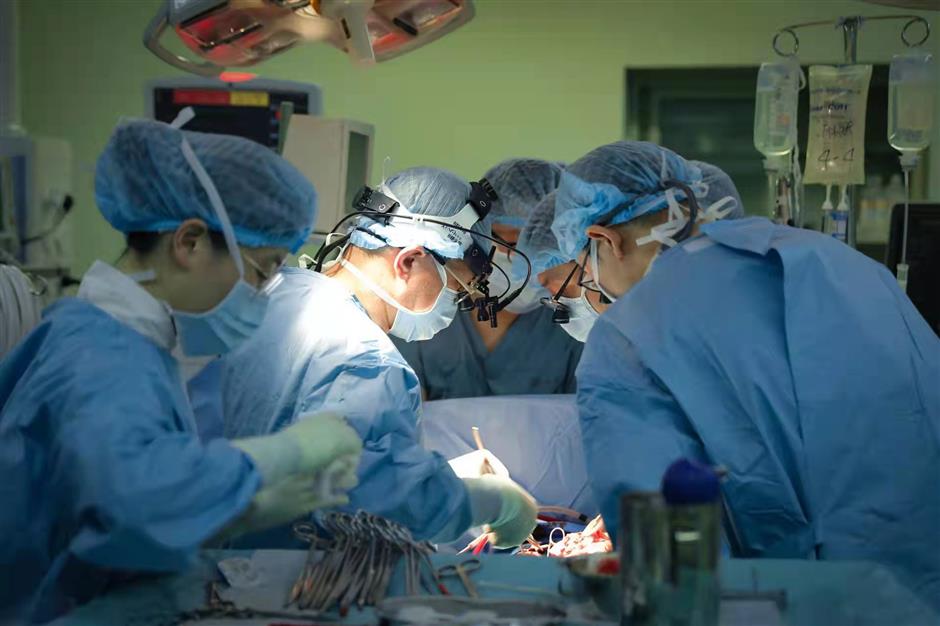