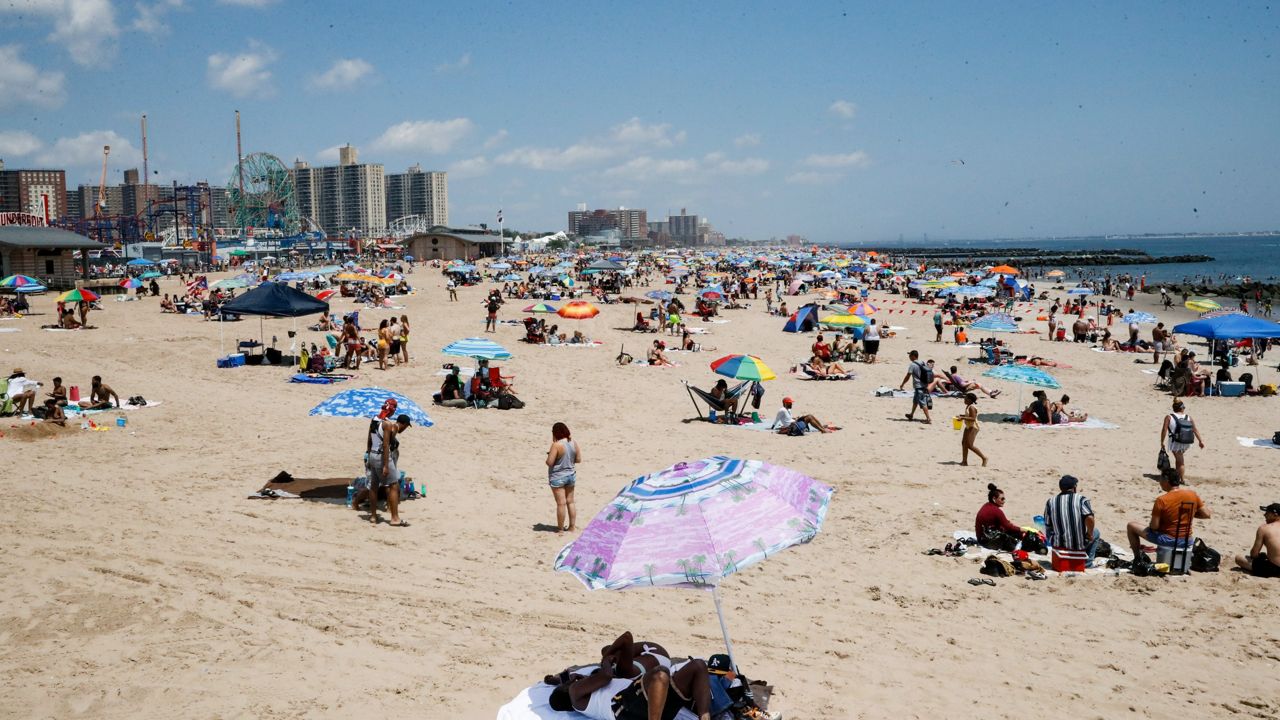 As summer is fast approaching, many of New York’s beloved attractions are resuming their annual festivities. From the reopening of the city’s outdoor pools to concerts and theaters in the park, here’s what you need to know to plan your summer.

The city’s outdoor swimming pools reopen June 28. Be sure to bring your mask as it is mandatory to wear it to enter the facilities, including inside the changing rooms, bathrooms and on the pool deck.

If you want to discover one of thecool pools“, one of 16 outdoor pools that have been renovated in recent years and include amenities such as lounge chairs for sunbathing, cabana-style shade structures and free poolside activities, such as games, crafts and sports, see the list below.

The city maintains 22 km of beaches. They will reopen for swimming on Saturday May 28 and will remain open until September 11.

This means that lifeguards will be on duty daily from 10 a.m. to 6 p.m. Swimming is prohibited in the absence of lifeguards, as well as in closed areas, which are marked.

All of the city’s beaches are free and open to the public.

This outdoor food festival takes place on the last Saturday of each month from April to November at Fordham Plaza. This weekend, May 28, is special, however, as the market celebrates its fifth anniversary.

Although the organizers recommend RSVP to participate in raffles and giveaways, entry to the market is free and no tickets are required.

Like the Bronx Night Market, this outdoor festival is family-friendly and full of art, food, and entertainment. It includes up to 100 vendors selling merchandise, art, and food options. There are also cultural performances honoring the cultural diversity and heritage of Queens.

This market takes place every Saturday from 5 p.m. to midnight from April 16 to August 20 in front of the New York Hall of Science in Flushing Meadows-Corona Park.

The city organizes free film screenings in the parks of the five boroughs. The films will span a variety of genres, including romance, action, sci-fi, and comedy. This Memorial Day weekend, movies scheduled include “Raya and the Last Dragon,” “Dog,” and “Shrek.”

This iconic New York experience, which began in 1965, returns in June after a two-year hiatus. From June 14 to 19, the parks of the five boroughs will be transformed by the classic sounds of the world-renowned symphony.

All performances start at 8 p.m., except the indoor concert in Staten Island, which starts at 4 p.m.

Fireworks will take place after performances in Manhattan, Queens, Brooklyn and the Bronx.

This annual celebration takes place in August and promotes the rich cultural stories, art, cuisine and more of the various communities that make up Harlem’s rich history. The event began in 1974 as “Harlem Day” and grew over the years as it grew in popularity.

June 18, the annual mermaid parade will return to Coney Island’s Surf Avenue after a two-year hiatus. The procession, which began in 1983, “brings mythology to life for local residents who live on streets named Mermaid and Neptune,” according to the parade’s website. The paraders frequently dress in mermaid and/or sea-themed costumes.

(Note: NY1 is one of the parade sponsors.)

Shakespeare in the Park

An unmissable event in the city every summer, Shakespeare in the Park this year celebrates its 60th anniversary of Shakespeare’s free introduction at the Delacorte Theater in Central Park.

Shows this summer include “Richard III” directed by Tony contestant Robert O’Hara and starring Danai Gurira in the title role, and “As You Like It” adapted by Shaina Taub and Laurie Woolery.

The program returns to in-person distributions for free tickets this summer, and TodayTix is ​​back as the official digital lottery provider.

Enjoy some of the nation’s finest museums for free at this annual Upper East Side block party. On June 14, from 6-9 p.m., revelers enjoy free admission to institutions including the Guggenheim Museum, Metropolitan Museum of Art, Cooper Hewitt Smithsonian Design Museum, Jewish Museum and more. Musicians, food vendors and artistic activities will be available.

No cars are allowed.

This summer’s season features emerging and established artists from an array of musical genres, including salsa, jazz, hip-hop, reggae and more. This is the first time in two years that the concert series presents a complete program of shows in the five boroughs.

All performances will be free and open to the public, with the exception of benefit concerts. Select shows will also be streamed live on SummerStageAnywhere.org.

On Sunday, June 12, thePuerto Rican National Day Parade will celebrate 65 years of showcasing the richness of Puerto Rican culture after a two-year hiatus. The procession moving along Fifth Avenue will feature U.S. Secretary of Education Miguel Cardona as Grand Marshal. Nicky Jam will also help lead the procession and will be honored as the “2022 King”. Other winners include rapper Fat Joe and radio host Angie Martinez.

The sounds of reggaeton and calypso will play during this day-long party and parade along Brooklyn’s Eastern Parkway. The carnival celebrates the rich culture and history of the city’s Caribbean community. After a two-year hiatus, the festival returns on Sunday, September 5.

The 53rd annual Pride Parade will take place on June 26, starting at noon at 25th Street and Fifth Avenue and continuing all the way to Chelsea at 16th Street and Seventh Avenue. Grand Marshals this year are Ts Madison, Punkie Johnson, Schuyler Bailar, Dominique Morgan and Chase Strangio, with Angelica Ross returning for a second year as co-host.

But the annual celebration of LBTQIA+ communities is more than just a march. A number of events take place the week before the marchincluding the Hester Street Fair, a family movie night and a garden party on Pier 84.

A Rhode Island teenager with a million dollar idea

The wave of COVID-19 appears to be receding as trends improve in Minn.