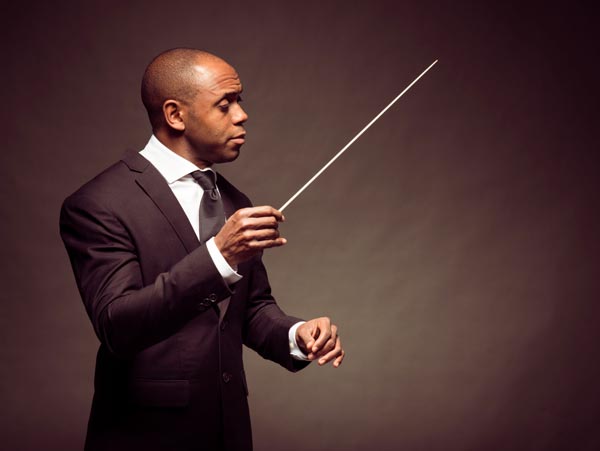 Kazem Abdullahformer member of Symphony in C, conducted a performance of Terence Blanchard’s acclaimed opera Fire locked in my bones at the Metropolitan Opera last fall.

COVID 19 protocols for all concerts: The health and safety of our spectators is our main concern. All members of the public must be fully vaccinated against Covid-19 and wear face masks at all times. Booster shots are also required for all eligible individuals. Please bring your vaccination record or a photo on your phone to show before entry. The concert hall will be limited to 300 spectators. The concerts will be presented without pre-concert talk, without intermission, or program booklet, and will not last more than 90 minutes.

A limited number of tickets for the The Rutgers-Camden Center for the Arts Symphony Series is available now and ranges in price from $24 to $51. All tickets can be purchased online at www.SymphonyinC.org or by calling 856-963-6683. Symphony in C concerts are wheelchair accessible. Assistive listening devices are available at all concerts throughout the season.

Symphony in C performances and programs are made possible in part by funds from the New Jersey State Council on the Arts, Geraldine R. Dodge Foundation, Horizon Foundation for New Jersey, William G. Rohrer Charitable Foundation , Holman Enterprises and Theodore Fondation Presseur. Symphony in C is a member of the South Jersey Cultural Alliance (SJCA).

Advertise with New Jersey Stage for $50-$100 per month, click here for more info

Symphony in C is one of three professional training orchestras in the United States that prepare musicians and conductors who are on the cusp of world-class careers through concert programs, educational outreach, and professional development. Performing at the Gordon Theater at the Rutgers Camden Center for the Arts in Camden, New Jersey, Symphony in C serves more than 90,000 people each year through its critically acclaimed concert series, educational outreach programs and radio broadcasts. . Symphony in C has been designated a major arts institution by the New Jersey State Council on the Arts and strives to continue to have an artistic, educational, and economic impact regionally, nationally, and globally.

American conductor Kazem Abdullah currently lives in Nuremberg, Germany. He served as music and artistic director for the city of Aachen, Germany, from 2012 to 2017. During his tenure, he successfully reached new and diverse audiences through innovative programming and released from the concert hall to go to atypical places. In addition to exploring new venues to deliver concerts to audiences and experimenting with juxtapositions of styles in non-traditional concert formats, he has also performed over 25 operas and collaborated with musicians such as Johannes Moser, Lise de la Salle, Angela Gheorghiu, Augustin Haedelich, and Midori.

A strong advocate of new music as well as established repertoire, Mr. Abdullah continues to develop relationships with national and international orchestras and opera houses. Recent orchestral credits include the Oregon, Indianapolis, Detroit, Pittsburgh and Cincinnati Symphony Orchestras. In addition to his symphonic engagements, he recently conducted an Opera Gala for the Concertgebouw in Amsterdam, the American premiere of Charles Wuorinen’s opera Brokeback Mountain with the New York City Opera and Donizetti Maria Stuarda for the Cape Town Opera.

Of particular note are three acclaimed orchestral engagements: leading the Orquestra de São Paulo, one of Brazil’s most celebrated classical music ensembles, on its third coast-to-coast tour of the United States , conducting the 2009 New World Symphony Ives In-Context Festival by invitations from Michael Tilson Thomas, and filling in at short notice to conduct the Tanglewood Music Center Orchestra in interpretations by Purcell Dido and Aeneas in collaboration with the Mark Morris Dance Group. In the field of opera, Mr. Abdullah has led such prestigious companies as the Atlanta Opera, where he conducted Cosi fan tutteand the Théâtre du Châtelet in Paris, where he conducted sold-out performances of Scott Joplin Treemonisha. Mr. Abdullah made his Metropolitan Opera debut in 2009 conducting Gluck’s Orpheus and Eurydice.

A clarinetist by training, Kazem Abdullah has performed extensively as an orchestral musician, chamber musician and soloist. He spent two seasons as a member of the New World Symphony and performed as a soloist with numerous orchestras, including the Cincinnati and National Symphony Orchestras. He has also performed with leading chamber ensembles such as the Paris-based Trio Wanderer and the Auryn Quartet.

Winner of the “Ettore Pozzoli” International Piano Competition in Italy, pianist Anna Stoycheva is described as follows: “Stoycheva’s tonal palette was a whirlwind of fabulous colors. His agility was astounding at lightning speed” (Coral Gables Gazette). Currently, Ms. Stoytcheva is co-chair of the board of directors of the “Bulgarian Concert Evenings in New York” series, which is held at the Bulgarian Consulate and the Weill Recital Hall at Carnegie Hall. She is also the pianist for the five-member ensemble American Chamber Players, which performs extensively across the United States.

In New York, Ms. Stoytheva has performed at Avery Fisher Hall, Weill Recital Hall, Zankel Hall and Stern Auditorium at Carnegie Hall, Alice Tully Hall and Merkin Hall. Ms. Stoytcheva has been a soloist with Orchestra del’Angelicum, The Juilliard Orchestra, The New World Symphony and Sofia Radio Orchestra among others. Among the conductors she has worked with are Otto-Werner Mueller, Michael Tilson Thomas, Rossen Milanov and Alasdaire Neale. Bulgarian national television has made several documentaries about Ms. Stoytcheva and she has recorded two solo albums, available on the Gega New label.

Greenwich teen philanthropists are making an impact with a grant to the domestic violence center, and more