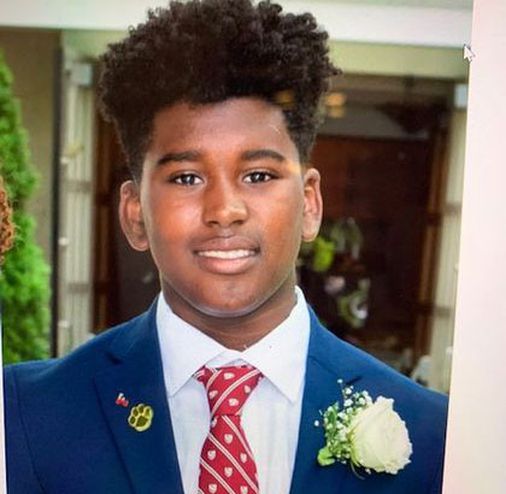 Hundreds of people flocked to Trinity Church in Boston on Friday afternoon to pay their respects to Preston Settles, a 15-year-old who died on Sunday, three weeks after collapsing during a basketball game.

A line of mourners, dressed in black, moved quietly through the cathedral, exchanging hugs and wiping tears from their eyes. Nearly an hour before the scheduled start of the ceremony, the building was close to capacity, with friends and family squeezed five to a pew to make room for new arrivals.

The hum of over 200 whispers and the steady chords of the organ filled the room with quiet reverence.

Settles collapsed and stopped breathing during a basketball game at Brooks School in North Andover on February 5. He died after being treated at three different hospitals.

“Preston was the guy who lit up a room. If Preston was sick for a day, everyone noticed. If you’re in a classroom, you would know because it just wouldn’t be the same,” his friend, Manuel R. Pereira, told The Globe earlier this week.

Officials said the state medical examiner’s office will determine Settles’ cause of death.

His mother, Dr. Lisa Owens, told the Boston Globe on Monday that the working theory was that Settles had “a progressive condition called hypertrophic cardiomyopathy that increases the risk of sudden cardiac death due to arrhythmia.”

An exhaustive effort to save Settles’ life began when he was rushed to Lawrence General Hospital and then airlifted to Tufts Medical Center, where a shift change was in progress. Morning and evening doctors stayed to try and get her heart and lungs working again.

Settles was eventually taken to Boston Children’s Hospital, where an MRI showed extensive damage to his brain from a lack of oxygen. His family then made the “loving and painful decision” to remove the ventilator, according to Owens.

Settles’ family is looking to start a foundation to research his condition and examine how children with it can safely participate in team sports.

In a letter to students, faculty and alumni on Monday, Brooks School principal John R. Packard said that “in his far too short time at Brooks, Preston has cast a long shadow. His effervescence, his contagious spirit and his many talents have earned him many friends and relations on our campus.

John R. Ellement of Globe staff contributed to this report.