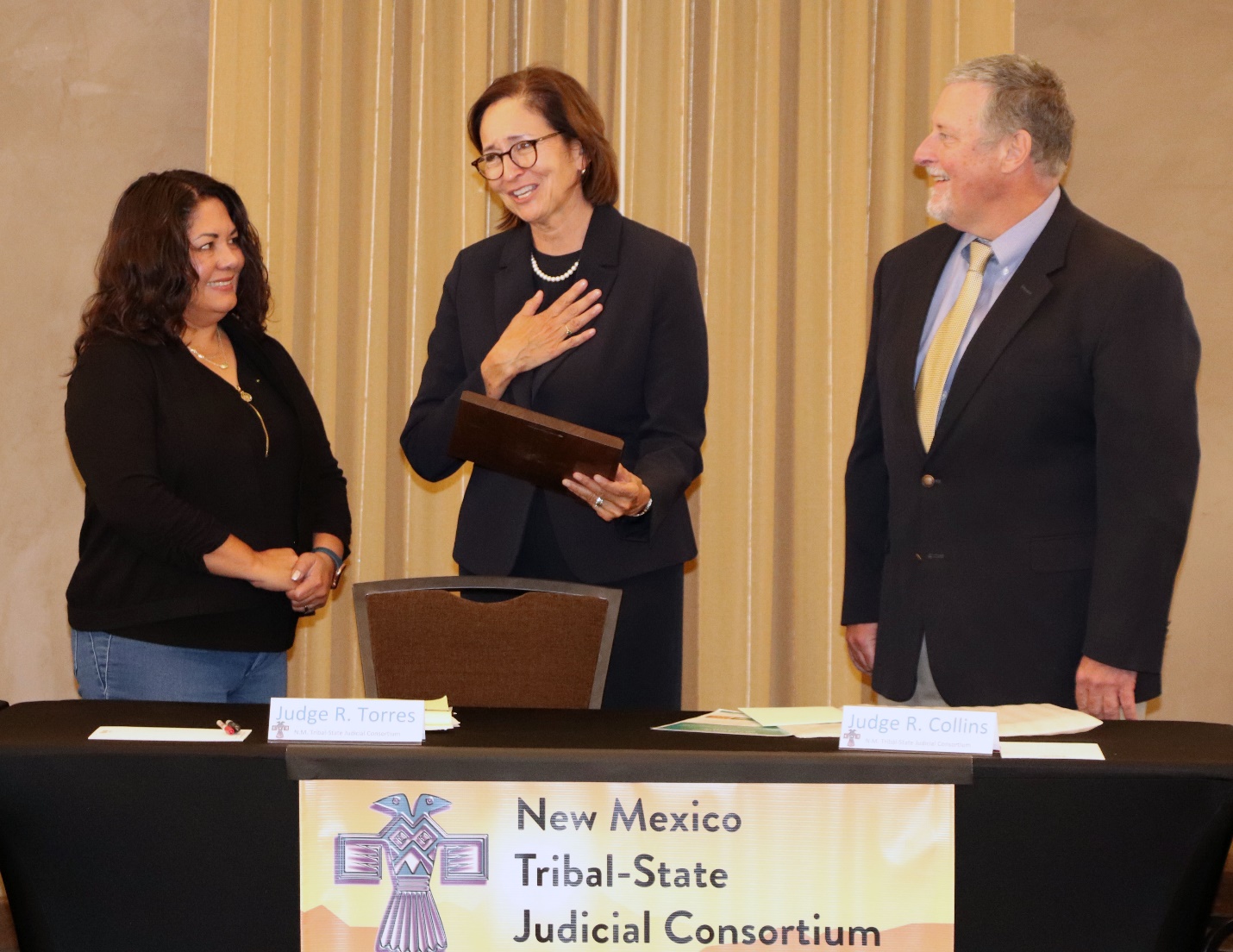 SANTA FE — The New Mexico Tribal-State Judicial Consortium honored retired Supreme Court Justice Barbara J. Vigil for her leadership and guidance as a member of the organization and as a liaison of the Court with it.

“Judge Vigil has worked tirelessly to improve judicial relations and tribal and state law, including the recent passage of state Indian family protection legislation,” the consortium co-chairs said. , Acoma Pueblo Tribal Court Judge Randolph Collins and Bernalillo County Metropolitan Court Judge Renee. Torres. “We appreciate her friendship and look forward to working with Justice Vigil in her role as Secretary of the Department of Children, Youth and Families.

Former Justice Vigil was a member of the Supreme Court from 2012 until her retirement in June and was the Court’s liaison with the Consortium. She also served on the Consortium from 2000 to 2010 as a District Court Judge for the First Judicial District. The Governor announced his appointment as Cabinet Secretary of the CYFD in August 2021.

Justices Collins and Torres presented an award to former Justice Vigil during a luncheon at the Consortium’s Strategic Planning Retreat May 19 in Santa Fe.

The Tribal States Judicial Consortium is an advisory body to the Supreme Court composed of seven state judges and seven tribal judges. Its mission is to encourage and facilitate communication and collaboration among state and tribal court judges on common issues such as child protection, family relations, juvenile justice, and treatment courts. . The Consortium also works to organize the training and education of judges from both court systems on federal and state rules and procedures.