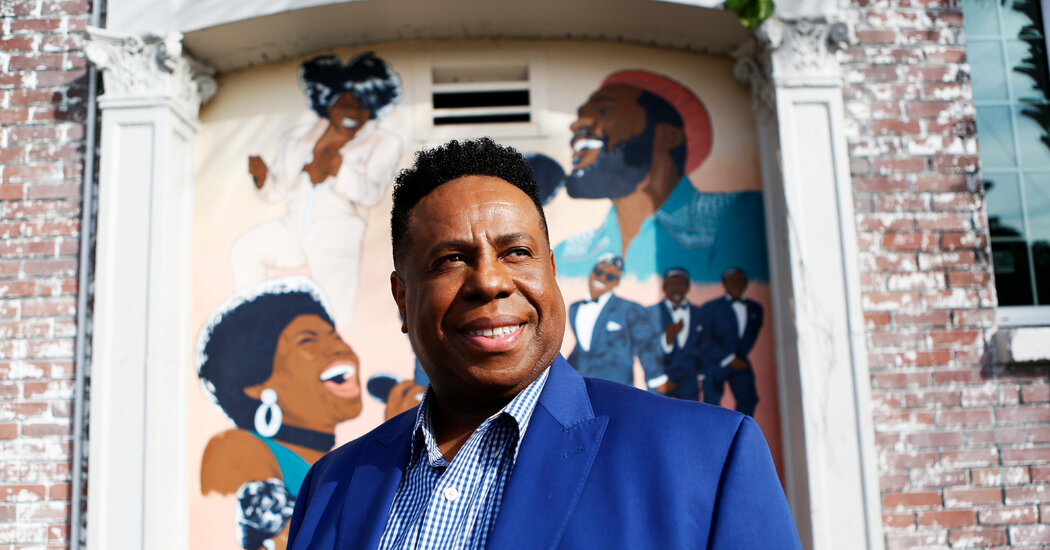 For this theater director, a mission that goes beyond the stage

“It was what it was, and I knew the narrative as a black southerner,” he said, reflecting on the experience.

It was the day after “Eubia! performance, and he was seated in his spacious office at the performing arts complex. We could hear the upbeat singing of a rehearsal of a holiday show. On a window sill he had placed several African figurines and a gold star ornament. Awards and citations lined its walls. A photo of his original business led him to boast about the careers he had fostered.

An actor, Teresa Stanley, joined the company of “The Color Purple” on Broadway and toured nationally with “Rock of Ages”. Another one, Apphia campbell, has taken his solo piece “Black Is the Color of My Voice” to Shanghai and Edinburgh, as well as to New York.

“We’ve been in the same boat for a long time,” said Jacobs.

But let’s go back to the hard-lived past. Following his first community theater production, which he said sold his 500 seats for several evenings to a racially diverse audience, he conducted three more shows for The Players. Then he said he was told that the diversity funding the company received was over. So the company said goodbye.

He remembers asking himself, “What am I going to do with all these actors I brought to the theater?”

With a boost from several of his early supporters, he decided to incorporate. A lawyer took care of the paperwork free of charge. But without a permanent home (an old white van served as a storage unit, locker room and more) and even with positive reviews for his shows (presented in churches and community centers) the pressure was on, as was the debt. .

It was then that more and more supporters came forward.

“I told him he needed an executive director or he should shut down and never reopen,” said Howard Millman, who joined the WBTT board in 2006 after resigning. of his position as artistic director of production of Asolo.

Her mentorship of Jacobs started right away, as did fundraising and finding an executive to lead things. Soon the company owned a warehouse (purchased in foreclosure). Then Christine Jennings, a former banker, came in as managing director and got the company back on its feet. With the help of board chair Doris Johnson, she led a campaign that raised $ 8.3 million for a three-year renovation that turned the warehouse into a small Equity cinema in the cutting edge of technology.