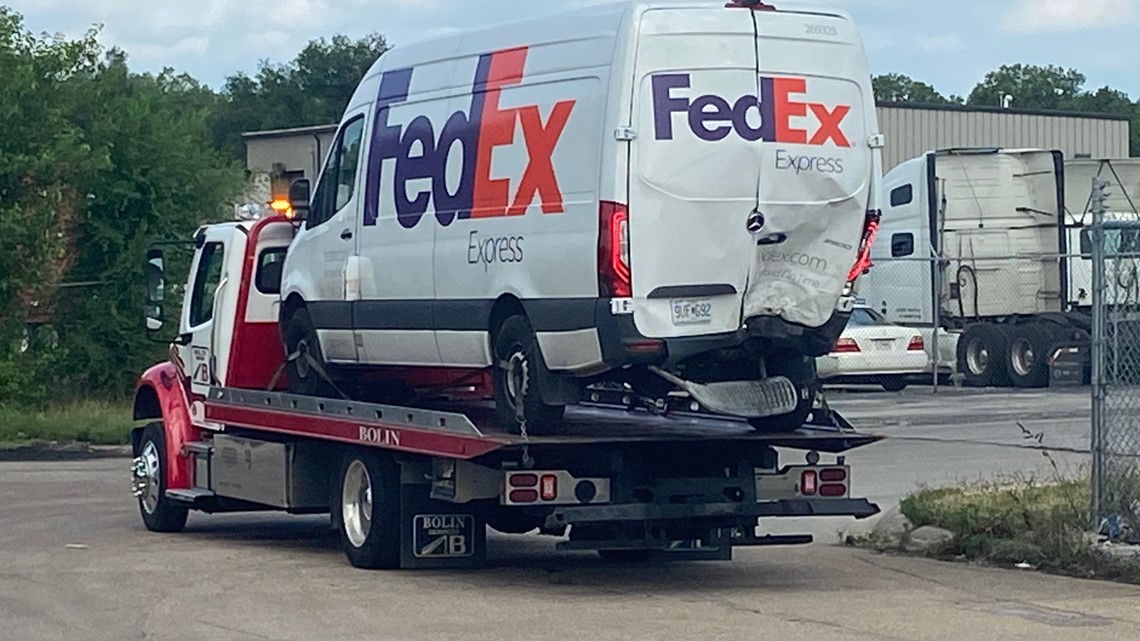 A burgundy colored car was involved in an accident with a FedEx van. The car may have been involved in a shooting before.

ST. LOUIS — Three children were taken to hospital following an accident between a car and a FedEx van on Friday afternoon.

A burgundy-colored car and a Fed Ex van collided on Adelaide Avenue and Hall Street in northern St. Louis.

The extent of the injuries to the children and drivers involved was not immediately known.

The car may have been involved in a reported shooting nearby because the car “may contain ballistic evidence,” a St. Louis Metropolitan Police Department spokesperson told 5 On Your Side. Police said they found casings at the scene of the crash.

The shooting happened two miles away on the 400 block of Blase Avenue. A man says his family was at their home when a car drove by and fired shots.

Police and EMS responded to the accident.

This is a developing story and will be updated as 5 On Your Side learns more information.

Resources for victims of crime:

If you have been the victim of a crime or know someone who has been, 5 On Your Side has compiled a list of resources.

Better Family Life is a non-profit community development organization that works to “stabilize inner city neighborhoods”. One aspect of its mission is an armed violence de-escalation program.

Life Free from Violence “helps people injured by stabbings, gunshots or assaults receive the treatment, support and resources they need to find alternatives to end the cycle of violence. violence”.

The Urban League of Metropolitan St. Louis has an anti-crime program called the “Safety Net for Youth Initiative”, which is a joint partnership with St. Louis Public Schools to provide services to at-risk youth.

Cure Violence is an international organization that recently launched in a handful of neighborhoods in St. Louis. Violence Disruptors are trained to defuse violent situations within their own communities.