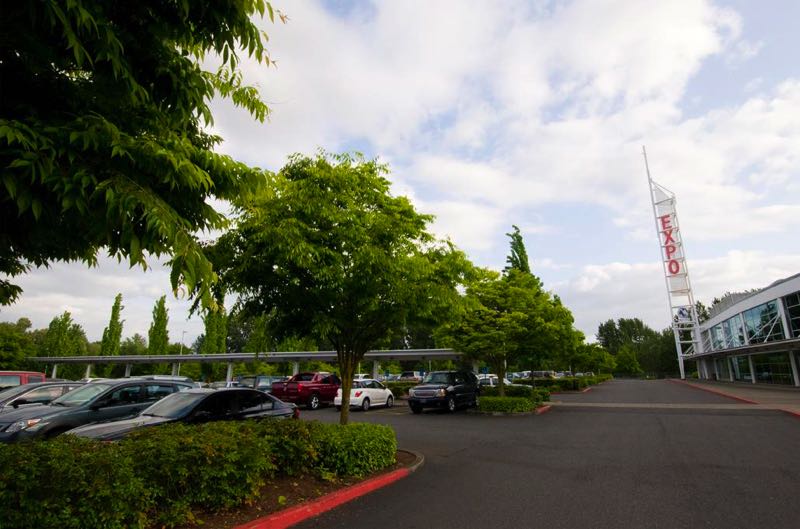 “It’s very important to me that we make sure we do everything we can to keep the region economically prosperous and safe for everyone.”

The Portland Tribune is a media partner of KOIN 6 News.

PORTLAND, OR (Portland Grandstand) – A proposal to turn part of the Portland Expo Center into a managed parking lot for homeless people living in vehicles is likely to face an uphill battle.

The commission, which is made up of seven members appointed by the Metro Council, is responsible for ensuring the financial stability of the Expo Center and two other Metro-owned sites – the Oregon Convention Center and the Portland’5 Center for the Arts.

After Metro and Portland officials explained how the facility could operate, MERC commissioners raised several concerns, including those regarding the availability of support resources for occupants and potential impacts to the surrounding area and other uses. of the site.

“It’s very important to me that we make sure we do everything we can to keep the region economically prosperous and safe for everyone,” said MERC President Karis Stoudamire-Phillips. “We have, you know, concerns, and I think we can have this conversation. This is the start of conversations.

The 53-acre Expo Center sits just west of Interstate 5 on North Marine Drive, which parallels the Columbia River. The site includes large parking lots and five exhibition halls, which host more than 100 events a year, according to Metro. The exhibition center also recently served as a COVID-19 testing and vaccination site.

Portland man jailed for stealing over $800,000 in COVID relief

Amid a regional housing and homelessness crisis, Portland and metro officials said Monday the proposed facility could reduce large numbers of people living in their vehicles that are parked in public spaces. The problem is particularly prevalent in North Portland, according to Metro officials.

“One of the biggest concerns we hear from constituents is related to RV parking throughout the city,” Hardesty, who oversees the Portland Bureau of Transportation, said in a letter to MERC ahead of Monday’s meeting.

Safe parking would be similar to Safe rest villages planned for six locations in Portland, said Chariti Montez, program manager for Ryan’s office. The scheme will include managed parking in the Sunderland area of ​​North Portland.

Officials propose to operate the facilities of the exhibition center for 18 to 21 months. It would be staffed 24/7 by a shelter operator and would include bathrooms, showers, common areas, and laundry and trash services, Montez said.

Some people who would be eligible to use the facility have immobile RVs, she said, adding that their team is working with PBOT to come up with a plan to tow vehicles to the site or repair them.

Subway officials have identified three areas along North Force Avenue in the southwest portion of the Expo Center that could be used for the installation.

But challenges exist in every area.

Some challenges are not new. Peterson and Ryan first discussed using the Expo Center as a safe, managed parking location more than a year ago. The costs associated with the project led Portland officials to explore other locations. A sticking point was the cost of paving, as required by Portland city code, Willamette Week reported.

Two areas under the new proposal – the upper and lower portions of “Upper Lot 6” – would require paving. Metro officials say the lower section has no access to electricity and would require other major upgrades such as leveling and clearing of vegetation. The upper part is used for long-term storage of materials and sometimes for parking.

The most suitable area, called “Upper Lot 5,” is already paved and powered, but is used for hosting large events at the expo center and overflow parking.

“One of the things I would like to see before we start a serious discussion would be that there would be a dedicated service that would step in and help evacuate these people to a more suitable location,” she said.

Commissioner Dañel Malán said “good neighbor agreements,” which are established between shelter operators and nearby businesses and residents, have not always been upheld to the satisfaction of Portland residents.

Ryan validated the commissioners’ concerns and underscored the seriousness of the homelessness crisis.

“The impact of the humanitarian crisis on our streets is one of our biggest challenges,” he said. “We innovate, it’s messy.”

The meeting ended with commissioners asking Portland and Metro officials to provide additional answers to questions about their concerns after the meeting.

Subway staff need guidance from MERC to develop cost estimates, according to the memo from the meeting. However, they have already begun to explore ways to reduce potential investment costs.

May 4 webinar: Evolution of the metro network