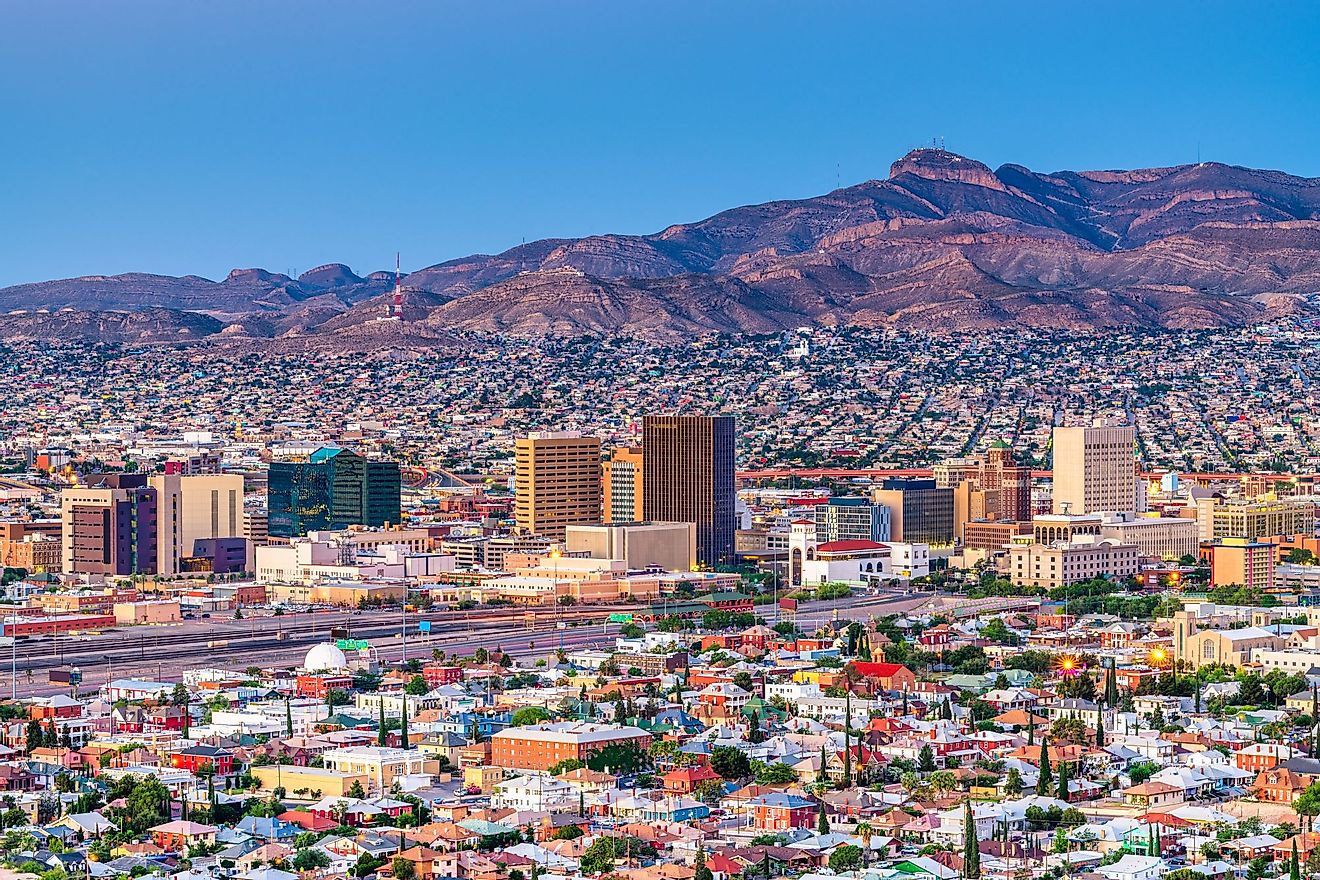 El Paso is a large city located in El Paso County, in the westernmost part of the US state of Texas. The city is in an area where the border between Texas, Chihuahua, New Mexico and the United States and Mexico intersect. It is the most important international metropolis in the world and perfectly combines the cultures and traditions of the rich history of the Wild West with the vibrant colors of Mexico, the rich Native American heritage and the lure of the desert sun. El Paso has been known for a long time from the beginning when the Spanish conquistadors first set foot on the banks of the Rio Grande in 1598, and until today, with the annual influx of millions of tourists.

Geography and climate of El Paso

As the county seat of El Paso County, El Paso is located closer to the capitals of four other states than the Texas state capital, Austin, which is 850 km away. The capitals of these other states are Hermosillo, Sonora (523 km), Ciudad Chihuahua (351 km), Phoenix, Arizona (690 km), and Santa Fe, New Mexico (439 km). El Paso is located in the easternmost region of the Basin and Range, which is the Chihuahuan Desert. It is located under a small opening where the Rio Grande emerges from the arid southern Rocky Mountains at the foot of the Franklin Mountains (at an elevation of 3,762 feet).

The Mesilla Valley begins on the west side of town, and the desert and lower valley extend to the east side, both separated by the Franklin Mountains. At the southernmost point of the mountain range, they meet in the central business district. Along with Fort Bliss and El Paso International Airport, the 24,000-acre Franklin Mountains State Park, which is one of the nation’s largest urban parks, is located entirely within the city limits of El Paso. El Paso. The 23rd largest city in the country and the 6th largest city in the state, El Paso covers a total area of ​​671.46 km2, of which 669.33 km2 is occupied by land and 2.13 km2 by water .

Juan de Onate, a Spanish Franciscan friar who colonized New Mexico, first identified this important location in 1598 and gave it the Spanish name El Paso del Norte (meaning “The North Pass”). The first Spanish-Indian settlement was established in the area of ​​what is now known as Ciudad Juarez, Mexico in 1659. Butterfield Stage’s road to California passed through the town, which was laid out in 1859 and became an American city in 1873. Until the arrival of four railroads in 1881, it grew slowly; by 1890 its population had more than increased tenfold, reaching 10,338. Border disputes were caused by the bend of the Rio Grande to the south in the 1860s; Mexican claims to El Chamizal, a piece of land in Texas, were first made in 1895. The 55-acre Chamizal National Memorial (built in 1968) honors the disagreement over the realignment of the river channel that has finally settled in 1963.

According to the same census, El Paso has an employment rate of 55.2% with a poverty rate of 19.1%. The homeownership rate is 59.6%, where the median gross rental cost is $857 per month, with a median household income of $48,866. The unemployment rate in El Paso is 7.4%. The job market in El Paso grew 1.9% over previous years. Compared to the US average of 33.5%, future employment growth in El Paso is expected to be 35.9% over the next ten years.

Attractions in and around El Paso

The El Paso skyline frequently features the magnificent Franklin Mountains. Plus, they provide a much-needed recreational outlet for El Paso residents and out-of-state visitors. Conveniently located on the north side of the city and one of the largest metropolitan parks in the country, the 27,000-acre Franklin Mountain State Park is a popular spot for hiking, mountain biking, and rock climbing. This large state park offers many enjoyable activities, such as geocaching, ranger-led programs, and wildlife viewing. The Franklin Mountains also offer a range of scenic drives for those short on time.

The Mission Trail, which begins in El Paso and passes through the state’s most important remaining Spanish mission sites, is one of the most incredible ways for visitors to experience Texas’ rich multicultural heritage. Among other missions, Ysleta Mission is a notable landmark along this scenic road route. It is the oldest such building in the state and was dedicated in 1682. Surrounding the missions are various other cultural sites, including restaurants, art galleries, and organizations like the Tigua Indian Cultural Center.

The Plaza Theater, which sits in the center of downtown, is a proud reminder of El Paso’s musical past. The Plaza Theater Performing Arts Center, which was first built in 1930, features some of the best shows and tourist attractions in El Paso. Simply admiring the ornate auditorium space is part of the experience of this Spanish Colonial Revival style theatre. Stars painted on the ceiling that reflect the sky of a summer night and mosaic floors, decorative metal railings and antique furniture all contribute to the eerie atmosphere of this theater.

More than 7,000 works of American, European and Mexican art, dating from the 12th century to the present day, are housed in the remarkable collection of the El Paso Museum of Art. Many excellent works of Southwestern inspiration can be found in the American Art Collection.

El Paso is a mix of cultures, people and cuisines. The city is full of historical attractions and its distinctive desert landscapes are home to a variety of flora and fauna. El Paso is therefore a friendly and diverse city with a lot to offer.