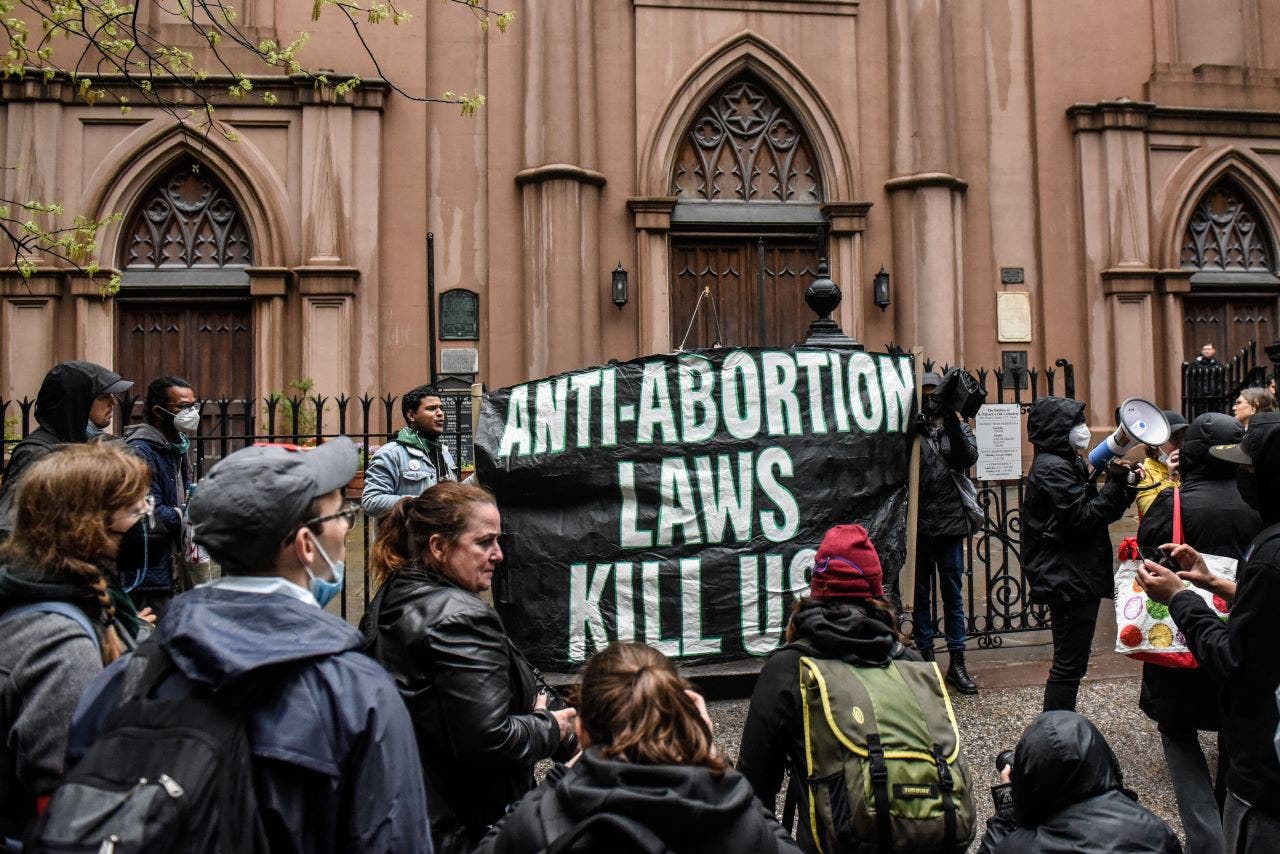 The Washington, D.C. Metropolitan Police Department (MPD) told Fox News Digital they were “aware” of what they described as “potential disruptions associated with First Amendment protests” on Sunday following some anti-abortion activists calling for protests in Catholic churches. .

“The MPD is aware of the potential disruptions associated with First Amendment protests,” a spokesperson said. “MPD will monitor, assess and plan accordingly with our local and federal partners. We have increased available resources, including the activation of our civil disruption units, in preparation for these activities.”

A GROUP OF ACTIVISTS THREATENS TO “BURN THE EUCHARIST” IN. DISPLAY OF “DISQUET” TOWARDS CATHOLICS: “BIGOTRY”

The MPD did not respond to Fox News’ request for clarification as to whether it considers disruption of a religious service to be protected by the First Amendment, nor did it say whether any groups received permits to demonstrate.

Anti-abortion activists confront a rally of abortion rights protesters outside a Catholic church in midtown Manhattan on May 7, 2022 in New York City.
(Spencer Platt/Getty Images)

A pro-choice group known as ‘Ruth Sent Us’, a reference to the late Supreme Court Justice Ruth Bader Ginsburg, originally posted a video of a group of women wearing costumes inspired by ‘The Handmaids Tale by Margaret Atwood walking through what appears to be in front of a Catholic church during mass.

“For 2,000 years, the Catholic Church has been an institution for the enslavement of women,” says one of the protesters in the video, which calls for protests between May 8 and May 14.

Abortion rights activists gather outside a Catholic church in midtown Manhattan to voice support for women’s right to choose on May 7, 2022 in New York City.
(Photo by Stephanie Keith/Getty Images)

Ruth Sent Us also threatened to burn the Eucharist in response to a Twitter user who offered to pray for them on Saturday.

“Fill your rosaries and armed prayer,” the organization tweeted. “We will remain outraged after this weekend, so keep praying. We will burn the Eucharist to show our disgust for the abuses the Catholic Churches have tolerated for centuries.”