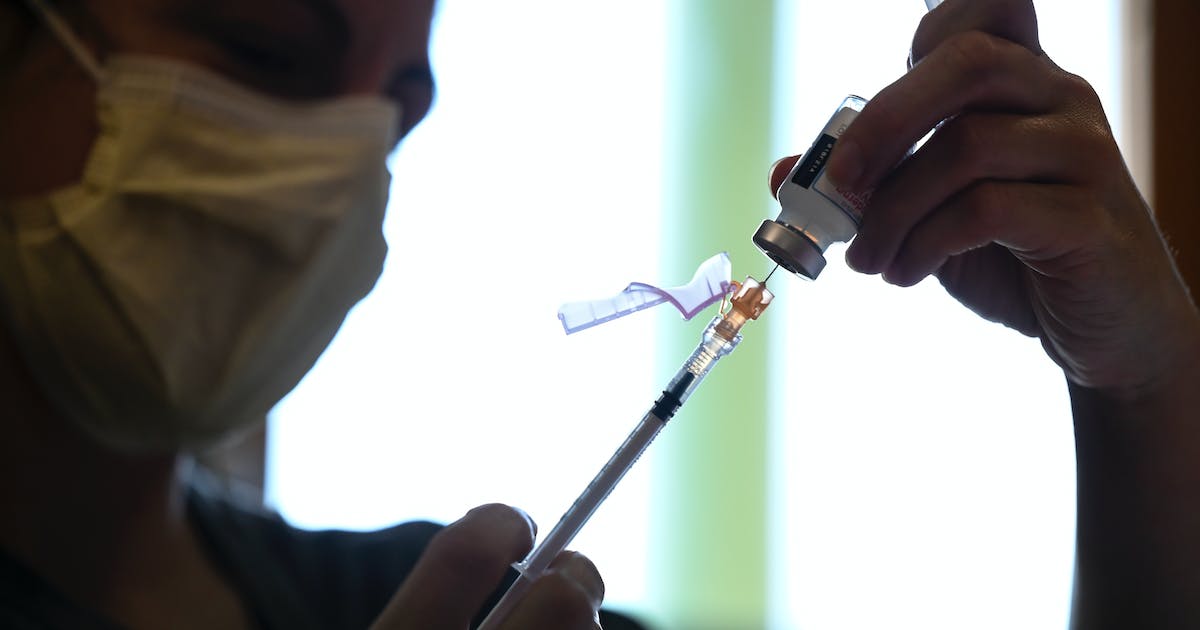 Coronavirus levels in Twin Cities sewage have risen 58% over the past week, indicating the peak of Minnesota’s latest COVID-19 wave is yet to come.

Growing viral spread has led to more infections — 2,424 more were reported Friday by the Minnesota Department of Health along with three more COVID-19 deaths — but it hasn’t produced the level of severe illness that happened during Minnesota’s early pandemic waves.

State health officials say they believe immunity from recent vaccinations and infections is helping to lower the rate of serious illness during the latest wave. However, they urged continued vaccinations against COVID-19, as even a low rate of severe illness can drain hospital capacity if enough people are infected at once.

Only 49% of Minnesotans age 5 or older are considered up-to-date on their vaccinations, meaning they have completed the initial series and received the first boosters when recommended. This number has not changed for weeks as the rate of new vaccine recipients is offset by previous recipients who have refused boosters and lost some immunity to infection.

Sewage data has become a key to Minnesota’s pandemic surveillance because over time it has identified changes in viral spread before the number of COVID-19 cases begins to rise or fall. The viral load recorded at the Saint-Paul plant this week is the highest since mid-January and is 20 times higher than this year’s low point in mid-March.

The increase juxtaposed with the latest aggregate results from 40 Minnesota wastewater treatment plants that serve about 67% of the state’s population. Viral loads at 13 other metro-area treatment plants have declined since last week, according to aggregate results provided by the University of Minnesota. Sampling results may vary from plant to plant, particularly if faster-spreading virus variants are more prevalent in some communities than others.