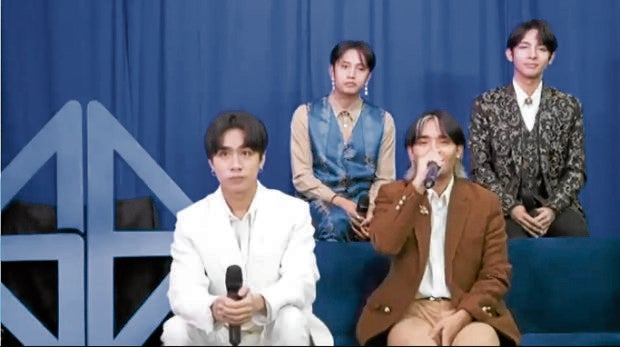 “Art is essential for us to navigate the pandemic,” National Motion Picture Committee (NCA) chief Rolando Tolentino said at the recent virtual media gathering to kick off the celebration of National Arts Month (NAM ) 2022 in February.

With this year’s theme, “Sining ng Pag-asa”, the National Commission for Culture and the Arts (NCCA) will celebrate NAM from February 4 with a series of events organized by the seven National Arts Committees following: architecture and related arts, film, dance, literary arts, music, drama and visual arts.

“The NAM celebration will be entirely online,” said Tolentino, who also leads the Arts Subcommittee (SCA) that encompasses the committees. “Through our respective platforms, access will be granted not only to enthusiasts of our programs, but also to Filipinos around the world.”

To show her support, Gray released “The Grand Reveal,” a fashion short filmed at the historic Metropolitan Theater in Manila. Through the short, Gray presented “an aspect of Filipino culture and arts in a creative and modern way”.

Explaining this year’s theme, “Sining ng Pag-asa,” Gray said in a pre-recorded message that the celebration aims “to recognize the arts as a source and expression of hope, as seen in the creative ways in which we respond to the effects of the pandemic, natural calamities and other social realities, as well as the role of the arts in improving our community life as Filipinos.

Separately, SB19 performed at the NAM 2022 virtual press conference. SB19 member Justin de Dios said the group will help promote culture and the arts “by working harder than we know it. have done over the past few years. We will not only show the beauty of the country in our performances, but also in the social media content that we will produce. We know full well that the youth, which is our niche market, are addicted to the media We intend to leverage our strength in this platform.

The 14th Cinema Rehiyon, whose theme this year is “Cinema Society in Global Change”, is also an important part of the NAM celebration. It will feature 100 films that were mostly produced in 2021. They will be made available, free of charge, through Cinema Rehiyon’s Vimeo account from February 16 to 21.

The annual independent party, showcasing the best of regional cinema, is the NCCA’s flagship program. According to Tolentino, the festival will also feature a special program that will feature 50 films, including four feature films, with social commentary.

“We will be rolling out these films at this crucial time when we need awareness during the election period, as well as to counter the trolls and fake news prevalent in the media,” Tolentino explained.

The festival will also have an “international content dimension”, he added. This means that the Asian shorts will be streaming on Vimeo from February 25 to March 31. “For more than a month, we will have access to 160 films that will awaken us to a kind of critical consciousness,” Tolentino said.

Catriona Gray in “The Big Reveal”

During the virtual press, a question was raised as to the NCCA’s overseas reach in relation to the NAM celebration. To this, NCCA President Arsenio “Nick” Lizaso replied, “Over the years, the NCCA’s overseas presence has improved. In fact, a Sentro Rizal satellite office was recently inaugurated in New York. Jose Rizal’s grandchildren, who are based there, attended the inauguration.

Also as part of the NAM celebration, Lizaso said the NCCA is hosting a webinar on “Rizal in the company of heroes and his adventures in Europe,” in cooperation with the Philippine Consulate in New York.

Lizaso also reported that some 125 Filipino artists were supposed to travel to Dubai with him for a performance, but the event was canceled due to the recent COVID-19 Omicron outbreak.

As for her message to the artistic community that has been crippled by the pandemic, Lizaso said, “Let’s not lose hope. We can’t stop doing what we do. I keep saying, “Let’s get the art out there faster than the pandemic.

The latest entertainment news straight to your inbox