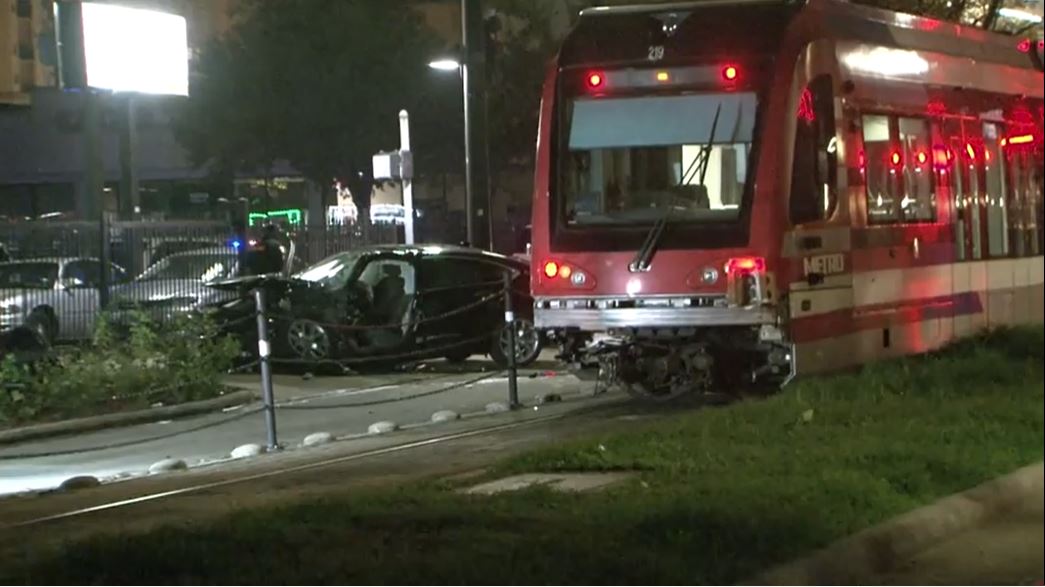 Car on tracks hit by the metro; one taken to hospital in serious condition

The Houston Fire Department responded at around 4:15 a.m. to the crash after a car driver failed to stop for a train, which struck the vehicle, according to Metro Video.

On HoustonChronicle.com: Houston man charged with murder in August shooting near Midtown

One person in the car was injured and taken to hospital in serious condition, according to Metro Video. No one on the train was injured.

This is a developing story. Check back for updates.