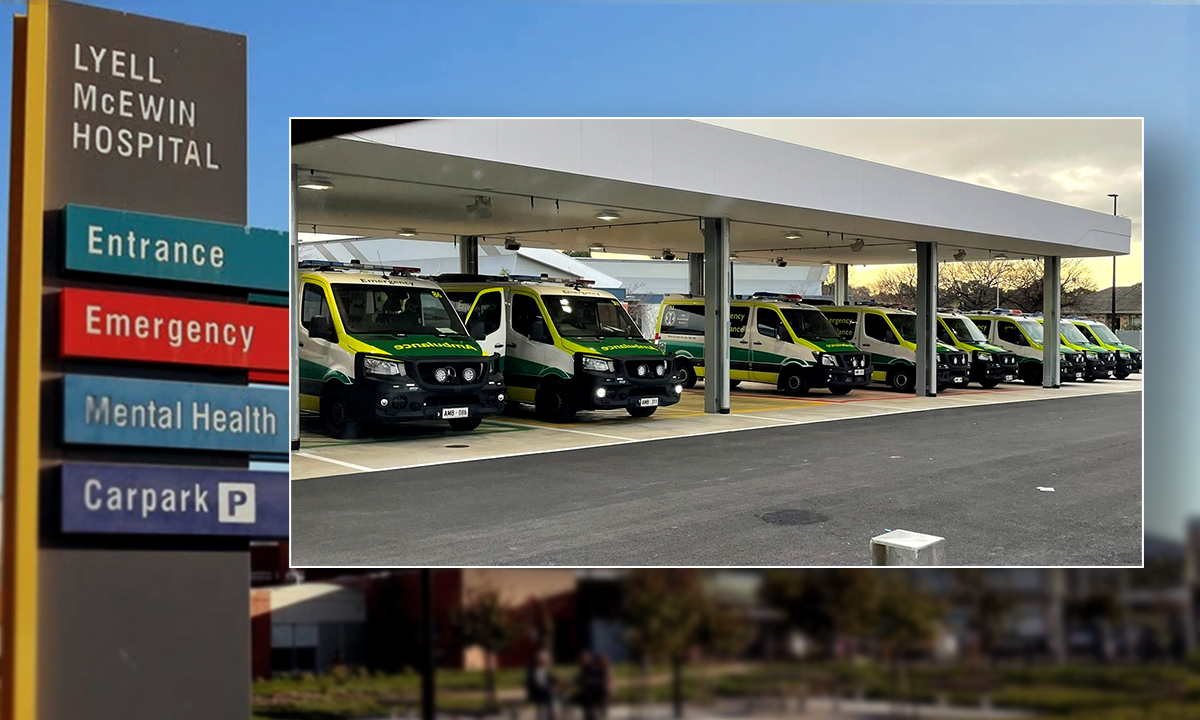 SASMOA Industrial Director Bernadette Mulholland said InDaily this morning that doctors texted him throughout the evening, expressing their frustration and concern.

“It’s so tough and brutal out there right now,” she said.

“Words like ‘broken’, ‘traumatized’ were used – these are the people trying to provide the care.”

Mulholland said the last update she received last night was around 9.30pm, with doctors telling her there were 92 patients waiting in the emergency department which has 52 beds.

Many of them were still waiting to be seen and hadn’t even moved up the queue.

The union had tweeted earlier in the evening that there were 87 patients in the 52-bed emergency department, 40 of whom were waiting to be seen.

87 patients at the LMH emergency department, which has 52 beds, including 40 patients awaiting consultation. 10 patients currently in triage, so soon 93 patients in the emergency room – these situations are created by bad bureaucracy that does not fund beds and necessary manpower 4 current health demand @SAHealth pic.twitter.com/j9uy01f01C

“These situations are created by a poor bureaucracy that does not fund the beds and manpower needed (for) current healthcare demand,” the tweet read.

The union also tweeted a photo of ambulances apparently mounted in front of the emergency room.

“They were getting a huge number of introductions, especially walk-ins,” Mulholland said. InDaily.

“Then we started to see the ambulances start to ramp up.”

Mulholland said the problem is exacerbated because the ER is in the process of upgrading its electronic patient record system, which is further slowing things down.

“We are in a real winter crisis right now – we have a new electronic system (for patients) in place, they are already short-staffed…and we don’t have enough staff on a day-to-day basis,” she says .

“Doctors are saying they are starting to lose the ‘situational awareness’ of patients – i.e. where are we, which patient is where, what safety arrangements do we have in place, we can’t we see them all?

“It increases the level of anxiety.

“They found it really difficult to be in that environment.”

Doctors had accused hospital management of blocking attempts to recruit staff, but Mulholland said $3.9 million had now been released in part for that purpose.

“But the problem is this – there are already difficulties recruiting medical staff, there is competition for staff within local health networks, interstate and overseas,” she said. .

“We already know that GPs – advertised as alternatives (to emergency services) – are hard to get to.”

She said it could take three months to recruit a doctor.

A spokesperson for the North Adelaide Local Health Network said “The Health System and all Metropolitan Hospitals experienced significant demand for emergency services last night in line with the recent continued pressure from COVID -19, flu and winter demand”.

“Presentations to the emergency department at Lyell McEwin Hospital last night were consistent with the usual activity experienced at the end of a busy weekend, with a significant number of walk-in visits as well as patients arriving by the SA Ambulance Service,” the spokesperson said in a statement.

“We continue to respond to the continued pressure with measures such as prioritizing patient discharges where appropriate, reviewing elective surgeries daily, and canceling non-essential meetings for clinicians.

“We thank the community for their patience and remind them to call HealthDirect for help if you are unsure whether your condition requires emergency medical treatment.

“We recognize the hard work undertaken by our staff every day as we navigate this time of high demand, and we thank them for their commitment to our patients. »

A state government spokesman said the government was working to address the long-standing bed and labor shortage at Lyell McEwin. 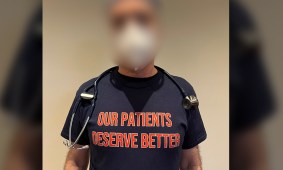 “This government is doubling our campaign commitment from 24 to 48 more beds to help solve the access blockade, giving emergency room patients a place to go while easing pressure on frontline staff,” the gatekeeper said. speech in a press release.

“We are taking immediate action to increase the capacity of our public health network, including adding 107 additional private hospital beds across the system.

“We are opening sites like Regency Green to get NDIS patients out of hospital and into community care, freeing up beds for patients who would otherwise be stuck in the emergency department, as well as hundreds of spaces for elderly patients. safely evacuated to aged care facilities.

Media diversity is under threat in Australia – nowhere more than in South Australia. The state needs more than one voice to guide it, and you can help with a donation of any size to InDaily. Your contribution goes directly to helping our journalists uncover the facts. Please click below to help InDaily continue to uncover the facts.