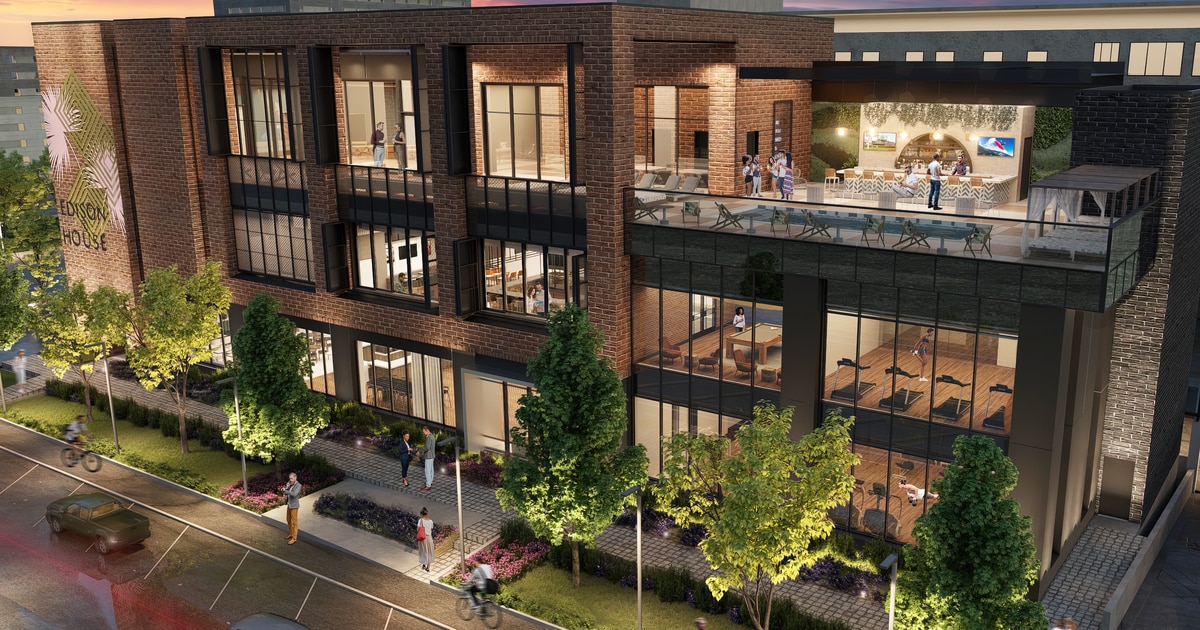 Edison House is due to open in September and already has 3,000 people on its waiting list.

(Edison House) An architectural rendering of Edison House, a social club that will be located at 335 S. 200 West. Applications for the club opened on May 20, 2022.

A new private social club in downtown Salt Lake City is now accepting applications and encouraging people to sign up even though there were 3,000 people on the waiting list.

This should not discourage people from applying for Edison Houseat 335 S. 200 West in Salt Lake City — or by reapplying if they’re not accepted in the first round, said Lauren Boyack, the club’s membership manager.

Applications opened on the club’s website on Friday, and the club is aiming for a September opening date.

“We plan to open with 1,000 members, but we believe the operation could support a much larger community of members,” Boyack said. “We just want to make sure that we are firing on all cylinders operationally when we open our doors on day one. But we will have the opportunity to grow beyond that thousand.

Subscriptions cost $225 per month, plus a $500 onboarding fee. Spouses and partners can be added to membership for an additional $100 per month, with a $100 onboarding fee, and members can bring two people with them per visit. The club also offers discounted sponsored memberships, for those who cannot afford the full membership fee.

Edison House is the brainchild of brothers George Cardon-Bystry and Charlie Cardon, eighth-generation Utahns who spent time in big cities and wanted to bring a more metropolitan vibe to downtown Salt Lake City. This is offset by the deliberate use of the word “home” in the club’s name – the brothers said they wanted to create a “home away from home” for members.

The 30,000 square foot club will house a fitness center, theater, rooftop bar that borders a swimming pool, piano lounge and karaoke bar. Concerts, lectures, film screenings and rooftop brunches are also in the works. There will also be off-site events, such as hikes and picnics.

“We also have an absolutely magnificent performance hall [called Speakeasy], where we will be hosting many events,” Boyack said. “We always talk about Edison House and how to support it in three parts. Community is key; the clubhouse is amazing, then the third leg of this stool will be experiences.

The club has hired a full-time programming director, who will plan events using this performance space, Boyack said.

The club recently hired Zachary Wiley as executive chef. Wiley was the chef and owner of Pallet, the atmospheric restaurant on 400 West which received many accolades over its nine-year run, but closed during the pandemic.

Wiley will oversee the club’s two restaurants: Society, an upscale venue on the first floor, and Atrium Bar and Grill on the second floor, which is more casual. He will also be in charge of the bars at both restaurants, as well as the one on the rooftop pool deck and the one inside Speakeasy.

Boyak said the Edison House model was not the club of cigars and stuffed chairs of old, but rather that of London Soho House – although this is not a completely parallel comparison.

“They’re just focused on arts and entertainment professionals,” she said. “We seek to build a community that truly embraces diversity in the truest sense. Member clubs have historically underrepresented women and people of color, and that’s something we want to control. So that’s part of our process.

Boyak added that in conversations she’s had so far with potential members, she’s heard that in Salt Lake City, “it can be very difficult to get out of your professional bubble. I think people tend to be siloed in their industry and don’t interact with a lot of people outside of their workplace, so we really want to represent all different professional backgrounds equally.

Edison House has already sent out an initial round of invitations and will make the application link available Friday on its website.

“It’s a very short 5-7 minute app, where you talk a bit about yourself – what your interests are, what you hope to get out of the club, all that good stuff,” Boyack said. “Then you will be contacted by a member of our membership committee to do a brief interview, and that’s really the whole process. …

“We’ve found over the past few months of networking and meeting people and giving them the opportunity to apply, there’s no substitute for meeting someone,” she said. “You can ask all the detailed questions you want on the app, but until you sit down with someone, it’s hard to get a real sense of who they are.”

Top Energetic Features of Online Payday Loans Inside the Eddyville |